Brand new Boeing 737 went down just minutes after take-off from Jakarta early Monday, killing all 189 people on board. 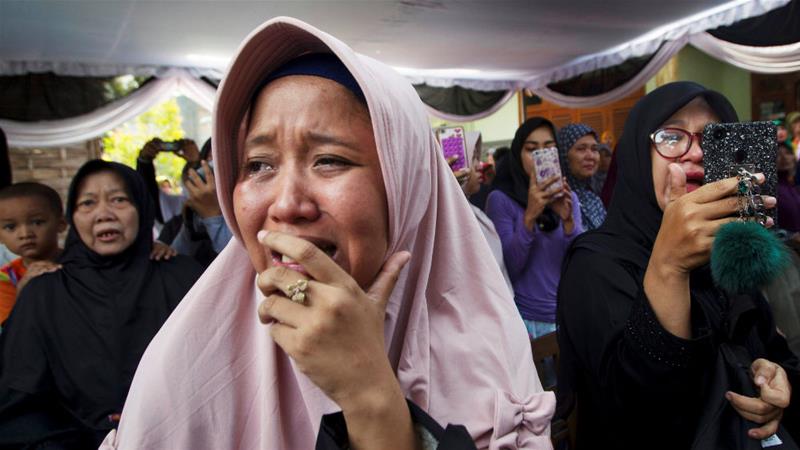 Indonesian divers recovered a flight recorder from the downed Lion Air jet on the sea floor on Thursday, a crucial development to find out what caused the new plane to plunge into the sea and kill 189 people.

One TV station showed footage of two divers after they surfaced, swimming to an inflatable vessel and placing the bright orange device into a large container that was transferred to a search-and-rescue ship.

The device recovered by divers is the flight data recorder and the search continues for the cockpit voice recorder, Transport Minister Budi Karya Sumadi told a news conference.

The flight recorders record information about the speed, altitude and direction of the plane as well as flight crew conversations and could hold vital clues into the cause of the deadly accident.

“If there is an anomaly, some technical problem, it is recorded there too,” said aviation analyst Dudi Sudibyo.

The treasure trove of information flight recorders provide, helps explain nearly 90 percent of all crashes, according to aviation experts.

Navy divers interviewed on Indonesian television described recovering the flight recorder from the depths of the Java Sea.

“I was desperate because the current below was strong,” said navy diver Hendra, who uses a single name. “I started digging and cleaning the debris until I finally found an orange object.”

Navy Colonel Monang Sitompul said what is believed to the aircraft’s fuselage was also seen on the seafloor.

The wreckage will be lifted using a crane because of the many bodies likely to be trapped inside, officials said.

Syaugi said the location of the find was about 500 metres northwest of the coordinates where the plane lost contact.

The Boeing 737 MAX 8 plane crashed early Monday just minutes after takeoff from Jakarta. It was the worst airline disaster in Indonesia since 1997, and renewed concerns about safety in its fast-growing aviation industry, which was recently removed from European Union and US blacklists.

The flight recorder could provide clues to what happened after the two-month-old plane lost contact with ground staff just 13 minutes after taking off early on Monday from Jakarta, on its way to the tin-mining town of Pangkal Pinang. There were no survivors.