Detectives launch murder investigation after man in his 20s stabbed

Detectives have launched a murder probe after a man in his 20s was stabbed to death in a flat.

Police rushed to the property in New England, Peterborough, around 5am this morning following reports of a fight resulting in a stabbing.

The victim is believed to be in his 20s but formal identification has not yet taken place, Cambridgeshire Constabulary said in a statement.

A cordon has been put up outside the flat and a police van remains at the scene.

No arrests have yet been made. There was a party at the property that evening and some attendees may have left prior to police arriving, the force said. 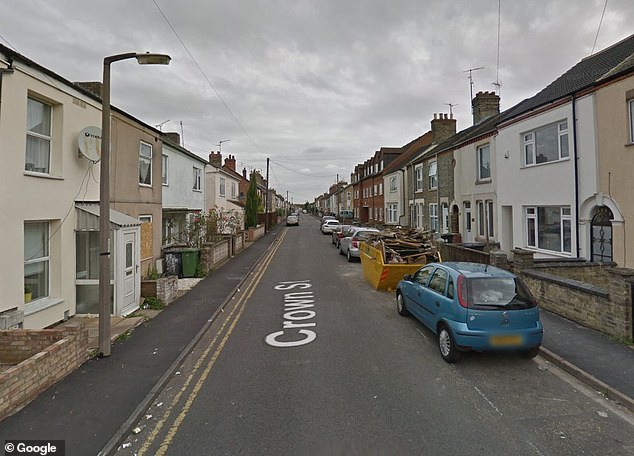 Detectives have launched a murder probe after a man in his 20s was stabbed to death in a fight in a flat in New England, Peterborough (the area, pictured)

DCI Emma Pitts, from the Bedfordshire, Cambridgeshire and Hertfordshire Major Crime Unit (MCU), said: ‘No arrests have been made at this time however we are in the process of speaking with a number of potential witnesses.

‘We are aware a party had taken place at the flat and some people may have left.

‘My plea is for anyone who may have information and we have not yet been in contact with, to get in touch with us as a matter of urgency.

‘I am also keen to speak with anyone who may have been at the flat earlier in the evening or any taxi drivers who collected fares from the location.’

Anyone with information about the incident is urged to contact the force quoting incident 82 of 8 May.