A DAYCARE teacher is accused of breaking the leg of a three-year-old boy by kneeling on it while telling him off for bad behaviour.

Estefany Acosta, 24, was arrested on Tuesday in the city of Boca Raton, California, and charged with child abuse. 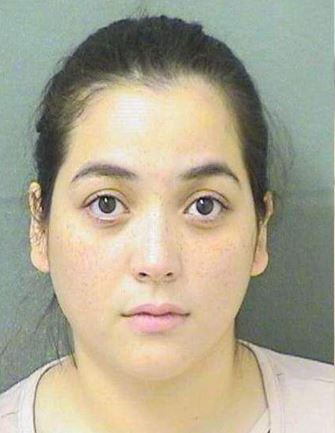 A report by local police stated that the child's mother arrived to collect him on Friday 10 from the Early Learning Academy and that he "appeared to be in a lot of pain".

It said he was "shivering, had urinated on himself and had not eaten".

The boy told his mother that Acosta had “sat on his leg because he was misbehaving”, Local10 reported.

That evening, his mother noticed that he was experiencing difficulty walking or standing properly.

She took him to the West Boca Medical Center, and after examining him doctors confirmed he had suffered a broken leg.

The police report states that Acosta at first claimed the boy had inflicted an injury on himself by kicking a metal chair, but that other staff at the school later told her that the classroom had been fitted with security cameras.

It says that, at this point, "she got nervous and changed her story", saying that boy “could have been injured when she accidentally fell on him”.

Police later reviewed surveillance footage, prompting Acosta to give a different account of the injury.

She said the children had been brought in from a break because it had begun to rain outside, and that the boy was upset about the break being cut short.

She claimed he then refused to sit with the other students, standing alone, spitting on the carpet, and refusing to obey Acosta's instructions.

She then admitted to having lifted the boy from the ground by his arms and taking him across the classroom before placing him face-down on the floor.

Video showed that her right knee then landed on his right leg as she put him down and went to kneel beside him.

Acosta acknowledged that her handling of the boy had been “inappropriate, dangerous, and could have led to him being seriously injured”, but denied causing the break to his leg or telling other staff he had kicked a metal chair.

The Early Learning Academy has now dismissed Acosta from her position.