POLICE have ramped up patrols after four child abduction attempts close to where a Line of Duty star's son was targeted.

Schools in Bromley, South East Londom, have urged youngsters to be on high alert after the string of incidents in just one week. 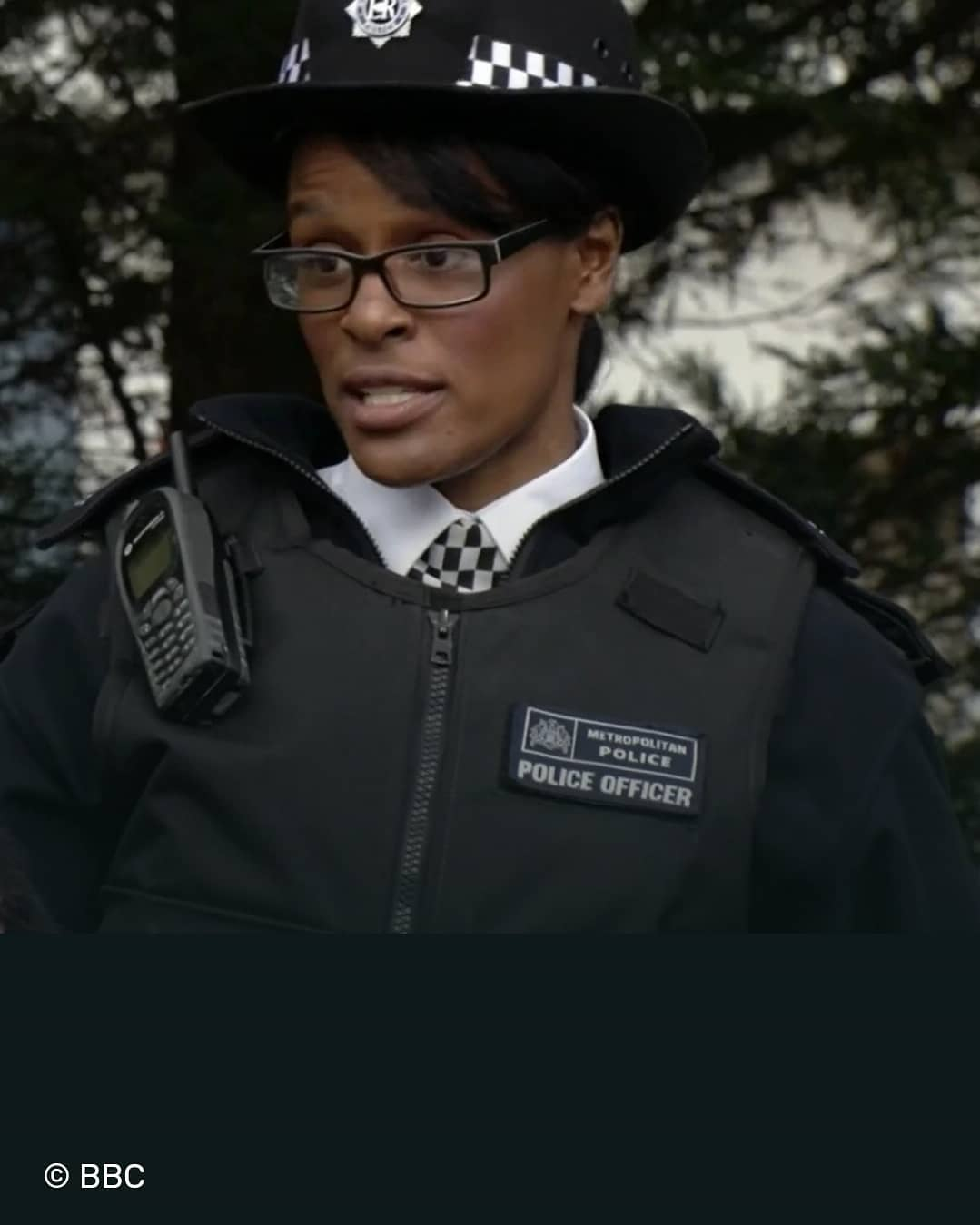 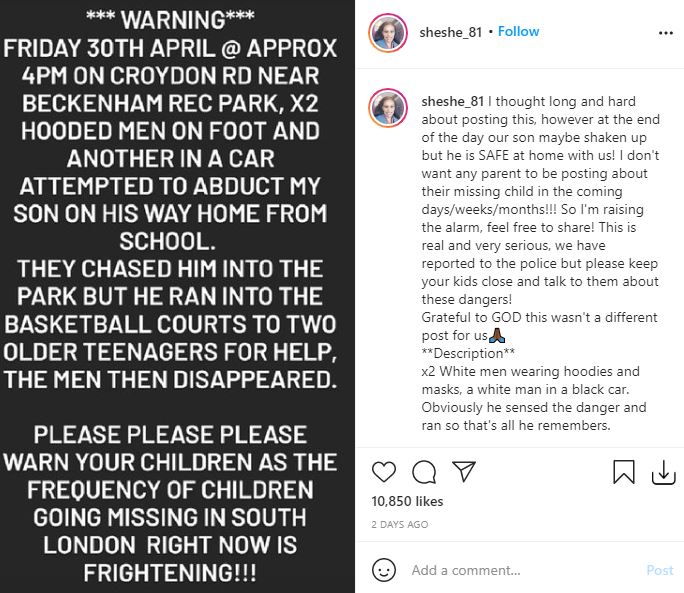 Police have also written to parents in the area asking them to "remind your children of the personal safety advice they have been given and report anything suspicious immediately to a parent, guardian or school staff".

They added: "I understand the real concern and anxiety that the nature of these incidents must bring to you and your family; please be assured that we are working closely your schools to provide additional support and advice."

Two boys were approached separately by a man in Bromley, South East London, on April 30 between 4pm and 4.30pm.

The first boy, eight, was told to go with a hooded man in a mask as he played in Kelsey Park in Beckenham, South East London. 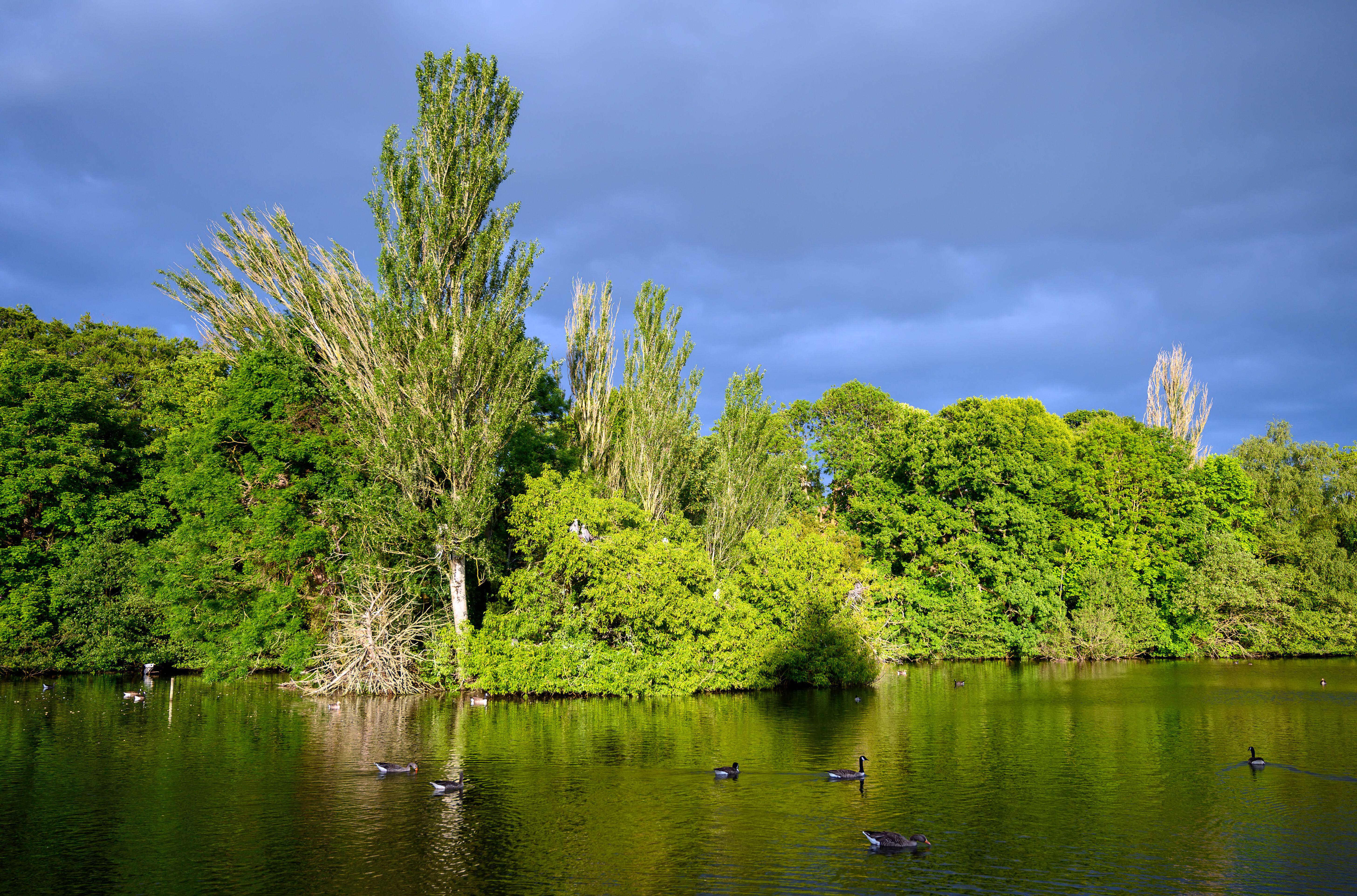 Thankfully he spooked the would-be kidnapper by shouting out to a pal – causing the suspect to flee.

The incident took place just ten minutes before the 11-year-old son of Line of Duty star Sherise Blackman was approached in a suspected child snatch attempt nearby.

The boy was taking a different route home from school when a black van pulled up next to him.

A man offered him a lift home, which he refused, but he noticed two hooded men following him as he turned to rush home.

Sherise, whose character Ruby Jones died in episode four of the hit show, described how her son ran into Croydon Road Recreation Ground to find help.

A group of teens then blocked the men from the entrance and told the boy to run home.

Police then received a further report on May 6 after a boy was allegedly followed by a man along the street. 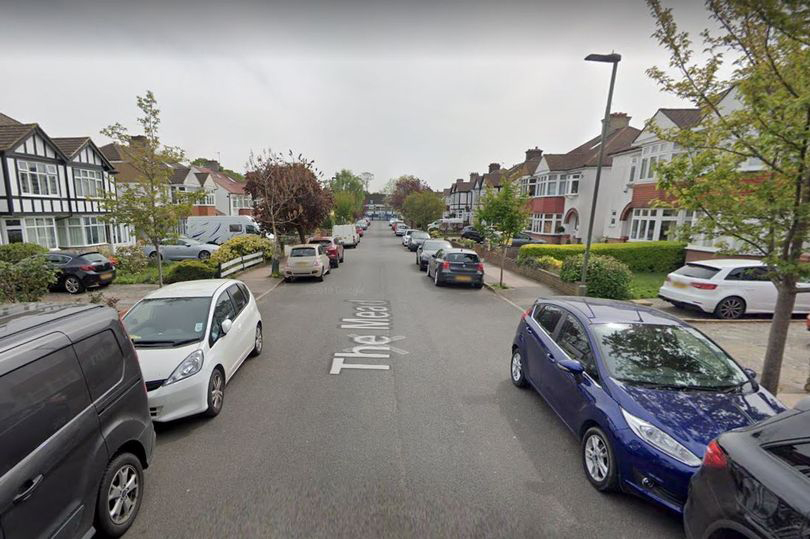 The fourth report came when a young girl was walking through The Glades shopping centre in Bromley yesterday.

Two men walking behind her are understood to have gone to grab the girl's hand while it was raised in the air before walking off.

Police also do not believe this was linked to any of the other incidents.

Superintendent Andy Brittain, of the Met's South Area Command said: “I would encourage the public to remain vigilant, but not to be unduly alarmed. Child kidnappings or abductions are, thankfully, incredibly rare, but we are not complacent.

"In order to provide reassurance to the community we have heightened our visible presence in areas where youngsters may gather and I urge anyone who feels worried or concerned to approach my officers.

“In addition, please be assured that if we have reason to believe that there is a specific danger we will make sure that our communities are fully aware immediately.

“I would strongly encourage members of the public to approach our officers if they have any concerns or have any information that could prove to be beneficial to our investigations.”

Anyone with information call call police on 101 or ring Crimestoppers anonymously on 0800 555 111.