Congo's internet shutdown after election could cause violent backlash: U.N.

GENEVA (Reuters) – The United Nations’ human rights office warned on Friday that Democratic Republic of Congo’s decision to cut internet access and block some media outlets after the Dec. 30 elections may cause a violent backlash when results are announced.

The poll, which is meant to lead to Congo’s first democratic transfer of power, was mostly peaceful, but many Congolese fear that a disputed result could spark unrest, as was the case after the 2006 and 2011 elections.

The government of President Joseph Kabila, who is due to step down this month after 18 years in power, says it cut access to the internet as well as Radio France Internationale (RFI) and some local media this week to prevent fake results from circulating.

It now faces mounting pressure from the European Union, the United States and others to restore the internet signal and keep the peace after a contentious and disorganized vote that the opposition said was fraudulent but that the government said was fair and went smoothly.

Both the opposition and Kabila’s hand-picked candidate claim they have won, without posting specific figures.

The national electoral commission (CENI) was scheduled to announce provisional results on Sunday, but said that could be delayed because compilation centers are still waiting for most local vote tallies.

“This being a very sensitive, a very tense period, we are concerned that these efforts to silence dissent could backfire considerably when the results are announced,” Ravina Shamdasani, spokeswoman for the U.N. High Commissioner for Human Rights, told reporters in Geneva.

“We are watching carefully and we are calling on all sides to refrain from the use of violence,” she said.

Any dispute over the results could further destabilize Congo’s volatile eastern provinces, where wars around the turn of the century resulted in millions of deaths, most from hunger and disease, and where dozens of militia remain active. 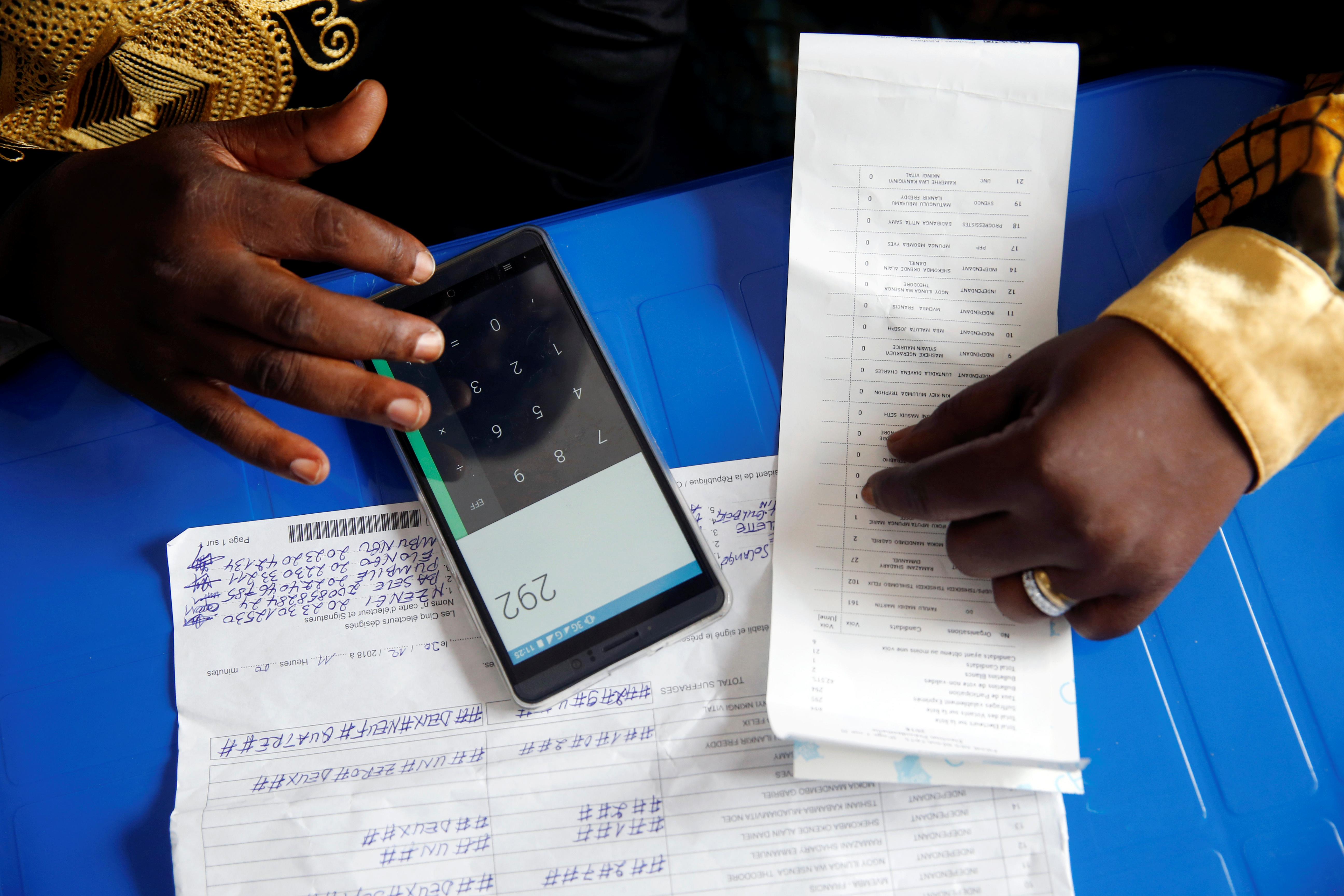 The United States on Thursday called on CENI to produce accurate results and threatened sanctions against anybody who sought to undermine the process.

Congo’s powerful Roman Catholic Church said on Thursday that its election observer mission knew who had won the election based on voting tallies, but it did not identify the winner. It demanded that the CENI publish accurate results