Congo's Ebola fight complicated by war and suspicion over vaccine

Instead, this scrappy piece of land has been turned into a heaving mass of activity as 330 workmen put up a quick-build emergency health facility.

The wooden structures now taking shape form part of an increasingly desperate attempt by a multi-national, multi-agency team to control the Ebola outbreak in the Democratic Republic of Congo.

More than 300 people have been infected by this highly contagious virus and the city’s sole Ebola treatment centre, run by medical charity ALIMA, is overwhelmed.

On the day of our visit, 92 people were admitted – but the centre only has 60 beds. 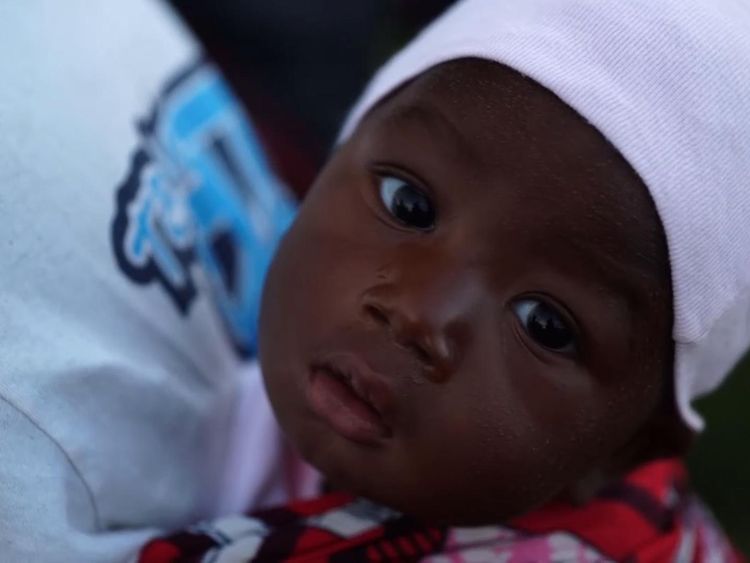 The new complex, which is funded by Medecins Sans Frontieres, will screen what experts call the “suspect cases” and it should help to reduce some of the pressure.

Nonetheless, this epidemic will soon rank as the worst Ebola outbreak in Congo’s history.

The government and its international partners are relying on local surveillance and vaccination teams to stop it spreading.

:: ‘Under pressure’ doctors struggling to deal with Congo Ebola outbreak 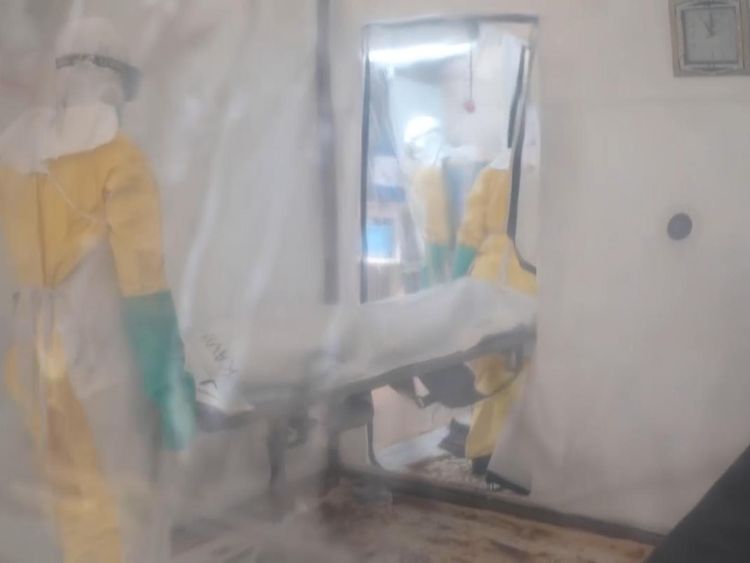 The idea is pretty simple: track down everyone who has been in contact with an Ebola victim and provide them with a newly available vaccine developed in Canada.

It has not been approved by major health authorities but it has shown itself to be effective in early trials.

There is problem with the plan however. First, many city residents do not want to be tracked down and secondly, they do not want the vaccine. 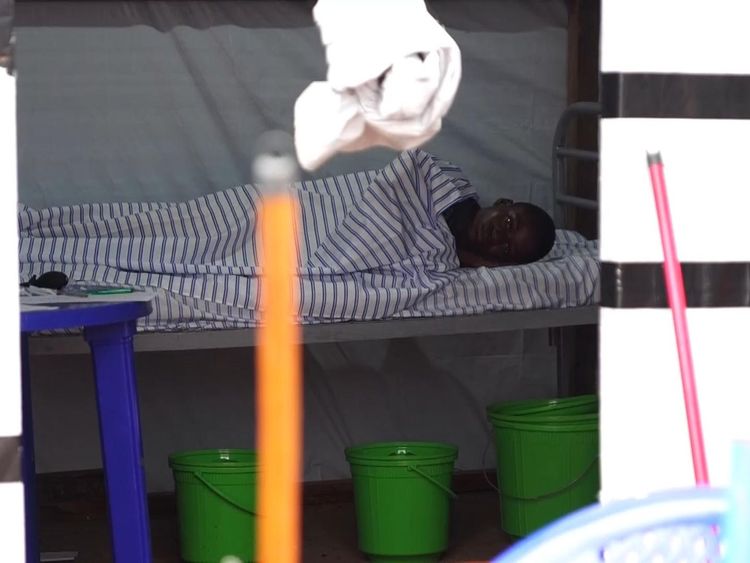 I spoke to the leader of one these community surveillance units, Dr Maneno Muhindangabo Henry, and asked him whether he was encountering resistance.

“That really is our breakfast every day,” he said.

“Lots of people reject the vaccine and they talk a lot about it. They say if you take it you will become infertile, it will kill you, it has bad effects.”

Dr Henry’s feedback constitutes one big reason why this outbreak is so unpredictable. Many here simply refuse to protect themselves.

Beni resident James Kituvi told me that some of his neighbours claim the vaccine is satanic.

“They think they are going to be killed,” he said. “The vaccine is from Satan.”

There is another reason why the Congolese government and international NGOs have found this epidemic so difficult to grapple with.

Beni is in a warzone. The consequence of armed rebellion and ethnic killing dating back the 1990s; two separate rebel militias – called the Allied Democratic Forces (ADF) and the “Mai Mai” – make frequent incursions into the city.

Two weeks ago, a militia attack resulted in the deaths of 13 civilians and the abduction of 12 children from the city.

The head of World Health Organisation, Dr Tedros Adhanom Ghebreyesus, told Sky News he has never had to deal with an epidemic so complicated.

“The situation with this outbreak is very different from other outbreaks,” he said.

“Even the west Africa outbreak (of 2014-15) because there is a serious security problem here, an active army conflict and that complicates the situation.”

The risk is obvious. In a desperately unstable environment, the Ebola virus spreads and the Beni outbreak turns into an international contagion.