A former special forces captain’s bid to unseat one of the Liberal Party’s longest-serving federal MPs is on a knife-edge in a contest that will test Treasurer Josh Frydenberg’s authority.

Former cabinet minister Kevin Andrews will on Sunday be challenged by army veteran and barrister Keith Wolahan for the prized Liberal seat of Menzies in Melbourne’s eastern suburbs. If successful, the Afghanistan veteran will be the first person to oust a sitting federal Liberal in Victoria since 1990. 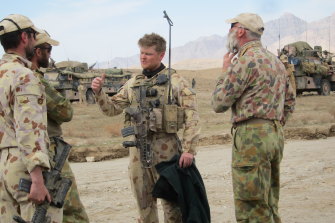 Mr Andrews, 65, is being strongly backed by Assistant Treasurer Michael Sukkar’s conservative faction, which includes Victoria’s most senior Liberal – the Treasurer. Mr Wolahan, 43, is supported by the moderate group in the party that counts state Opposition Leader Michael O’Brien and federal MP Tim Wilson among its cohort.

The Menzies vote is the first test of the two factions’ power and sway in the party as members have been unable to meet since before the pandemic and will give an indication of whether the Sukkar forces can topple the party’s president, former state MP Robert Clark, in internal elections later this year.

It is why the Treasurer and Mr Sukkar have rallied support for Mr Andrews, who is backed by a host of federal MPs including Greg Hunt and Peter Dutton and influential columnists Peta Credlin and Andrew Bolt.

Mr Frydenberg, who was the last person to challenge a sitting federal Liberal MP, spoke in support of Mr Andrews at an event this month and Mr Sukkar has been lobbying strongly, according to several party sources. 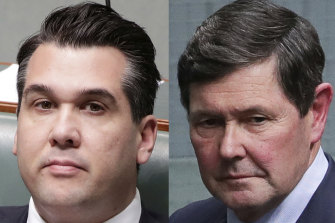 Party rules mean any member who speaks to the media could face expulsion. More than a dozen Liberals spoken to for this story did so on the condition of anonymity.

“Does it look weak for Josh if Kevin loses? Yes it does,” acknowledged one senior party figure.

Both camps are expressing confidence ahead of the ballot of 300 local members in Ivanhoe. Party operatives with knowledge of the group of voters predict a tight race that could be determined by non-rusted on voters who make up their mind on the day.

Those members will be weighing up Mr Andrews’ three decades of work in Parliament – where he has championed conservative causes by opposing abortion medication and voluntary euthanasia laws – against the military and legal career of Mr Wolahan, a Cambridge-educated young father. 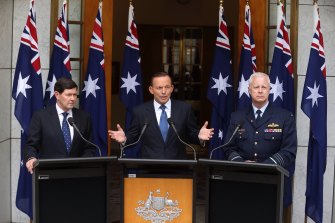 “I am making a difference for the people of Menzies and Australia,” Mr Andrews wrote in a campaign flyer, which included endorsements from John Howard, Tony Abbott and Mathias Cormann. The MP, who has indicated to local members he will retire in the next term of Parliament, has outlined a fresh five-year plan.

Prime Minister Scott Morrison wrote a letter to local members urging a vote for Mr Andrews, who he said brought “unrivalled expertise” to Canberra. “Kevin Andrews is an enthusiastic, hard working and dedicated member of the government. He provides wise counsel to ministers and colleagues, including myself,” Mr Morrison wrote.

The tone of those supporting the incumbent is contrasted with that of Mr Wolahan, who – without overtly critiquing Mr Andrews – is urging a vote for the future.

“I put my hand up to serve because I felt we needed to renew. The colossal challenges of this year have strengthened my resolve,” wrote Mr Wolahan, who has not sought high-profile endorsements and has relied on the support of local community members.

“The time to make a difference is finally upon us. Together, I know we can ensure a brighter future for our country.”

The vote, first scheduled in March last year but postponed due to pandemic restrictions, takes place under the pall of months of internal feuding over an audit into branch stacking in the Victorian Liberal Party.

A review, which last month found evidence of 170 illegitimate members, was launched after The Age reported Mr Andrews’ office was the operational hub of the faction run by Mr Sukkar.

Former operative Marcus Bastiaan, who resigned after The Age‘s report, allegedly directed Mr Andrews’ staff to carry out party political work, which is not allowed in work time under federal laws. One of those staffers, who helped recruit Mormons in a period when many were joining the party, is facing expulsion from the party. Mr Andrews and Mr Sukkar were cleared of wrongdoing by a departmental review.

Party sources said only a handful of members deemed illegitimate were eligible to vote in Menzies, meaning the audit is unlikely to have a practical effect on the outcome. The saga is unlikely to weigh heavily on voters’ decision-making, either, because Mr Wolahan has refrained from using the issue as a political weapon.

The timing of the Menzies preselection has itself been the cause of infighting and there is anger among Mr Sukkar’s conservative group about the current leadership of the organisational wing of the party and its president, Mr Clark.

An ally of Mr Andrews, who predicted a win for the incumbent, said a win for Mr Wolahan would reflect what he said was Mr Andrews’ lack of work in recruiting members to shore up his local support. “He’s simply not good at internal politics and everyone else, including Keith since 2008, has been signing up members,” the source said.

Mr Wolahan moved to address his association with the special forces following the war crimes inquiry that last year uncovered almost 40 alleged murders by Australians in Afghanistan. In a letter to members he said he was “shattered” by the findings of the inquiry and said it highlighted the need for politicians to engage in wars judiciously. The Brereton report contains no allegations or adverse findings against Mr Wolahan or the platoon he commanded.

Credlin headlined an event with Mr Andrews on Sunday and some local members believe her support could prove significant.

The former chief-of-staff to Tony Abbott has emerged as a popular figure in Victorian conservative politics after she used her media platform to go toe-to-toe with Premier Daniel Andrews in press conferences viewed by large numbers of Victorians during the state’s second wave of COVID-19 infections.

One Liberal source said losing Mr Andrews, who is well-known in the religious community, would diminish the party’s support among Catholic voters.

In a sign of potential nastiness during the preselection event, where candidates give speeches and take questions, a senior party operative questioned whether the person chairing the event would act impartially. Andrew Asten, the chair of the Menzies branch, will run the Sunday ballot. He has also endorsed Mr Andrews and is a key member of his support team.

“I’ve never seen a chair also be a person who supports one of the candidates,” said the source. “He will be picking the Dorothy Dixers for Kevin and the attacking questions against Keith. How is that fair?“

Liberals close to Mr Andrews labelled the concerns as “ridiculous” and insisted the preselection would be run by the book but tempers are flaring and the stakes are high.

In 1990 future ministers Peter Costello and David Kemp won preselection battles against sitting members in the safe Liberal seats of Higgins and Goldstein. In 2006 Mr Frydenberg challenged the incumbent Petro Georgiou for Kooyong but lost. He won the seat after Mr Georgiou retired in 2010.