British MPs back Brexit bill despite anger over treaty breach

Bill that would break int’l law has fuelled anger at home and outrage in Brussels and now faces more intense scrutiny. 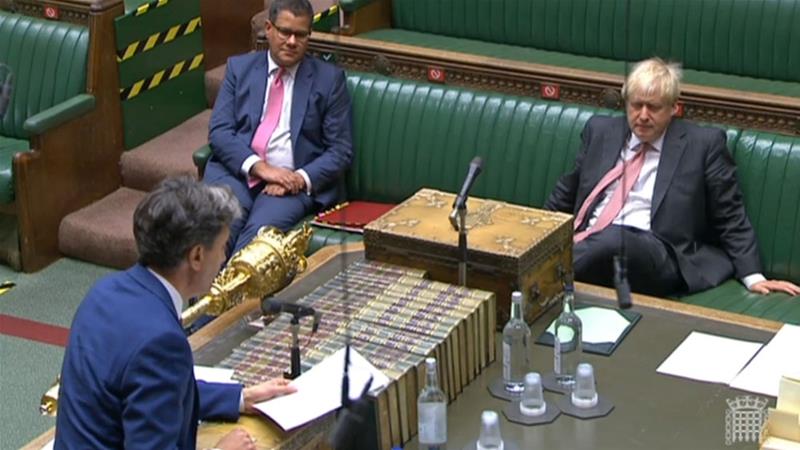 British Prime Minister Boris Johnson secured initial backing for his controversial plan to breach the Brexit treaty agreed with the European Union last year, despite outrage in Brussels and anger at home over such an overt move to break international law.

Johnson won the second reading parliamentary vote on the Internal Market Bill by 340 votes to 263, but some 30 of his MPs abstained and two voted against the bill. Lawmakers will now spend four days scrutinising the text amid a growing rebellion over the bill within Johnson’s ruling Conservative Party.

The prime minister earlier told parliament the legislation was a “safety net” against what he claimed were EU threats to impose tariffs on UK internal trade and even stop food going from mainland Britain to Northern Ireland.

“The EU still have not taken this revolver off the table,” Johnson told parliament before the vote. “What we cannot do now is tolerate a situation where our EU counterparts seriously believe that they have the power to break up our country.”

EU leaders have dismissed Johnson’s argument as “spin”, saying he should uphold commitments he himself made in the Brexit treaty last year. The bloc is demanding that he withdraw the offending parts of the new bill by the end of September or risk no trade deal at the end of the year to cover everything from food to car parts.

The legislation also sparked angry debate in London, reminiscent of the years of bitter political battles that followed the 2016 shock referendum vote to leave the EU. 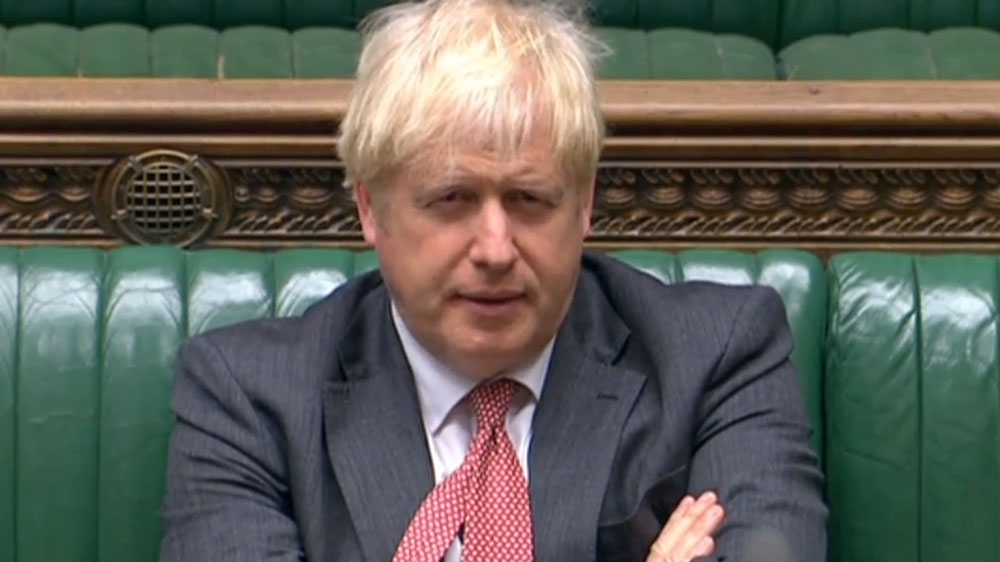 Several of Johnson’s own Conservative MPs expressed alarm about breaking international law, with ex-finance minister Sajid Javid and former attorney general Geoffrey Cox among those saying beforehand that they would not back the bill as it stood.

Every living former prime minister – Conservatives John Major, David Cameron and Theresa May and Labour’s Tony Blair and Gordon Brown – also warned of the risk to the UK’s global reputation.

Johnson has made clear he has cast the bill as a defensive insurance policy aimed at preventing a foreign power from dividing the United Kingdom by using Northern Ireland as leverage.

“I understand how some people will feel unease over the use of these powers and I share that sentiment myself,” Johnson said. “They are an insurance policy and if we reach agreement with our European friends, which I still believe is possible, they will never be invoked.”

The UK left the EU in January but remains bound by the rules of the 27-member bloc until a transition period ends on December 31.

Under the proposed legislation, London would unilaterally regulate UK trade and state aid within Northern Ireland, in violation of the Brexit treaty, which requires Brussels to have a say.

‘His mess, his failure’

Northern Ireland will remain subject to some EU rules after Brexit to ensure a free-flowing border with the Republic of Ireland – a crucial part of the 1998 peace accords that ended decades of sectarian violence.

Downing Street last week claimed the Brexit deal was agreed “at pace” and the problems with the aspects of the treaty regarding Northern Ireland were unforeseen.

“Either he wasn’t straight with the country about the deal in the first place or he didn’t understand it,” Miliband said.

Some EU diplomats believe Johnson is playing a game of chicken, inviting the collapse of trade talks to either get the deal it wants or leave without a deal.

One of Johnson’s special envoys, MP Rehman Chishti, earlier quit over the bill – and more trouble could be ahead.

The main battleground in the next four days of debate is likely to be an attempt by Bob Neill, a Conservative lawmaker, to amend the bill to give parliament, not ministers, the power to decide whether to overrule the Brexit treaty.

Even some Brexit-backing Tories are unhappy, with one, Charles Walker, saying: “I’m no fan of the EU … but surely we have to exhaust all other options before we press the nuclear button.”