Retired quarterback Brett Favre is one of 38 defendants being sued by the Mississippi Department of Human Services (MDHS) after millions of dollars in welfare money were misused.

Now, Favre’s lawyers filed a motion on his behalf in Mississippi judicial court Monday to dismiss the complaint against himself and Favre Enterprises.

"It is apparent that MDHS has sued Favre, a Mississippi and national celebrity, in an effort to deflect responsibility for its own egregious wrongdoing," his lawyers wrote.

MDHS filed the lawsuit in May, alleging the defendants “squandered” more than $20 million from the Temporary Assistance for Needy Families anti-poverty program.

In the state’s largest-ever public corruption case, it is alleged that $77 million in welfare funds, flowing from MDHS to nonprofits, were spent by affluent Mississippians instead of the most needy in America’s poorest state.

Five of the six people arrested in the case have pleaded guilty to state charges. Favre, a Pro Football Hall of Famer, does not currently face any criminal charges.

Favre is accused of receiving $1.1 million in welfare funds for speeches he allegedly never made; involvement in the University of Southern Mississippi receiving $5 million of the same money for a new gym; and investing in a concussion drug company that also received welfare funds.

Favre has paid back the $1.1 million in nonprofit Mississippi Communication Education Center speaking fees. However, the state is seeking $228,000, the amount it has determined he owes in interest.

Text messages revealed in September show Favre pushed state officials to secure funding for a new volleyball facility on his alma mater’s campus while his daughter was on the team. While the volleyball facility was not mentioned in the civil lawsuit, the motion filed by Favre's lawyers said that "it served as one of the false pretexts for MDHS to target Favre in this lawsuit."

Favre gave a statement in October that mirrors his lawyers’ Monday motion.

"No one ever told me, and I did not know, that funds designated for welfare recipients were going to the University or me. I tried to help my alma mater USM, a public Mississippi state university, raise funds for a wellness center,” He wrote. “I have been unjustly smeared in the media.”

State auditor Shad White spoke about the interest Favre is being held accountable for.

"Every party in the civil case is free to make the arguments that they would like to make, and I’m not going to comment on them. The court system can see the case through, and the judge can determine who owes what back," White told the AP Monday. 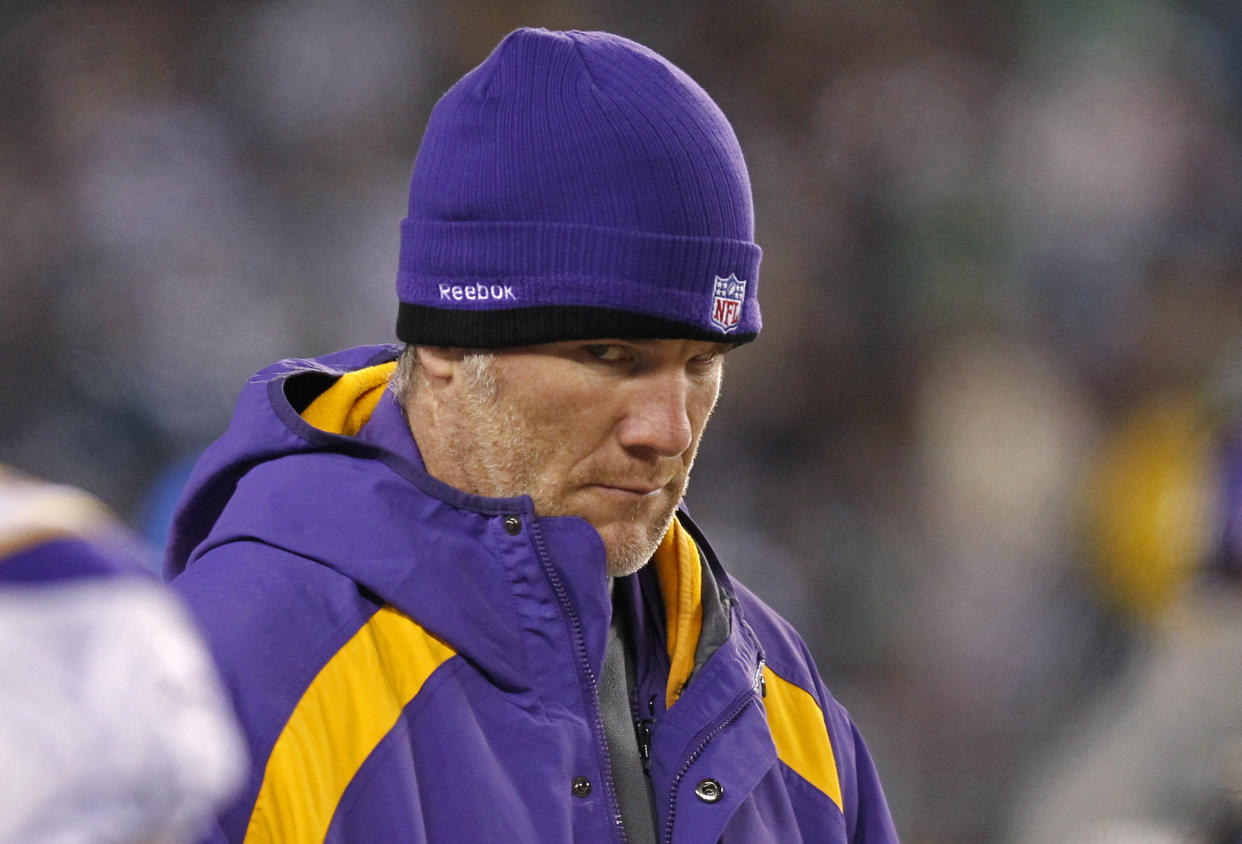