Boy, 5, who is sole survivor of cable car disaster lost both parents and brother 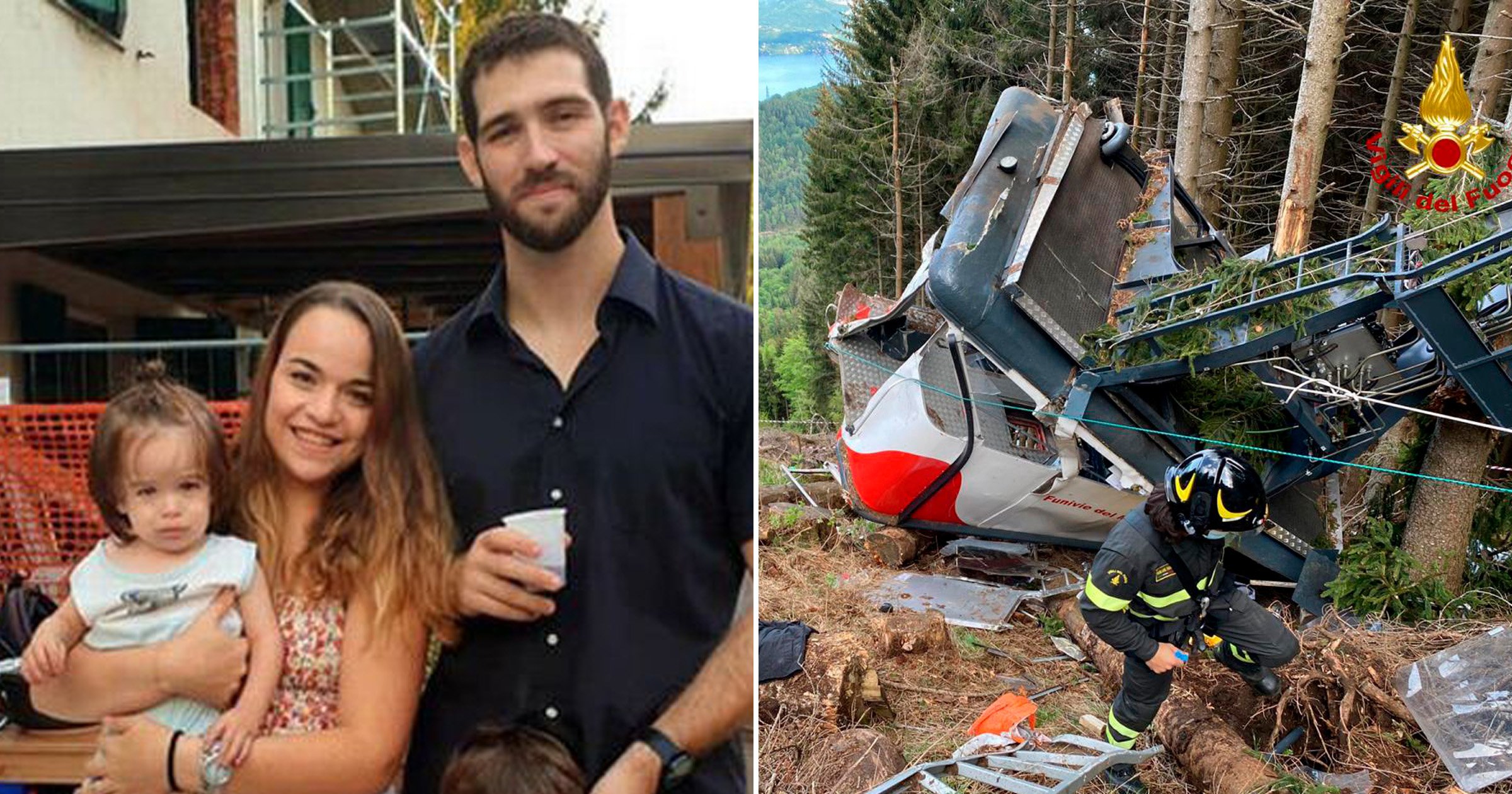 A five-year-old boy has been confirmed as the sole survivor of a cable car crash which killed his parents, younger brother and two great-grandparents.

Eitan Biran remains in hospital in Turin with multiple broken bones after the disaster in northern Italy on Sunday.

The boy, from Israel, had been living in Pavia, near Milan, with his family and they travelled together in a cabin up the Mottarone mountain when its cable apparently snapped, sending them plunging 65ft to the ground.

A total of 14 people have now died in the crash, including Eitan’s parents, Amit Biran, 30, and Tal Peleg-Biran, 26, their two-year-old son, Tom Biran, and Ms Peleg-Biran’s grandparents, Barbara, 70 and Yitzhak Cohen, 82.

Mr Biran’s Facebook page identifies him as a medical student at the University of Pavia.

The older couple had arrived in Italy from Israel on May 19 to visit their family and were taking advantage of the sunny day to visit one of the most picturesque spots in the country.

The cable car scales the mountaintop from Stresa, a lakefront town at the foot of the 4,900ft Mottarone peak and the trip provides stunning views of Lake Maggiore and other lakes near Switzerland.

It only reopened a few weeks ago after Italy’s wintertime coronavirus lockdowns lifted, and officials say inspections were carried out last year.

Witnesses who were close to the cable car at the time have described hearing a ‘loud hiss’, apparently when the cable snapped.

The cabin was sent careering back down the line until it apparently hit a pylon and then plummeted to the ground.

It rolled over two or three times before crashing into trees. It was not immediately clear why a brake had not engaged.

Some of the bodies were thrown from the car and were found amid the trees, the mayor of Stresa said.

More details have been emerging about some of the other victims of the disaster.

Italian researcher, Serena Consentino, 27, and her Iranian-born companion, Mohammadreza Shahaisavandi, were among the dead, according to a statement from Italy’s National Council of Research, where Ms Consentino had a research grant.

Also killed at the scene were Vittorio Zorloni, 54, and his wife Elisabetta Persanini, 38.

Their six-year-old son Mattia died in hospital after multiple efforts to restart his heart, officials said.

A young couple, Silvia Malnati, 27, and Alessandro Merlo, 29, were killed while Ms Malnati’s brother stayed down in town and frantically tried to call her, Italy’s La Stampa newspaper reported.

Amit Biran’s sister, Aya, was not involved in the crash and was at the bedside of Eitan at Turin’s Regina Margherita hospital, the Israeli foreign ministry said, adding that other family members were flying to Italy from Israel to join her.

Transport minister Enrico Giovannini visited the site on Monday and announced an inquiry to investigate the ‘technical and organisational causes’ of the accident, vowing to ‘ensure this never happens again’.

The Israeli embassy is working to help repatriate the bodies to Israel.