Boy, 5, 'sobbed in terror' as knifeman stabbed his screaming mum in the street

A FIVE-year-old boy was left "sobbing in terror" after his mum was stabbed by a knifeman as they walked along a Manchester street.

Neighbours described hearing terrifying “screams” as she was attacked before seeing her tearful son being comforted by cops at the scene. 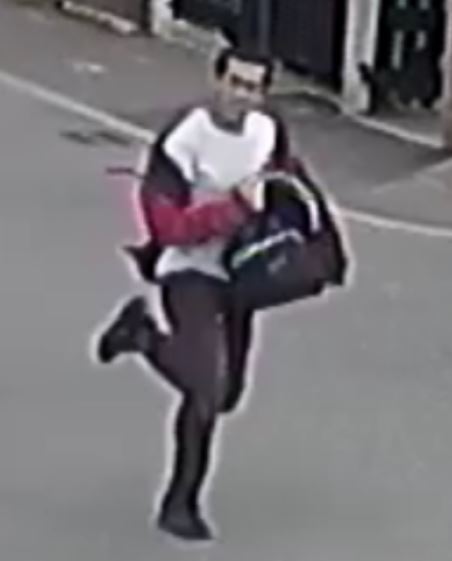 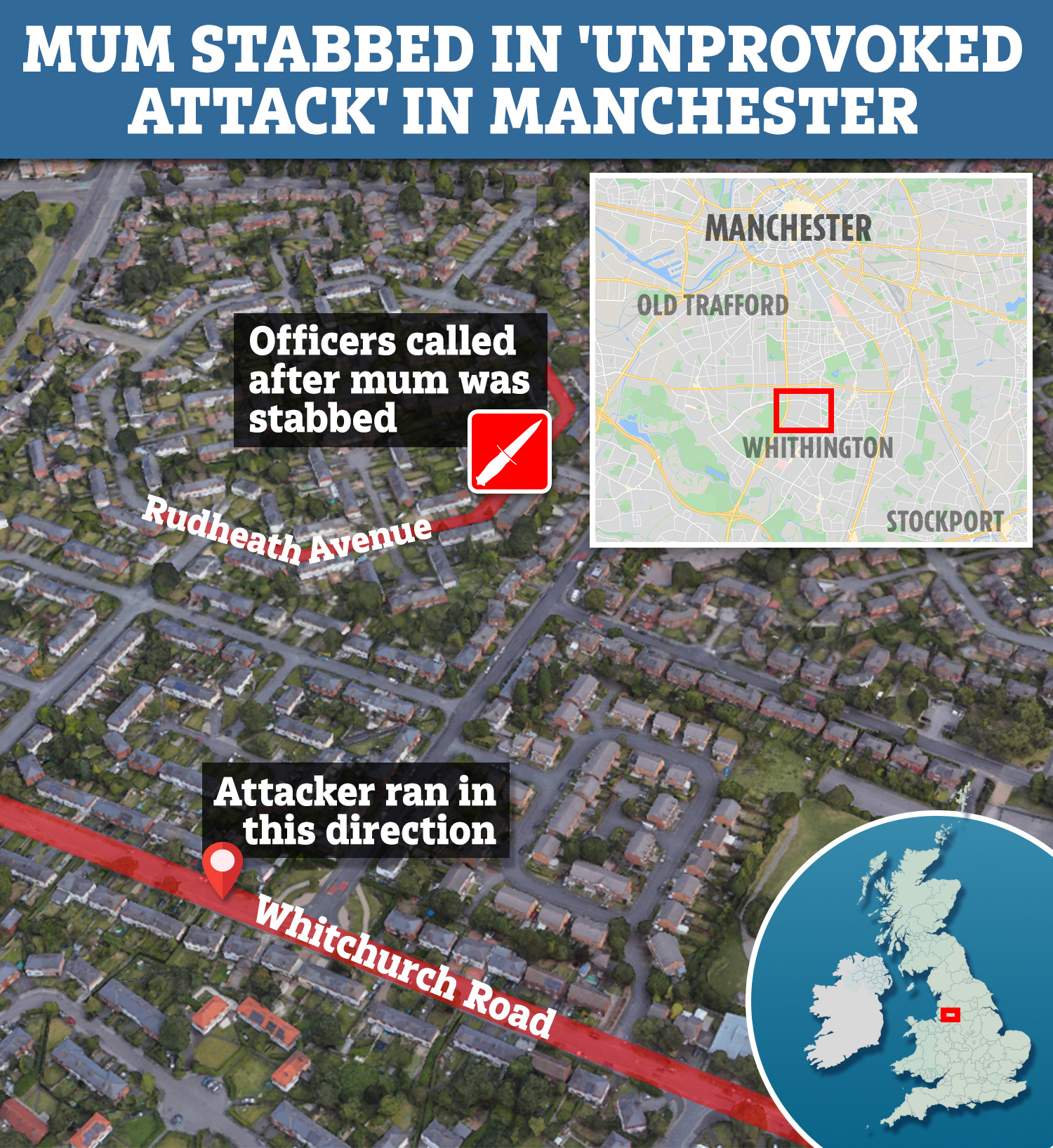 Detectives says they are now treating the "vicious and unprovoked attack" in Withington on Saturday afternoon as attempted murder.

And they have released images of a man they want to speak to in connection with the shocking crime.

Officers revealed they were called to Rudheath Avenue at around 1.30pm following reports of the vicious attack.

A 24-year-old mum was walking with her five-year-old son when she was approached by a man with a knife.

He then suddenly stabbed her before running off towards Whitchurch Road, reports the MEN.

Paramedics rushed to the scene and the female victim was taken to hospital for treatment to injuries to her leg.

She remains in hospital in a stable condition.

Her child was assessed by medics at the scene and later at hospital but suffered "no visible injuries." 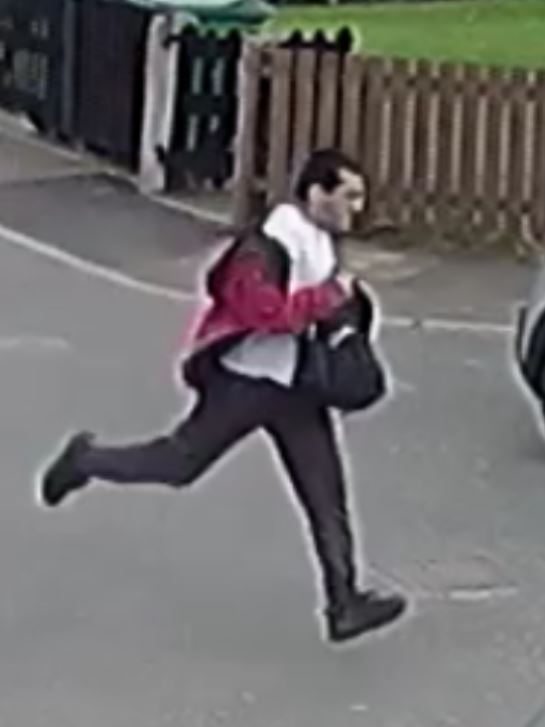 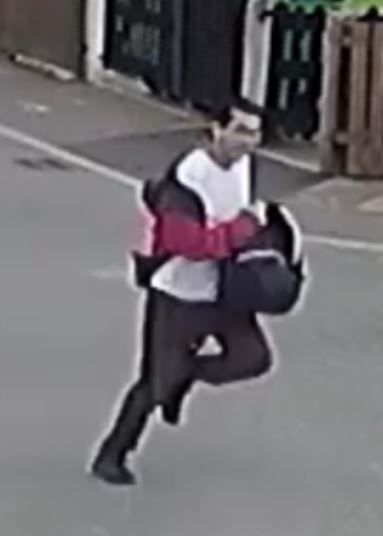 Locals say the mum was stabbed in or near a ginnel (alleyway) which connects Rudheath Avenue with a nearby street, Alford Avenue.

It is often used as a “cut-through” by residents.

One, who didn’t wish to be named, said: “I heard somebody shouting, ‘Get an ambulance, get the police.’

“When I looked up the road I could see a lot of commotion near the ginnel.

“The police had arrived and I could see the little boy was crying. But it was only later I found out his mum had been stabbed.”

Another neighbour told how he’d heard “screams” coming from near the alley but just assumed it was children playing.

He said: “I heard someone screaming but didn’t think it was anything out of the ordinary at the time.

“I just assumed it was kids messing around.

“It was a real shock when I found out a woman had been stabbed.”

Stella McDonough, 55, told how she’d seen a “lot of blood” on the pavement after the stabbing as a  forensics team searched the area.

“It’s so worrying when something like this happens so close to home,” she added.

“I’m a nurse and this has left me scared to walk to work each day.”

Greater Manchester Police are appealing for witnesses – or anyone with information – to come forward. 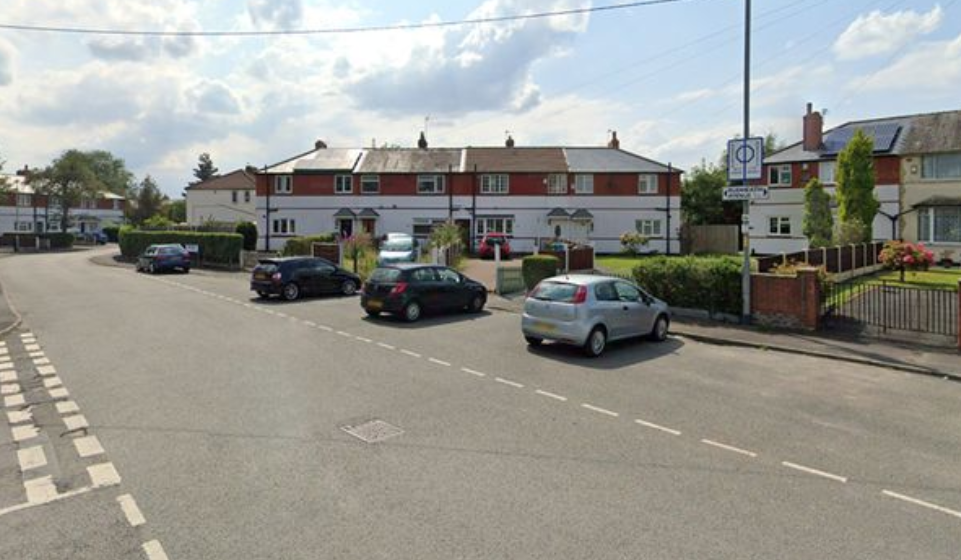 Detective Inspector John Robb, from GMP’s City of Manchester district, said: “This was a vicious and unprovoked attack and we are currently treating it as a case of attempted murder.

“I understand that this will cause concern among the local community and residents, but I want to reassure the public that we are doing everything in our powers to trace the man responsible and ensure he is brought to justice.

“I would like to stress to the community that this violent behaviour will not be tolerated and residents shall see an increased police presence in the area whilst officers continue their investigations.

"Please do not hesitate to speak to our officers if you have any concerns or queries.

“If you believe you recognise the man in the image, or if you were near the area at the time and saw something that didn’t seem quite right, please get in touch with police as a matter of urgency.”