Boy, 15, had 'skin MELT off his back and arm' after portable charger exploded and threw him out of bed

A TEENAGER suffered second-degree burns and had skin "melting off his back and arm" after his portable charger exploded last month.

Colton Pingree, 15, fell asleep and awoke around 2.30am on August 18 to a “weird smell” and “really strong pain” on his back, before seeing his bed was “on fire.” 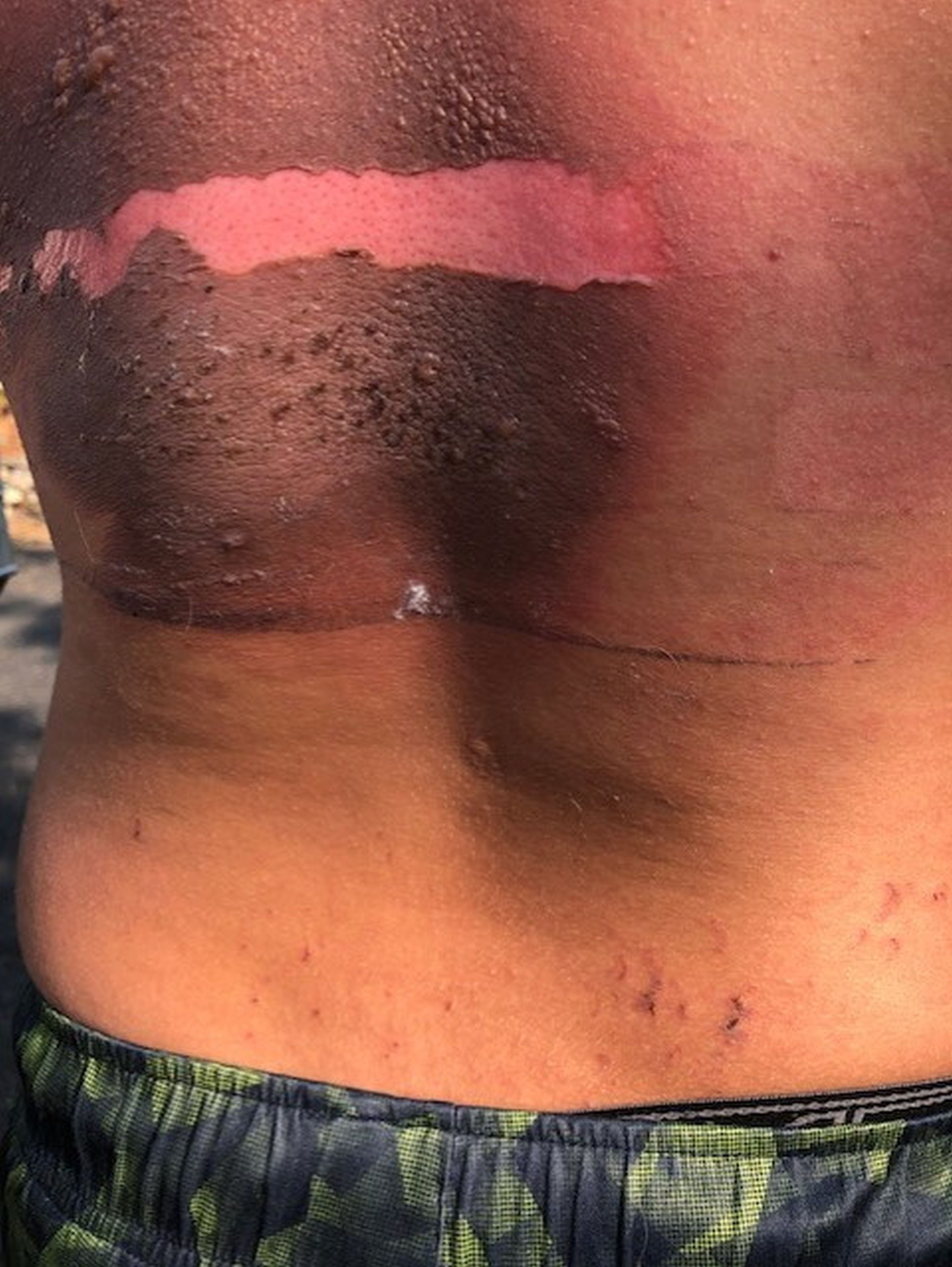 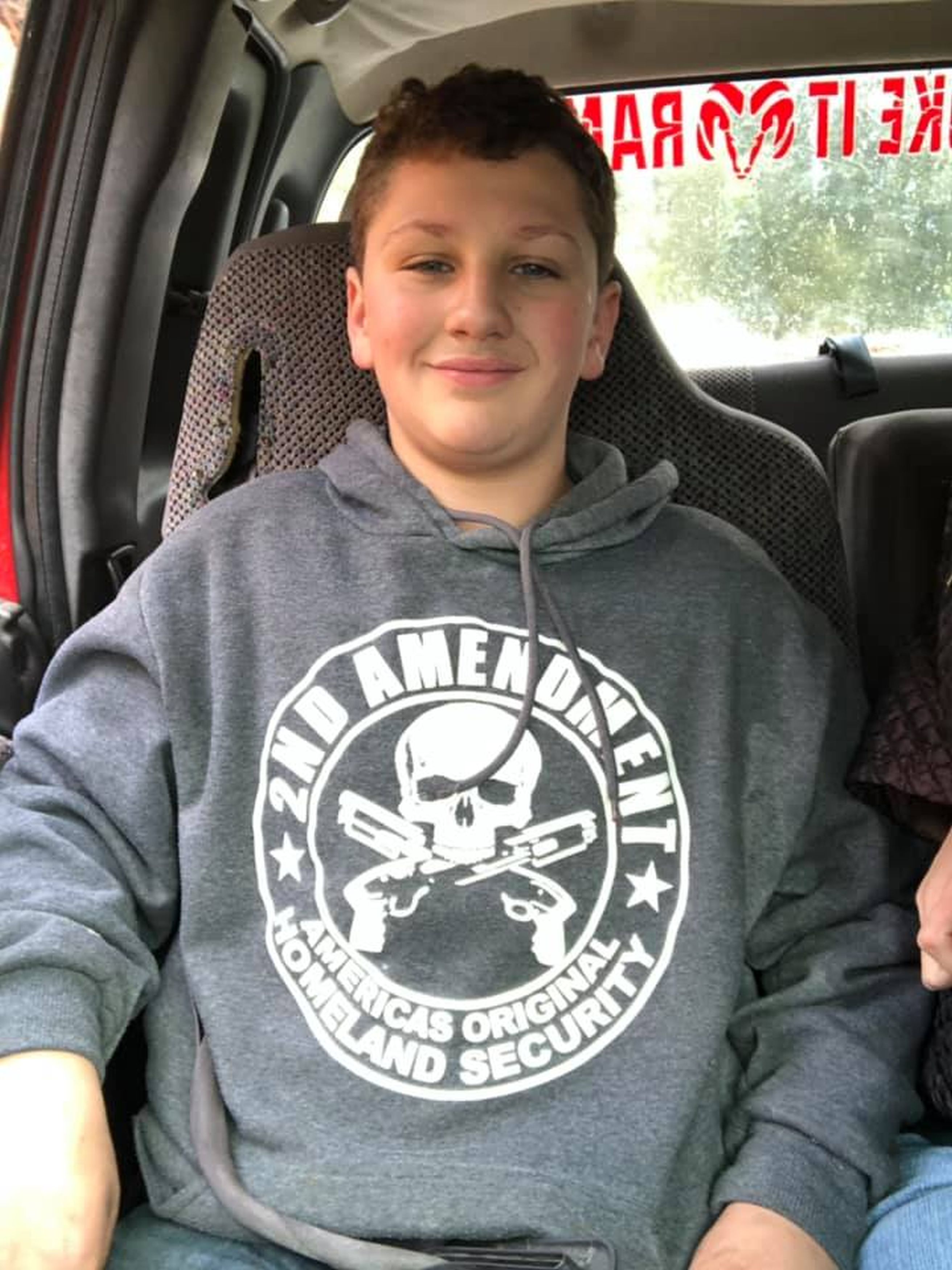 The California teen said that after he fell asleep next to the charger – which he bought in a pack of two for $10 – it exploded, and he was thrown from the bed to the floor of his room.

“I looked up and both of my comforters and one of my pillows was on fire,” he told Metro.

“The fire was probably about four inches long and five inches wide and [the explosion] literally pushed me off the bed. My immediate reaction was that I woke up in a panic.”

Colton said he used his “bare hands” to put out the fire, as he didn’t want his house to become inflamed. 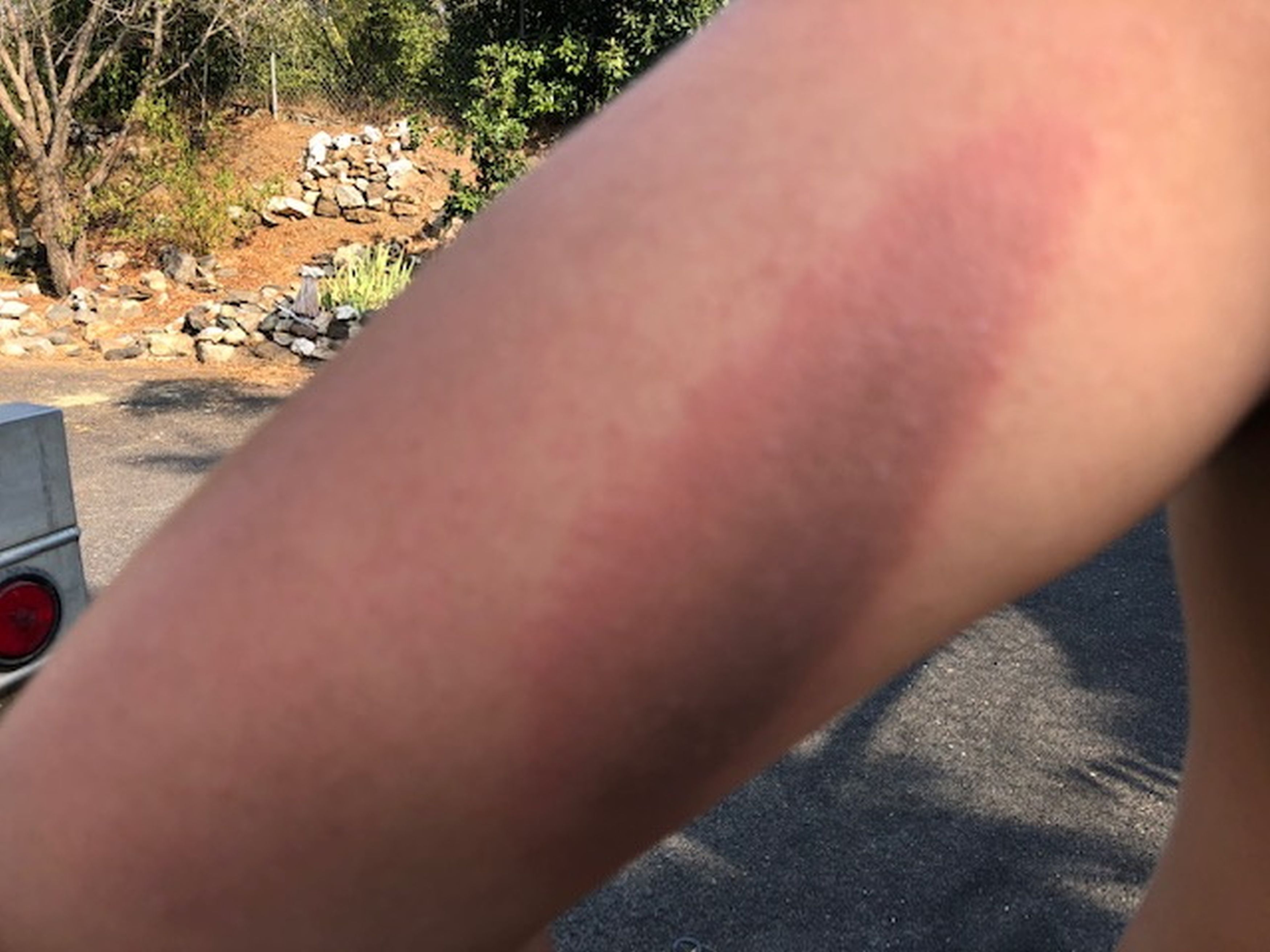 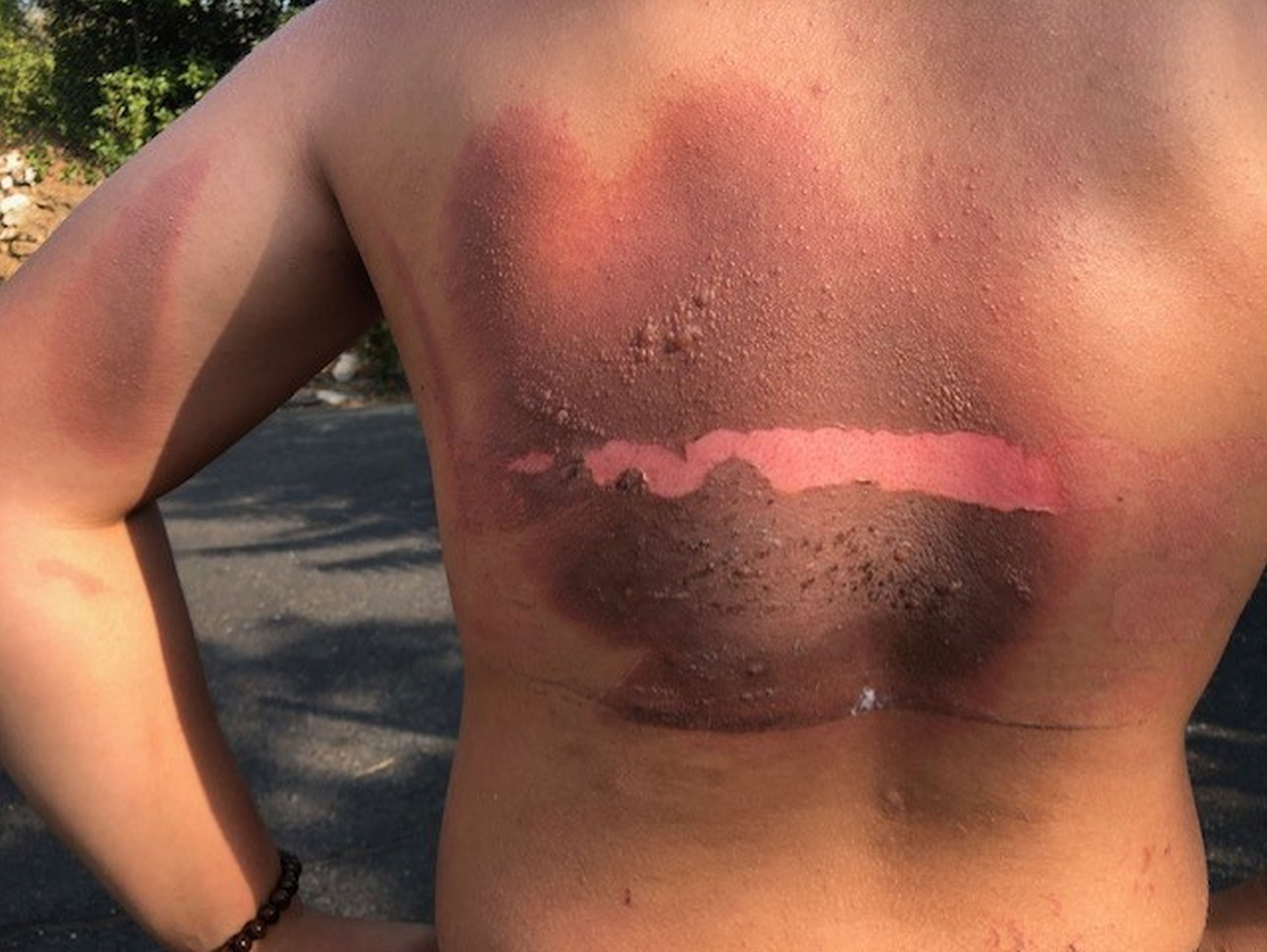 He said he “stood up and started grabbing the fire with my bare hands and rolling it out.”

“After I got the flames out I grabbed a water bottle I had by my bed and I had a small pocket knife beside me so I poked a hole at the top of the cap,” he explained.

Colton said that at that point, he “started spraying the spots that were still smoldering and red.”

When the flames were put out, Colton said that he quickly threw the faulty device in the toilet. 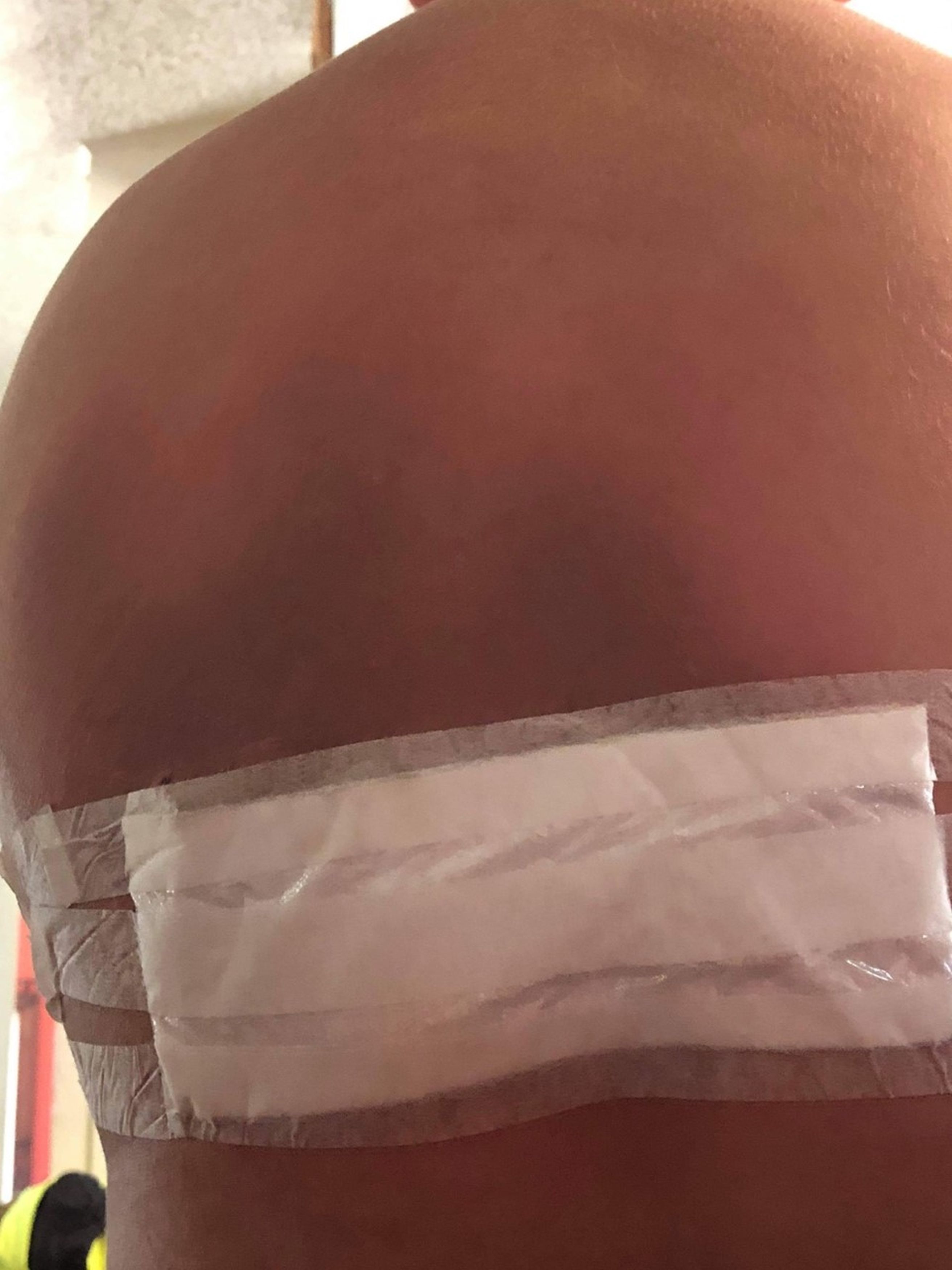 Colton’s father, 49-year-old Andrew Pingree, said his son woke him up during the middle of the night “in a panic and said he ‘had got the fire out.’”

“It startled me and then he said he ‘was ok’ and that he was ‘hurt really bad,’” Andrew said.

“I was half asleep, woke up really quickly, and went to his bedroom with him and he had two large comforters on his bed which were burnt pretty bad.”

The Pingree family said they decided to wait until the next morning to take Colton to be checked out at a hospital – as they thought he had a bad sunburn. 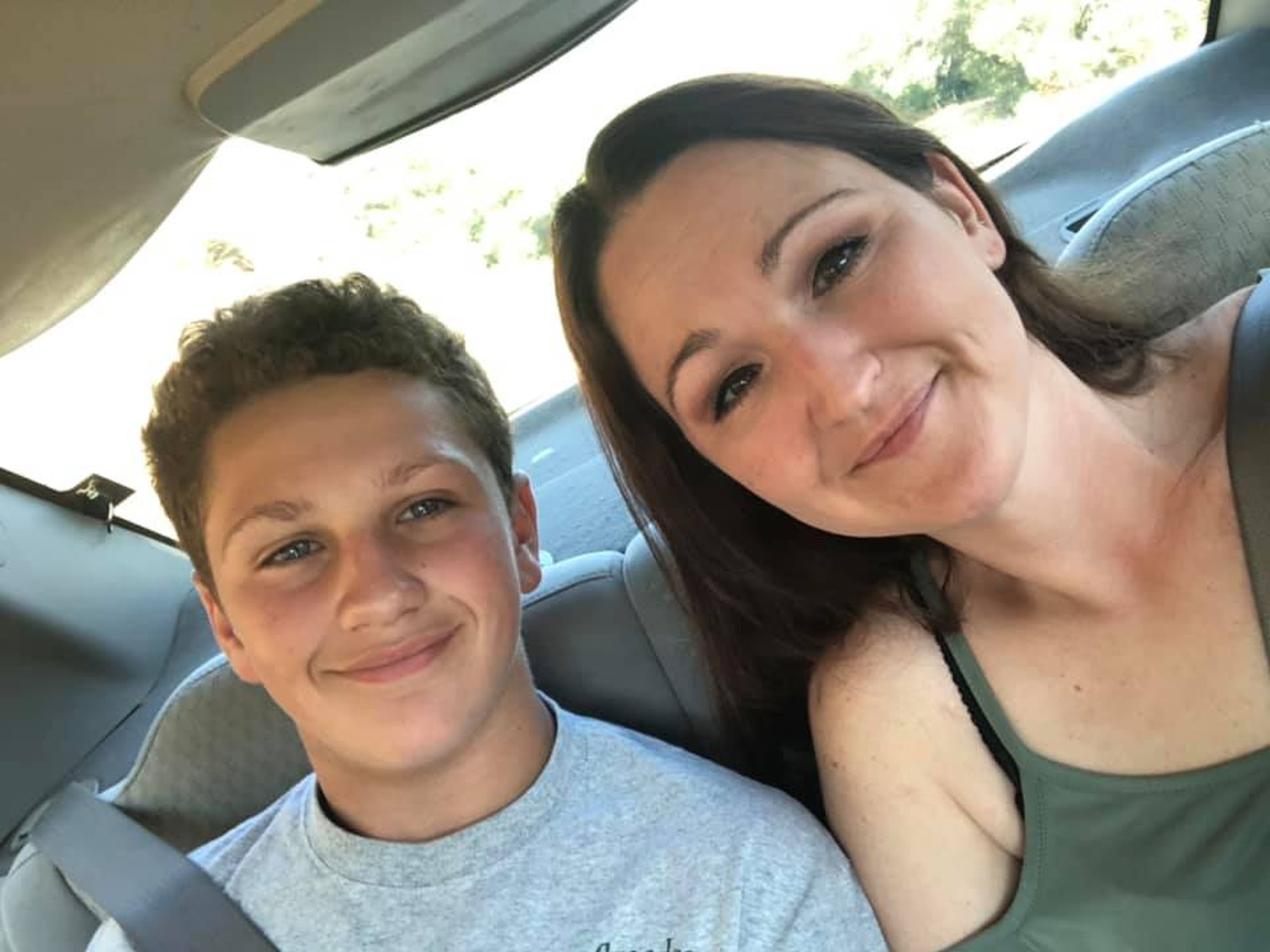 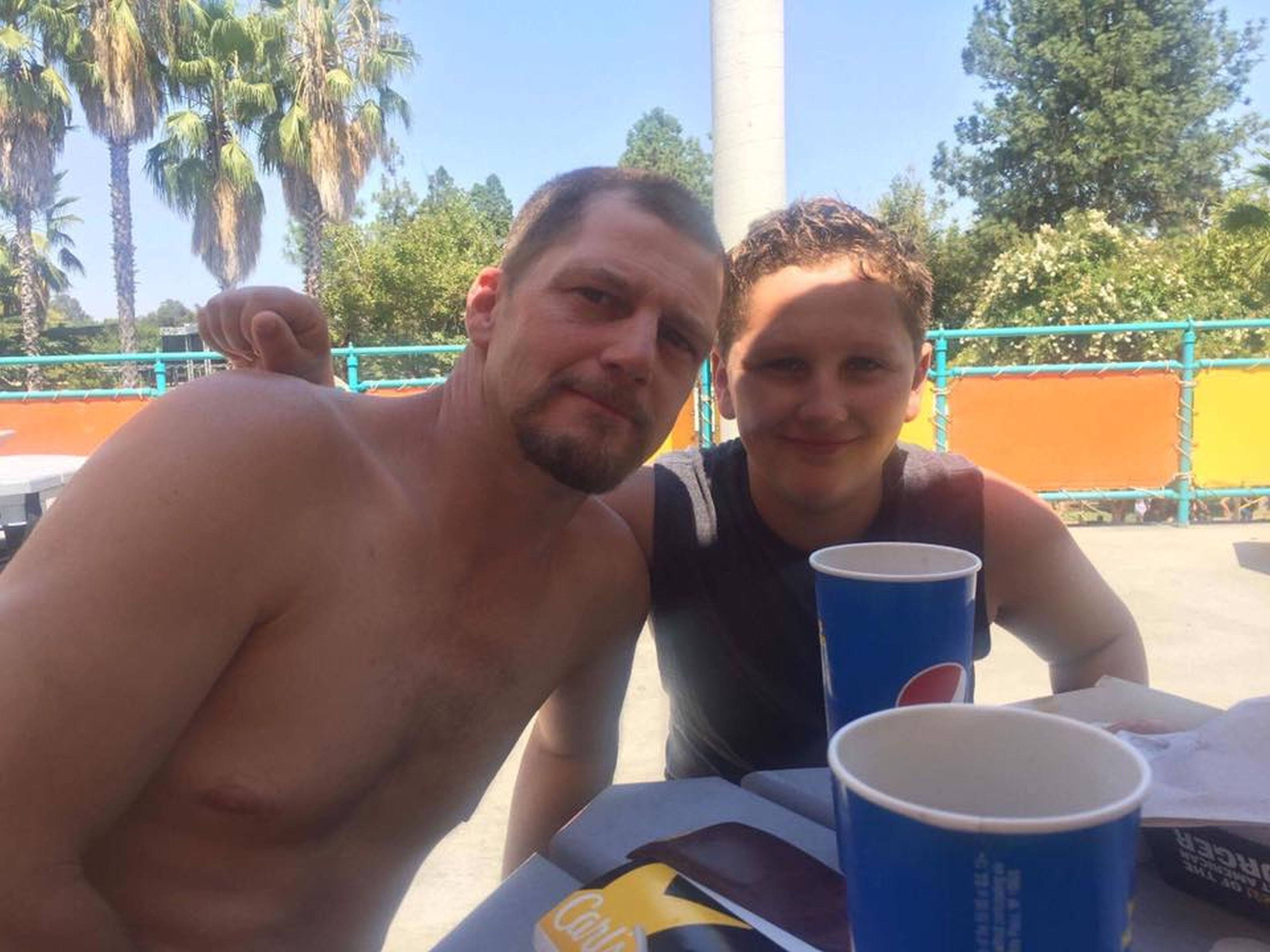 According to the family, a doctor told them Colton had “a big bruise with red burns” and told him to put a patch on it, which he did.

The following day, Colton said he ripped the patch off of his skin – pulled a layer of "melted skin" with it.

“It’s basically a second-degree burn,” Andrew said. “The first layer was pretty much demolished and then he had like a super bad sunburn on the second layer of skin.” 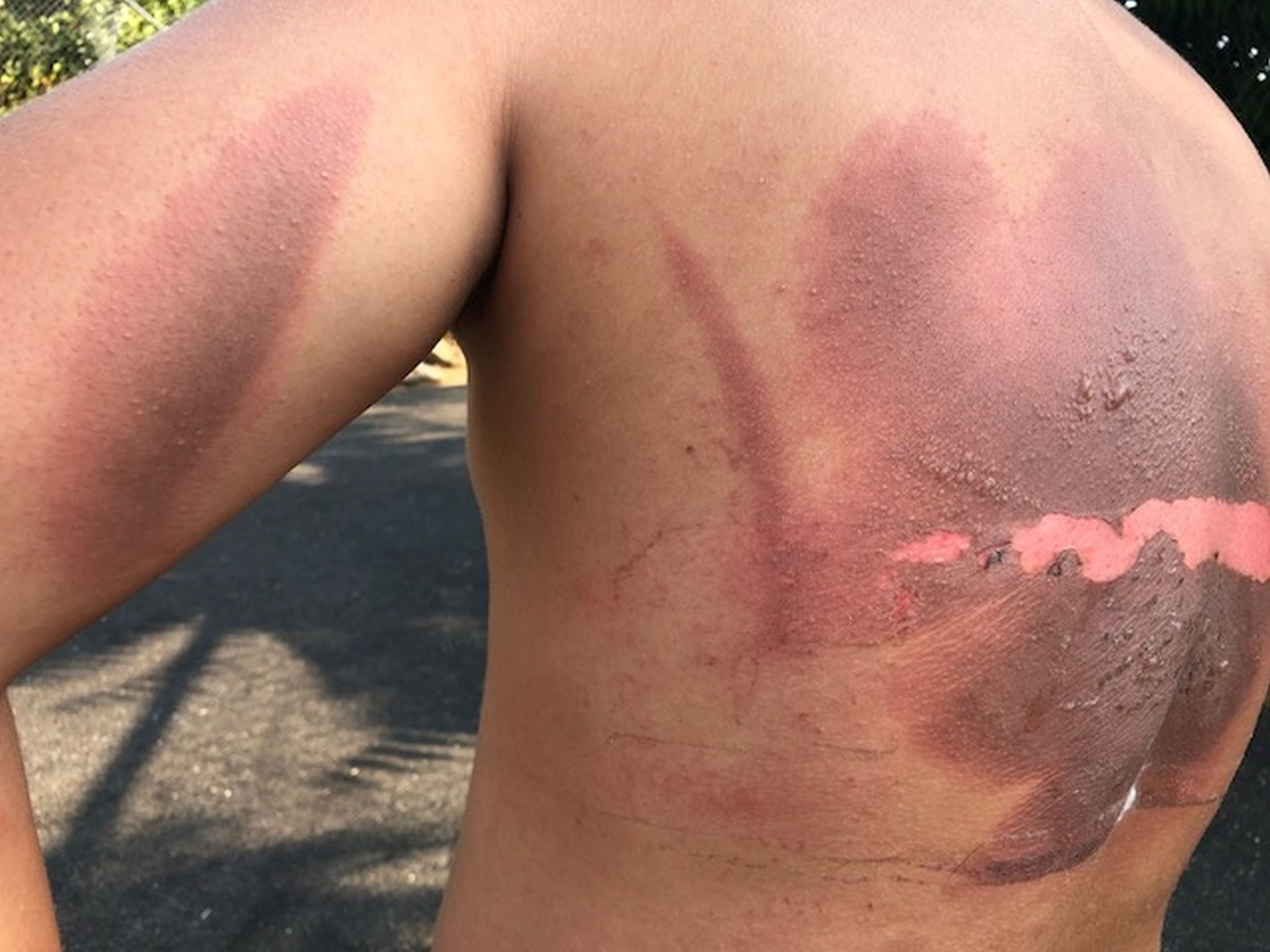 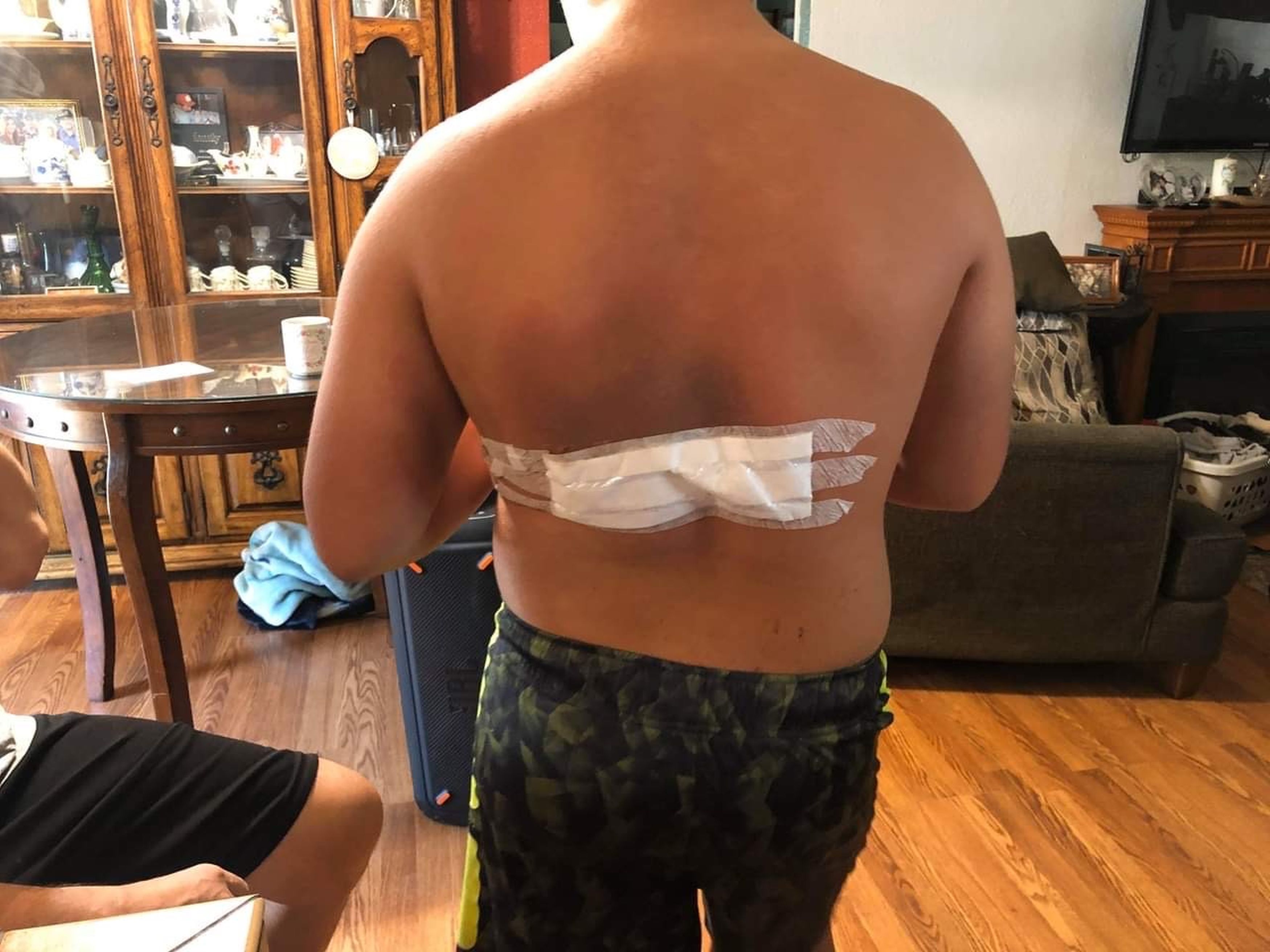 The Pingrees say Colton’s burns are still healing, but are now warning against sleeping next to chargers or other similar devices.

“Don’t keep charging packs with you when you’re sleeping,” Colton said. “Just have them away from you and somewhere that’s not easy to catch on fire.

“I’ll also put my phone off the side of my bed – it could cause another thing like that to happen again.”