Yes, Ben Affleck knows all about the Sad Affleck meme. It's been around for almost six years now and he even finds it "funny" — for the most part. In an interview published on Friday by the Los Angeles Times, the Oscar winner said he doesn't care what people think about him anymore unless those people are his kids.

"I think when I was young, people saw me as somebody who had too much or was successful too easily or looked like some kind of cavalier, insincere, callow frat guy. That was nothing like how I felt. I felt like this sort of insecure, anxious, overly verbal kid from Boston who had tried to break into this business and was dealing with his own stuff. But there is an interesting thing about how we come off versus who we are," Affleck explained. 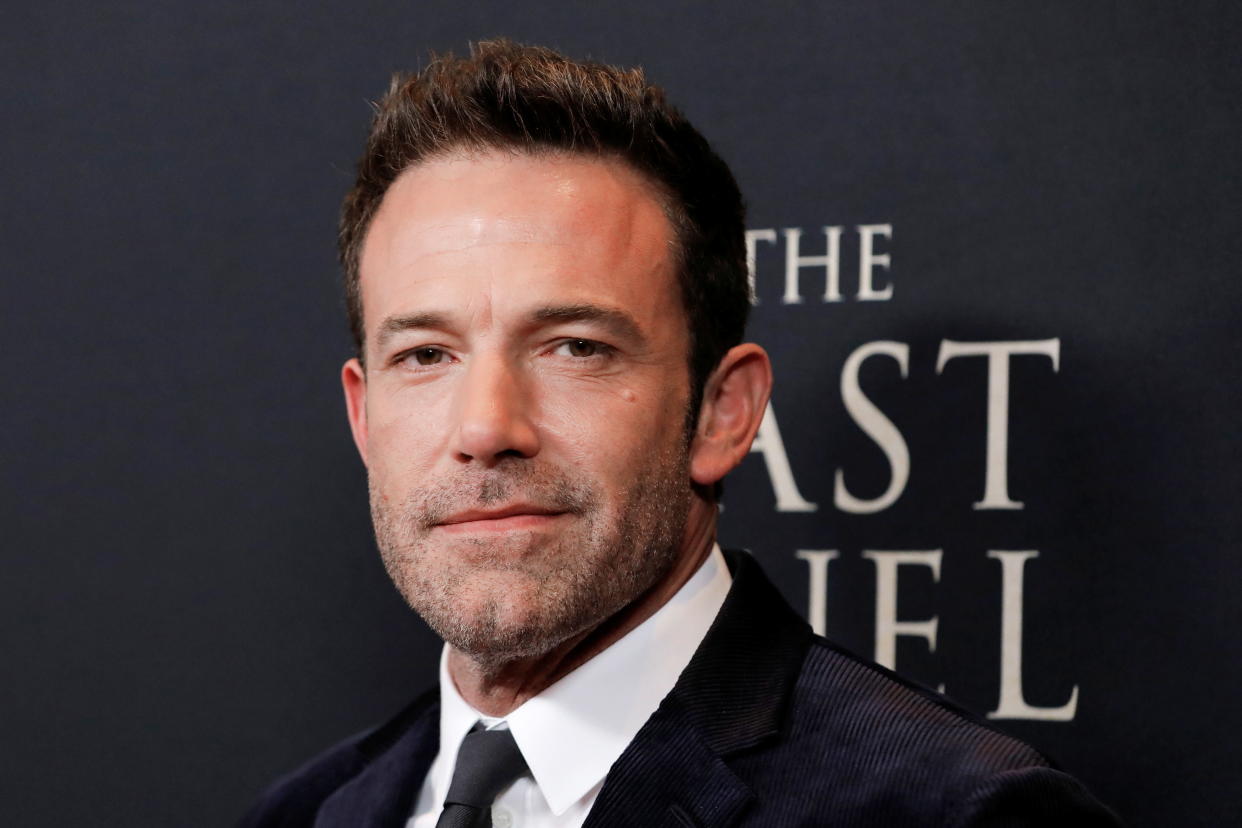 "I had a therapist once who gave me really good advice. This was 2003 or 2004 and I was really struggling. People were just writing vicious, awful, hateful stuff about me all the time and it really started to affect me," he added. This was around the time when Affleck and current girlfriend, Jennifer Lopez, broke off their engagement as his career was in free fall.

"The therapist said, 'What I find about criticism is that if you can look at it honestly and take in what resonates with you, then the rest of it you can let go.' And that was a process that got me into directing and gave me the confidence to start doing that," he recalled. "I got to a place where [the public perception] was so different from who I am that I just stopped reading and stopped caring. But then, as my kids got older and started seeing the internet themselves, that's the difficult part. Even the 'Sad Affleck' meme — that was funny to me. I mean, there's nobody who hasn't felt that way at a junket. But then my kids see it and I think, 'Oh, are they going to think their dad is fundamentally sad or they have to worry about me?' That’s really tough."

Affleck shares three children — ages 16, 13 and 9 — with ex-wife, Jennifer Garner. The actors split in 2015 after 10 years of marriage. Garner and Affleck's divorce coincided with another dark time in the director's life as he filmed Justice League the following year.

"It was really Justice League that was the nadir for me. That was a bad experience because of a confluence of things: my own life, my divorce, being away too much, the competing agendas and then [director] Zack [Snyder]'s personal tragedy and the reshooting. It just was the worst experience," he said of the 2017 film. "It was awful. It was everything that I didn’t like about this."

Now, as he's about to turn 50 this year, Affleck is very content in his life.

"The common thread I've found from the people I know who've turned 50 who are the happiest is that they've stopped worrying so much about what other people think," he shared. "I think that's the gift of that age. When you hit 30, you think, 'Now I’ve figured it out,' then you hit 40 and you're like, 'I had no idea.' Now, when I think about being in my 20s, I wonder, 'How was my brain distinguishable from a gorilla's at that age?'"