MINSK (Reuters) – Belarus said on Wednesday that police had fired live rounds at protesters in the city of Brest and arrested more than 1,000 people nationwide, intensifying a crackdown that has prompted the European Union to weigh new sanctions on Minsk. 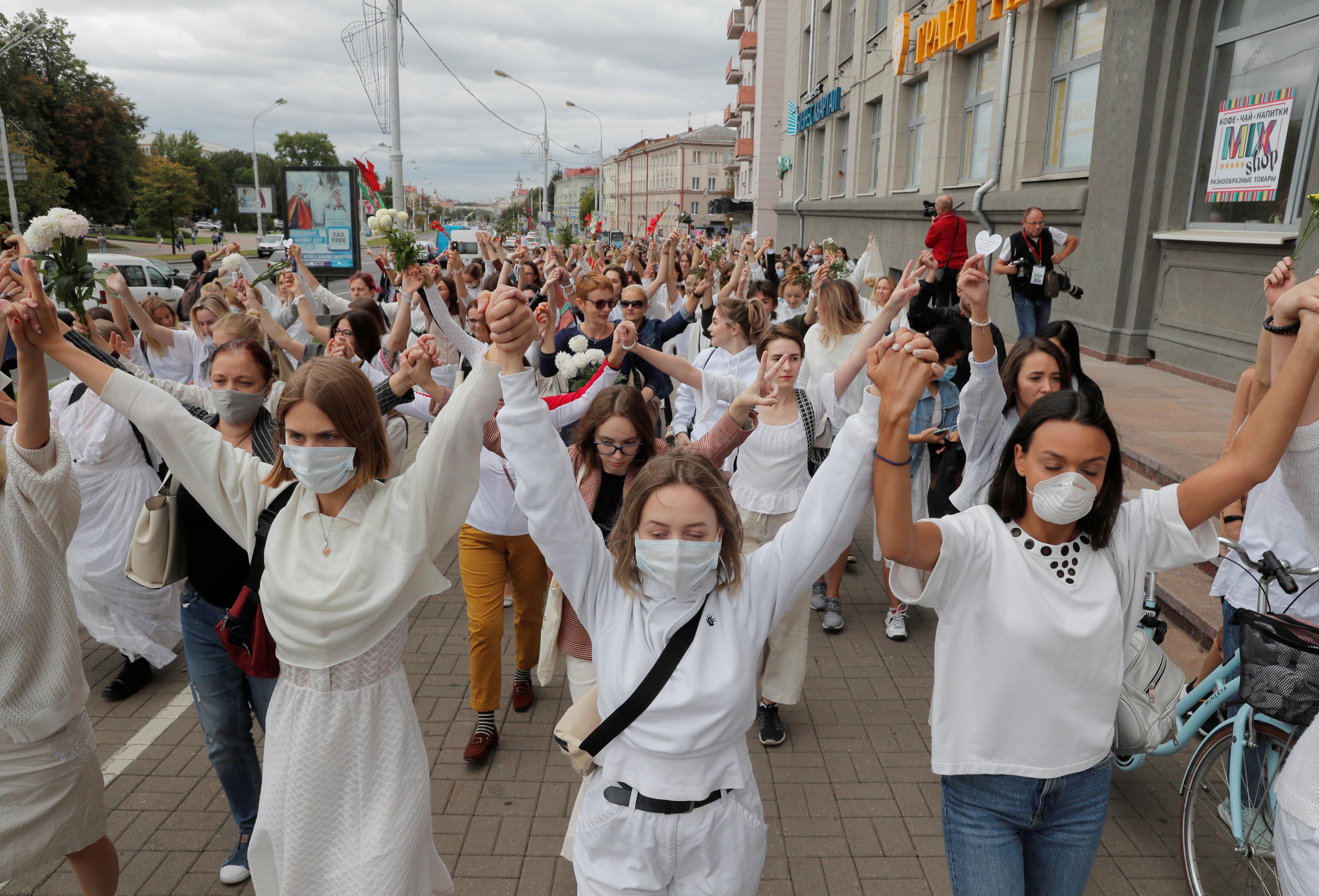 Security forces have clashed with protesters for three consecutive nights after strongman President Alexander Lukashenko claimed a landslide re-election victory in a vote on Sunday that his opponents say was rigged.

Hundreds of protesters took to the streets again on Wednesday. Women dressed in white formed a human chain outside a covered food market in the capital Minsk, while a crowd also gathered outside a prison where protesters were being kept.

Lukashenko has sought better ties with the West amid strained relations with traditional ally Russia. Brussels lifted sanctions, imposed over Lukashenko’s human rights record, in 2016 but will consider new measures this week.

A former Soviet collective farm manager, the 65-year-old Lukashenko has ruled Belarus for more than a quarter of a century but faces anger over his handling of the coronavirus pandemic, a sluggish economy and human rights.

“I have to come today to support those who go out at night,” said Elena, a protester speaking outside the covered market. “It’s not only my vote that was stolen from me, but 20 years of my life. The authorities must go.”

The Belarusian interior ministry said 51 protesters and 14 police officers had been injured in clashes on Tuesday night.

In Brest, a city in southwestern Belarus on the Polish border, police fired live rounds after some protesters it said were armed with metal bars ignored warning shots fired in the air, the ministry said. One person was injured.

Lukashenko has accused the protesters of being in cahoots with foreign backers from Russia and elsewhere.

Belarusian state media this week broadcast footage of a van in Minsk with Russian number plates saying it was packed with ammunition and tents.

Tracked down by Reuters, Valdemar Grubov, the van’s owner, said he was a film producer and that the vehicle contained only his own personal effects.

He said he had been unable to retrieve the van due to COVID-19 restrictions and was not involved in any foreign plot.

Lukashenko’s rival in Sunday’s vote, Sviatlana Tsikhanouskaya, a 37-year-old former English teacher, has fled to neighbouring Lithuania to join her children there. She urged her compatriots not to oppose the police and to avoid putting their lives in danger.