Belarus leader: Ready to share power, but not under pressure

Lukashenko says work is already under way on possible changes to the constitution that could redistribute power. 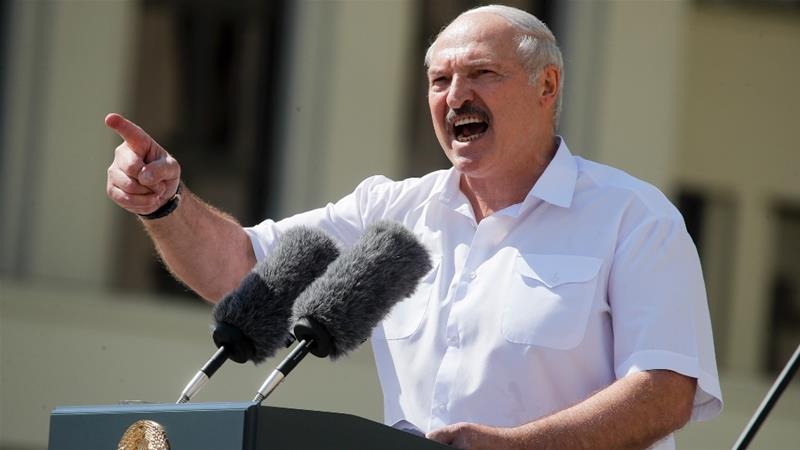 Belarusian President Alexander Lukashenko has said he would be willing to share power and change the constitution, but that he was not prepared to do so under pressure from protesters, according to Belta news agency.

Lukashenko on Monday said work was already under way on possible changes to the constitution that could redistribute power, Belta reported.

The embattled leader made the remarks at a tractor plant in Minsk where he also told workers that there would be no new presidential election after a disputed August 9 vote.

“We held elections already. Until you kill me, there will be no other elections,” he was quoted by the Tut.by media outlet as saying.

Nearly 5,000 workers from the Minsk Tractor Works plant, which has been on strike since Monday morning, marched down the streets, demanding that Lukashenko step down and cede his post to Svetlana Tikhanovskaya, the leading opposition candidate. 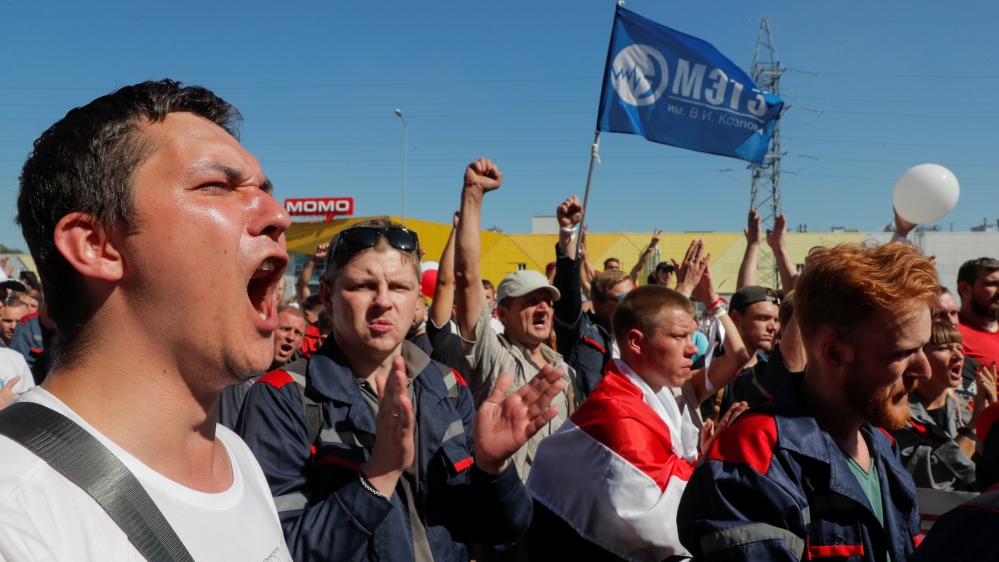 It was the ninth consecutive day of protesting against the results of an election that extended his 26-year rule.

The official results of the August 9 vote gave Lukashenko 80 percent of the votes and Tikhanovskaya only 10 percent, but the opposition claimed the vote was rigged.

“Lukashenko is a former president, he needs to go,” Sergei Dylevsky, the leader of the protest at the Minsk Tractor Works plant, told The The Associated Press news agency on Monday. “Sveta (Tikhanovskaya) is our president, legitimate and elected by the people.”

Tikhanovskaya, a 37-year-old former English teacher, entered the race after her husband – who planned to run himself – was jailed in Belarus. She managed to galvanise nationwide support, drawing tens of thousands to her campaign rallies.

Large-scale protests against the vote results continued even after she left the country for Lithuania last week, a move her campaign said was made under duress. 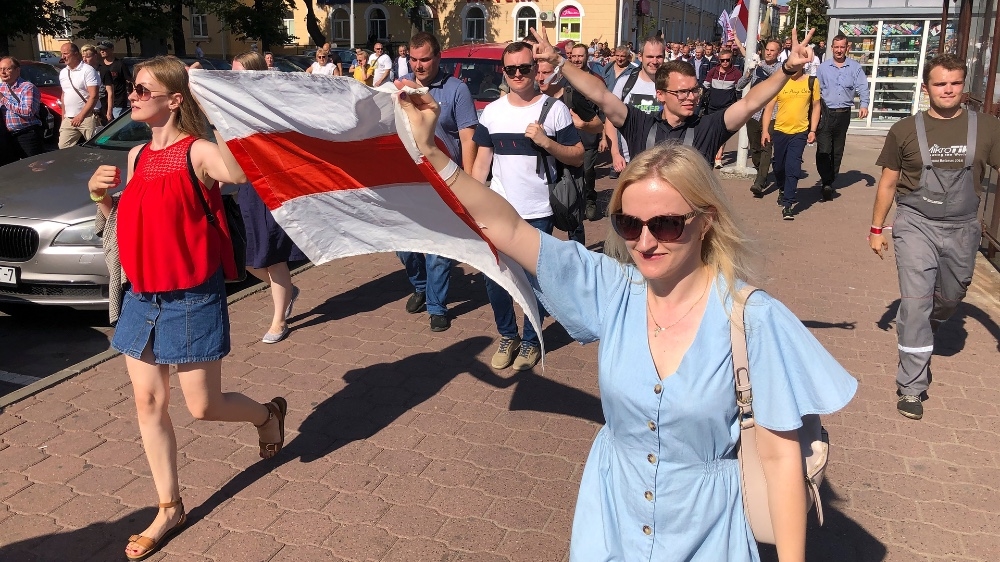 The protests have posed the biggest challenge yet to Lukashenko’s iron-fisted rule of the ex-Soviet nation of 9.5 million.

Belarusian authorities initially tried to suppress the rallies, arresting almost 7,000 people in the first days of the protests.

However, as protests grew and the harsh crackdown drew criticism in the West, law enforcement refrained from interfering with the crowds and appeared all but absent during a rally on Sunday that attracted about 200,000 people. 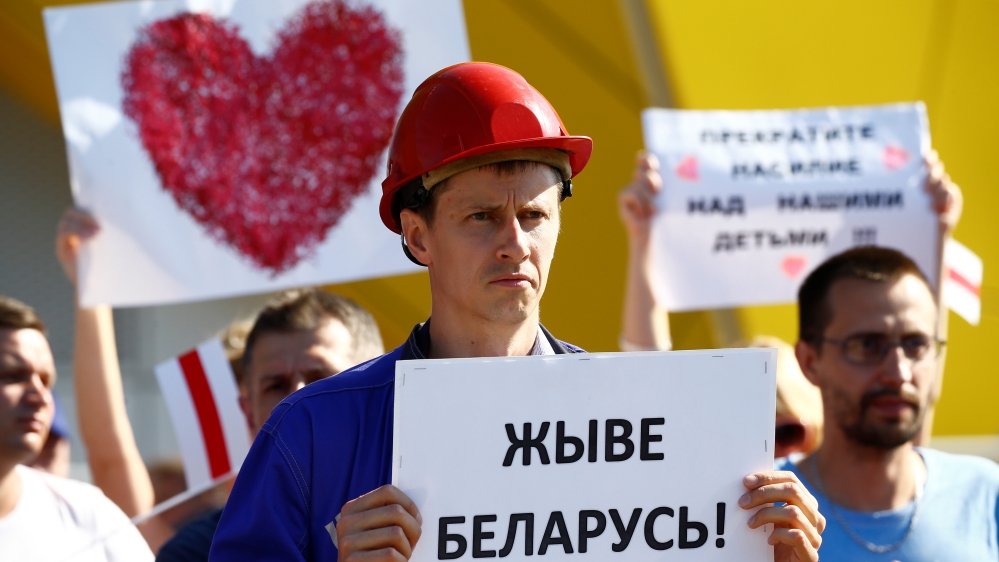 Tikhanovskaya said in a video statement on Monday she was ready to facilitate a rerun of the disputed election.

“I’m ready to take on the responsibility and act as a national leader in order for the country to calm down, return to its normal rhythm, in order for us to free all the political prisoners and prepare legislation and conditions for organising new presidential elections,” she said.

Lukashenko bristled at the idea of talks with the opposition, insisting his government was the only legitimate one, and rejected the idea of repeating the election at a rally in his support on Sunday.

The embattled president told a crowd of 50,000 that the country would “perish as a state” otherwise, and denounced the protesters as stooges of foreign masterminds.

Bollywood superstar singer SP Balasubrahmanyam has died of coronavirus
We and our partners use cookies on this site to improve our service, perform analytics, personalize advertising, measure advertising performance, and remember website preferences.Ok