BBC Weather: ‘Thunderstorms’ rumble across Europe as temperatures ‘dip away’

BBC weather presenter Ben Rich forecast “split weather fortunes across Europe” for the rest of the week. He said northern areas would be “very unsettled” while further south there will generally be “a lot of dry weather and some sunshine”. However, there are some “clump shower clouds” spinning around the continent, wrecking havoc.

The forecaster added: “There is still the potential for some showers and thunderstorms across southern portions of Italy as we go through Thursday.

“But those will increasingly slide away south eastwards.

“Across northern areas, we will see strong winds and showers or longer spells of rain.

“Thursday afternoon, through Turkey and Cyprus, it should be dry with some sunshine.” 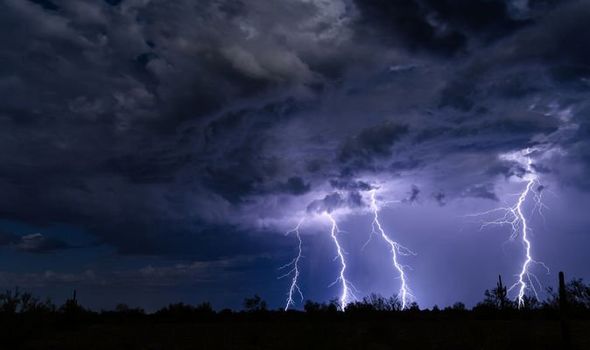 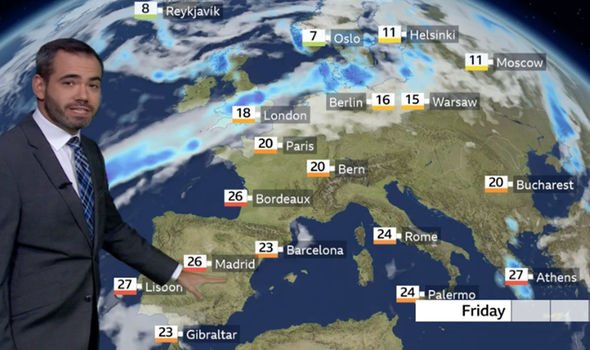 Mr Rich continued: “We will see increasing amounts of cloud into Greece and the Balkans, maybe some thunderstorms.

“But those same thunderstorms will be moving away from Italy, so it looks drier there.

“It will be mainly fine for Iberia and up to 26 degrees in Madrid.

“Meanwhile, cloud and rain will push further back in towards the British Isles.” 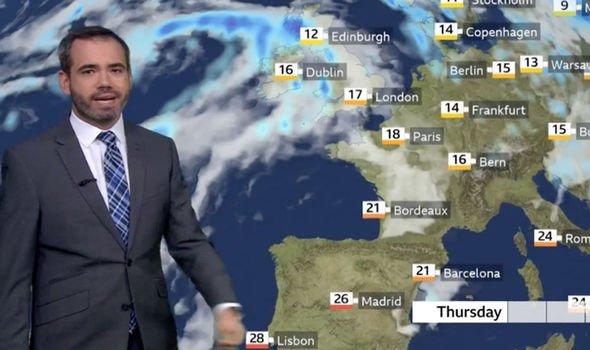 The weather presenter said: “Some showers will come through Scandinavia into the Baltic state and parts of northern Germany.

“We’ll see some really strong winds blowing across the northern portions of Europe as we get into Friday as well.

“On the cool side there in Oslo at seven degrees.” 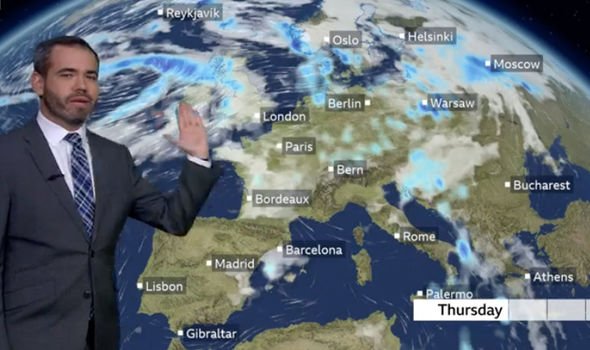 The BBC presenter continued: “Further south, there will be plenty of dry weather and some spells of sunshine.

“There is still some warmth to be had, although temperatures in Madrid will start to dip away as we head through the weekend and into next week.

“London looks very unsettled with plenty of showers in the forecast.

“Elsewhere in Berlin, there are signs of things warming up through the weekend.

“And there’s plenty of sunshine to come in Athens.”