At least 5 teachers have died from COVID-19 since the school year began. Here are their stories. 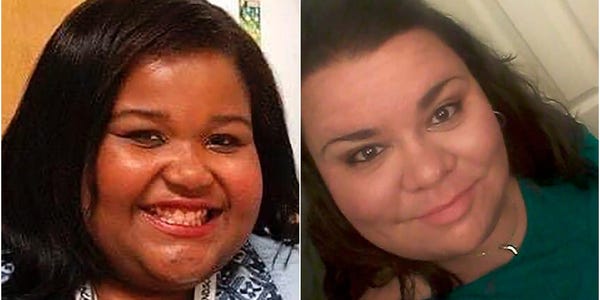 At least five teachers have died from COVID-19 in the US since the school year began in August.

Among them is AshLee DeMarinis, a special education teacher in Potosi, Missouri, who her sister described as "full of adventure."

"She was scared, especially being in the hospital by herself," DeMarinis' sister, Jennifer Heissenbuttel, told Insider.

Even before classes started last month, teachers and their unions have voiced concerns about a lack of personal protective equipment (PPE) and the inability to social distance. And in the weeks since, COVID-19 outbreaks have been reported in districts across the country.

Andrew Cook, the press secretary for the American Federation of Teachers, the country's second-largest teachers union, told Insider that more than 200 of its members, which include teachers, support staff, and retirees, have died from COVID-19 since the pandemic began.

At least three of the five teachers who recently died tested positive for COVID-19 before the school year began, meaning they never came in contact with students. Still, the deaths are raising concerns among other educators.

"Every time we see another teacher who has died… these were deaths that were preventable," AFT President Randi Weingarten told Insider. "This is how we prevent COVID transmission: It's a matter of will and resources. It's a matter of having the testing, reducing positivity rates in communities, and having the safeguards in schools."

Weingarten told Insider that schools should require staff and students to wear masks at all times, and there should be social distancing guidelines in place. She also said teachers should be tested regularly, and that districts should expand their contact tracing capabilities.

But each district across the US is handling this school year differently. Some are fully remote, which poses its own challenges, especially for those without access to high-speed internet or electronic devices. Some are returning to schools in-person, five days a week, without requiring masks or putting other safeguards in place. The nation is a patchwork of requirements with no national standard.

Alongside DeMarinis, four other teachers — Tom Slade, Demetria Bannister, Tacoma James, and Teresa Horn — have been named publicly as K-12 educators who have died from COVID-19.

All of the teachers left lasting imprints on their communities. Here are their stories.

AshLee DeMarinis, 34, was 'nervous' about returning to in-person classes — especially because of her asthma.

DeMarinis had asthma, which put her at a higher risk of developing serious symptoms from COVID-19. She went to visit a doctor in August after developing what she thought was an ear infection.

"Later that night she developed a fever and some mild shortness of breath," Hiessenbuttel, her sister, told Insider on Facebook Messenger. "The next morning it was much worse. She went back to the doctor and was sent to the hospital because her oxygen saturations [were] low. She was swabbed for COVID at the hospital and found out 2 days later that she was positive."

DeMarinis wasn't present for her school's first day of classes because she had already tested positive for the virus, but she had visited the school weeks earlier while preparing for the upcoming year.

Her district's superintendent, Alex McCaul, told Insider that officials used contact tracing to determine she hadn't come in close contact with anyone else in the district.

Heissenbuttel told Insider that her sister was a "great teacher."

She said she was always doing things for other people and would stop everything to help someone.

"The kids and staff all loved her. Just recently AshLee had a student [whose] mom wasn't able to afford a birthday for her child," Heissenbuttle told Insider. "My sister went and bought a birthday cake and presents for the child. This was the type of person she was, always doing for others."

But after coming in contact with someone who tested positive for COVID-19 at a church meeting, he decided to quarantine, Vancleave High School Principal Raina Holmes told the Associated Press.

His last day of in-person teaching was August 21, and he tested positive for the virus days later.

On August 30, Slade posted on Facebook about having pneumonia and COVID-19, according to the Biloxi Sun Herald. He said in the post that he had also had pneumonia in 2012 and 2016.

"He was a true representation of a Vancleave Bulldog and we will forever miss his wisdom, wittiness, love for all students, and love for his school family," his school wrote in a statement about his death.

Vancleave High School's Jackson County School District reported an outbreak of COVID-19 among students and staff in early August, though it remains unknown if Slade's case was tied to it.

It's unclear if the district is conducting contact tracing when outbreaks occur. The district didn't respond to Insider's requests for comment. John Strycker, superintendent of the Jackson County School District, told the Biloxi Sun Harald that district administrators meet every week to discuss COVID-19 guidelines.

"Every week we realize this is a moving target and it is new and unprecedented," he said.

Demetria Bannister, 28, died 3 days after being diagnosed with COVID-19

Demetria Bannister, a 28-year-old third-grade teacher at Windsor Elementary School in Columbia, South Carolina, died on September 7 due to complications caused by COVID-19. She had been diagnosed with the virus three days earlier, The State reported.

Bannister's last day at Windsor Elementary was on August 28, before classes began. She had been at the school for a teacher workday and then started teaching virtually on August 31.

"Known as Windsor's Songbird, Ms. Bannister used her musical talents to bring a great deal of joy to our school," Denise Quickel, principal of Windsor Elementary, said in a press release. "For our school's Attendance Matters kickoff in 2019 she wrote a song about the importance of coming to school to the tune of 'Old Town Road.' The song and video were a big hit with our school family. Ms. Bannister loved her students and never missed an opportunity to advocate for students and public education."

The school's district, Richland Two, conducted contact tracing upon learning Bannister had tested positive for COVID-19 and told those who had come in contact with her to quarantine.

The district's custodial provider then cleaned and disinfected the school "with EPA approved virucides and electrostatic disinfecting machines," the district said.

"I want to express my sincere condolences to Ms. Bannister's parents, relatives, friends and school family," Richland Two Superintendent Dr. Baron Davis said in the release. "While gone from us too soon, Ms. Bannister's legacy lives on through the lives of the students she taught in her five years as a dedicated educator."

James had spent the summer coaching football practices, but by the time in-person classes began the first week of August, he had developed COVID-19 symptoms and was quarantining. He died on August 6.

His district's superintendent, Adam Pugh, told Mississippi Today that he hadn't been in contact with students or staff in the week before his death.

Pugh said James was an "excellent educator," who went to school in the same district he was teaching in.

"I've known (James) since he was 13 years old because he was a student of mine in one of my very first classes," Pugh said. "He was such a loving person and a brilliant young man. We're devastated by this. This has been a really rough day."

Lafayette County School District experienced another COVID-19 outbreak in late August, forcing more than 200 fourth graders, their teachers, and their families to quarantine, according to the Star Herald.

Teresa Horn, 62, died from COVID-19 on August 28, and 12 others from her district have since tested positive for COVID-19

"It is with a heavy heart that I announce the passing of one of our teachers," the district said in a statement. "Losing a member of your family is never easy and in the current climate, it makes the situation even worse. We extend our sympathy to the family and our staff."

Horn was a teacher at Tahlequah High School for 26 years before her death.

"She loved to meet people, always had a smile on her face, and left an impact on people," her husband, Danny Horn, who also tested positive for COVID-19, told KTUL.

In the weeks since Horn's death, Tahlequah Public Schools has reported at least 12 COVID-19 cases among students and staff members, and dozens of people have had to quarantine due to exposure.

School districts should 'double down' on safeguards prevent the spread of COVID-19, the AFT says

Weingarten told Insider that the deaths should make districts "double down" on safeguards to help prevent the spread of the coronavirus. She said staff and students should be physically distancing, cleaning, washing their hands, and wearing masks.

Ahead of the school year, the AFT released multiple resources for teachers to educate them on how to protect themselves and their students from the coronavirus.

"There are no magic elixirs to simply reopen. Reopening demands comprehensive, transparent action and forthright communication by federal and state authorities, and will take the dedication, voice and forethought," the AFT said in its suggested plan for reopening schools. "The alignment in every school and workplace of public health, instruction and operations is absolutely imperative."

Research on risk of COVID-19 among children is still ongoing, even as kids begin to re-enter classrooms. Preliminary studies suggest that children are less likely to get a severe illness, but can still easily transmit the disease. A CDC report released last week suggested children could be "silent spreaders" of the virus, Insider's Gabby Landsverk reported.

Even before students returned to classrooms, there were reports of COVID-19 spreading among staff: In Gwinnett County, Georgia, 260 public school employees tested positive for COVID-19 or came in contact with someone who did after attending planning meetings in public school buildings, while in Santa Clara, California, at least one school official tested positive for COVID-19 after taking part in an indoor planning meeting.

Science Magazine reported in July that more than 20 countries had reopened schools. The World Health Organization said on Tuesday that about half of children worldwide have gone back.

Most required masks, urged social distancing, and kept children in small groups. In Israel, one of the many countries to reopen schools, epidemiological surveys by Israel's health ministry seen by the Wall Street Journal suggested that the move may have led to a surge in COVID-19 cases.

Still, many parents rely on schooling for childcare during working hours, and some students receive free meals through their public schools.

While many large districts have opted for virtual learning this fall, New York City is looking to start in-person learning on September 21.

Pugh, of the Lafayette County School District, told Mississippi Today that his goal is to keep people safe.

"In my 30 years in education and the last 12 as a superintendent, I've lost more sleep over keeping kids safe than anything," Pugh said in early August, after James' death. "Does all this have me worried? Absolutely. I want to keep all of our students as safe as I possibly can. This all worries me a great deal."

Firefighters start to gain upper hand against US western wildfires