Alexei Navalny was poisoned via a water bottle in his Siberian hotel room, according to the Kremlin critic’s entourage.

The politician’s team say they found traces of the novichok nerve agent in a bottle in his room in Tomsk. 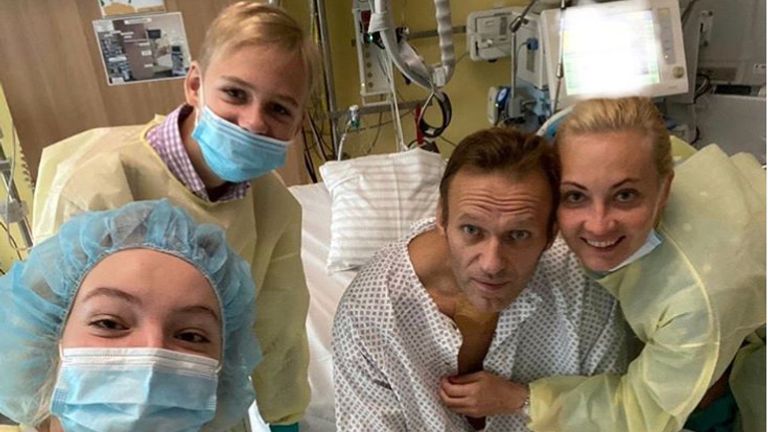 Mr Navalny is being treated in a German hospital after he was taken ill on a flight on 20 August.

It was previously said that he could have been poisoned through a drink he consumed at the airport before his journey.

In a video posted to Mr Navalny’s Instagram, his team appear to be searching the hotel room that he had been staying in.

They claim the footage was taken an hour after they found out the Kremlin opponent had been taken ill.

The text on the Instagram post said: “It was decided to gather up everything that could even hypothetically be useful and hand it to the doctors in Germany.

“The fact that the case would not be investigated in Russia was quite obvious.”

Among the items shown in the video were a number of water bottles.

According to the German authorities, the Putin critic was targeted with novichok – the same nerve agent used against Sergei Skripal in Salisbury in 2018.

Laboratories in Germany, France and Sweden have confirmed that he was poisoned with the nerve agent.

Russia has said it sees no evidence of poisoning in the Navalny case.

The Organisation for the Prohibition of Chemical Weapons said on Thursday that Germany has asked for assistance with its investigations.

A number of nations – including Britain, France and Germany – have demanded answers from Russia over the incident.