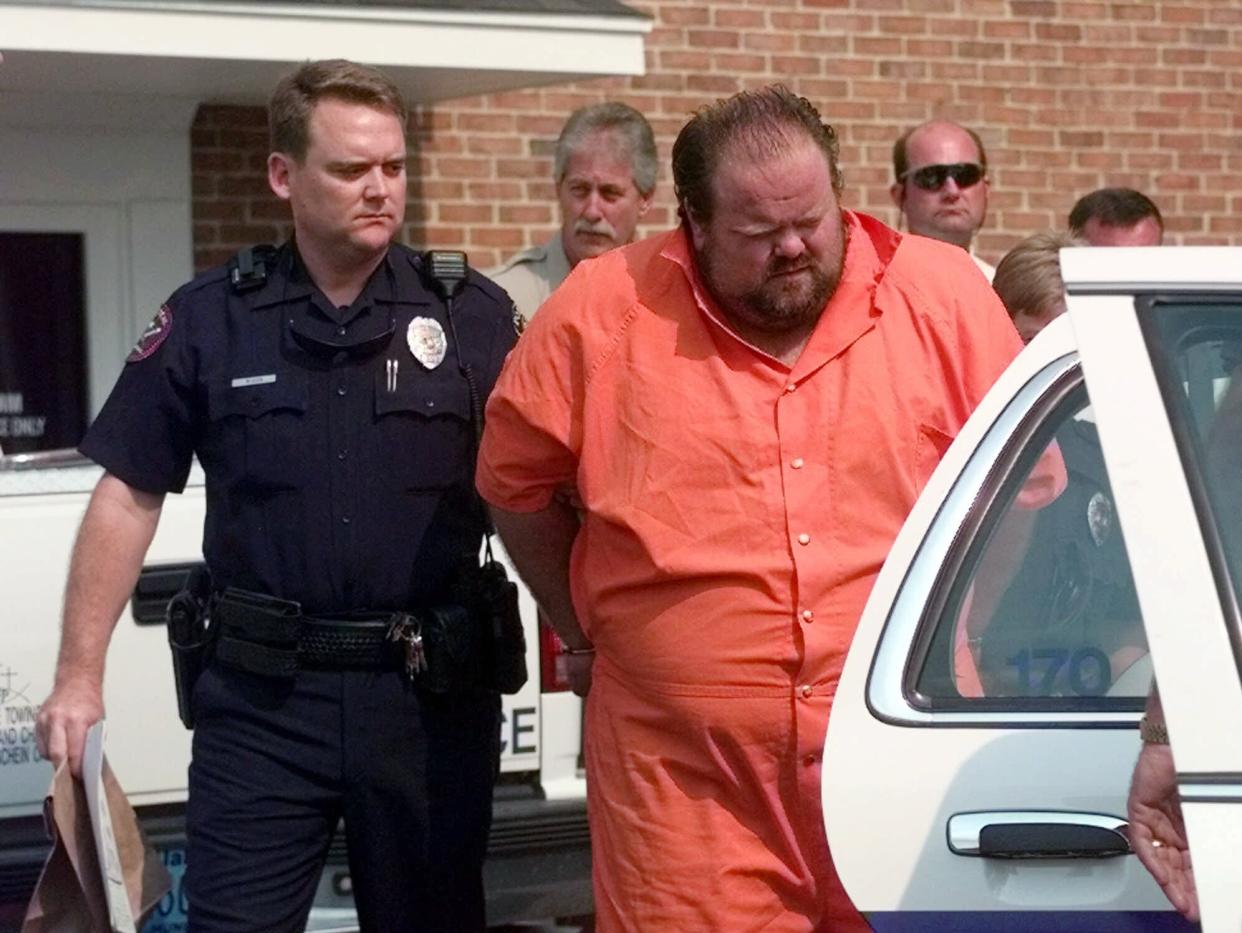 ATMORE, Ala. (AP) — Alabama officials called off the Thursday lethal injection of a man convicted in a 1999 workplace shooting because of time concerns and trouble accessing the inmate’s veins.

Alabama Corrections Commissioner John Hamm said the state halted the scheduled execution of Alan Miller after they determined they could not get the lethal injection underway before a midnight deadline. Prison officials made the decision at about 11:30 p.m. The last-minute reprieve came nearly three hours after a divided U.S. Supreme Court had cleared the way for the execution to begin.

“Due to time constraints resulting from the lateness of the court proceedings, the execution was called off once it was determined the condemned inmate’s veins could not be accessed in accordance with our protocol before the expiration of the death warrant,” Hamm said.

Hamm said "accessing the veins was taking a little bit longer than we anticipated." He did not know how long the team tried to establish a connection, but noted there are a number of procedures to be done before the team begins trying to connect the IV line.

Miller was returned to his regular cell at a south Alabama prison.

Second 'botched' execution in the state this year

The aborted execution came after the state's July execution of Joe Nathan James took more than three hours to get underway after the state had difficulties establishing an intravenous line, leading to accusations that the execution was botched.

Miller, 57, was sentenced to death after being convicted of a 1999 workplace rampage in which he killed Terry Jarvis, Lee Holdbrooks and Scott Yancy.

“Despite the circumstances that led to the cancellation of this execution, nothing will change the fact that a jury heard the evidence of this case and made a decision," Alabama Gov. Kay Ivey said in a statement. She added that three families are still grieving.

“We all know full well that Michael Holdbrooks, Terry Lee Jarvis and Christopher Scott Yancey did not choose to die by bullets to the chest. Tonight, my prayers are with the victims’ families and loved ones as they are forced to continue reliving the pain of their loss,” Ivey said.

"It is hard to see how they can persist with this broken method of execution that keeps going catastrophically wrong, again and again. In its desperation to execute, Alabama is experimenting on prisoners behind closed doors — surely the definition of cruel and unusual punishment,” Maya Foa, director of Reprieve US Forensic Justice Initiative, a human rights group opposed to the death penalty, said in a statement. 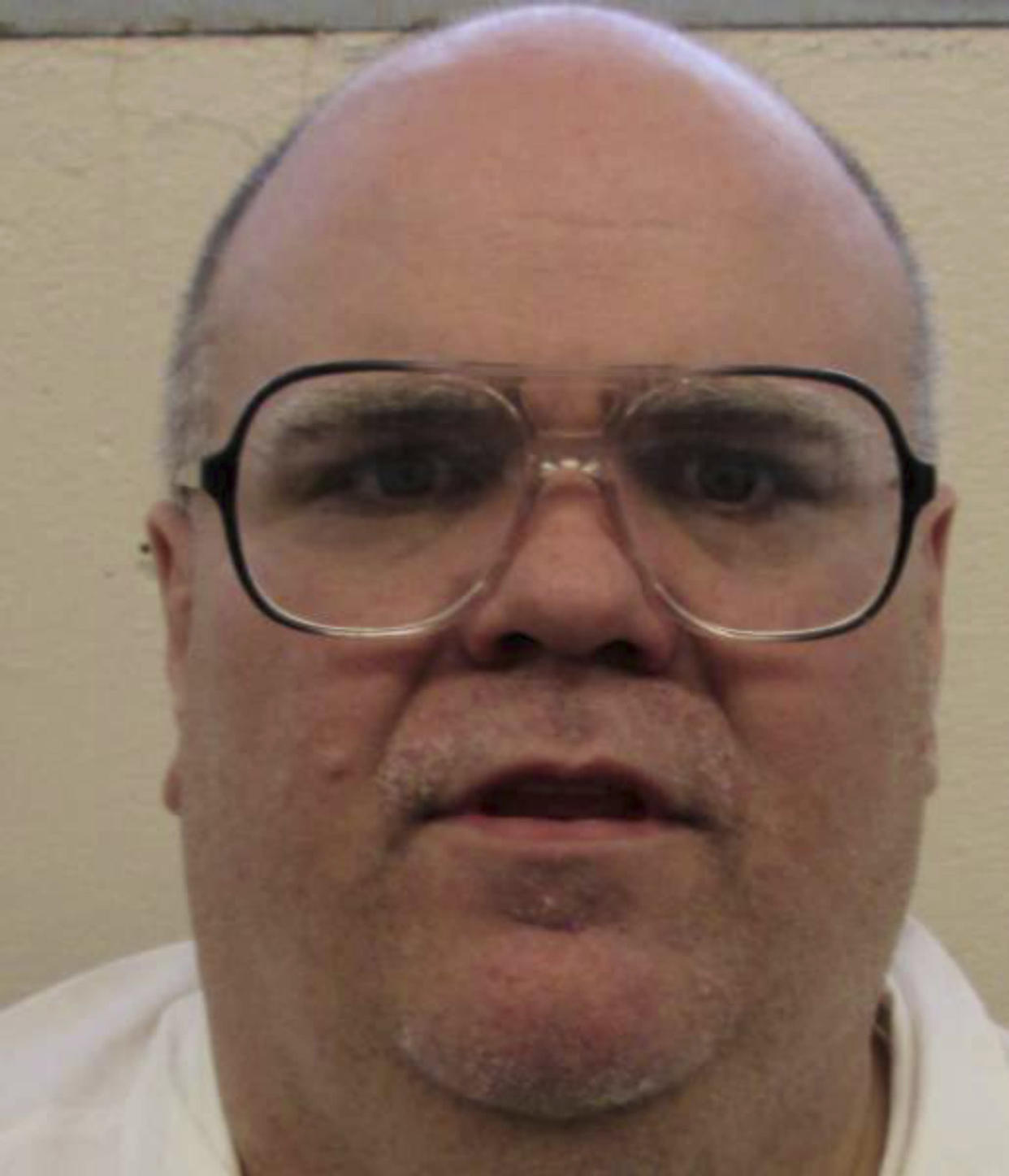 Prosecutors said Miller, a delivery truck driver, killed co-workers Holdbrooks and Yancy at a business in suburban Birmingham and then drove off to shoot former supervisor Jarvis at a business where Miller had previously worked. Each man was shot multiple times and Miller was captured after a highway chase.

Trial testimony indicated Miller believed the men were spreading rumors about him, including that he was gay. A psychiatrist hired by the defense found Miller suffered from severe mental illness and delusions but also said Miller’s condition wasn’t bad enough to use as a basis for an insanity defense under state law.

Justices in a 5-4 decision lifted an injunction — issued by a federal judge and left in place by the 11th U.S. Circuit Court of Appeals — that had blocked Miller's execution from going forward. Miller’s attorneys said the state lost the paperwork requesting his execution be carried out using nitrogen hypoxia, a method legally available to him but never before used in the U.S.

U.S. District Judge R. Austin Huffaker Jr. issued a preliminary injunction on Tuesday blocking the state from killing Miller by any means other than nitrogen hypoxia after finding it was “substantially likely” that Miller “submitted a timely election form even though the State says that it does not have any physical record of a form.”

Nitrogen hypoxia is a proposed execution method in which death would be caused by forcing the inmate to breathe only nitrogen, depriving him or her of the oxygen needed to maintain bodily functions. Nitrogen hypoxia is authorized for executions in three states but none have attempted to put an inmate to death using the method. Alabama officials told the judge they are working to finalize the protocol.

Many states have struggled to buy execution drugs in recent years after U.S. and European pharmaceutical companies began blocking the use of their products in lethal injections. That has led some to seek alternate methods.