WASHINGTON (Reuters) – Another round of upheaval engulfed President Donald Trump’s White House on Tuesday, with the future of several senior aides in doubt just a week after U.S. congressional elections. 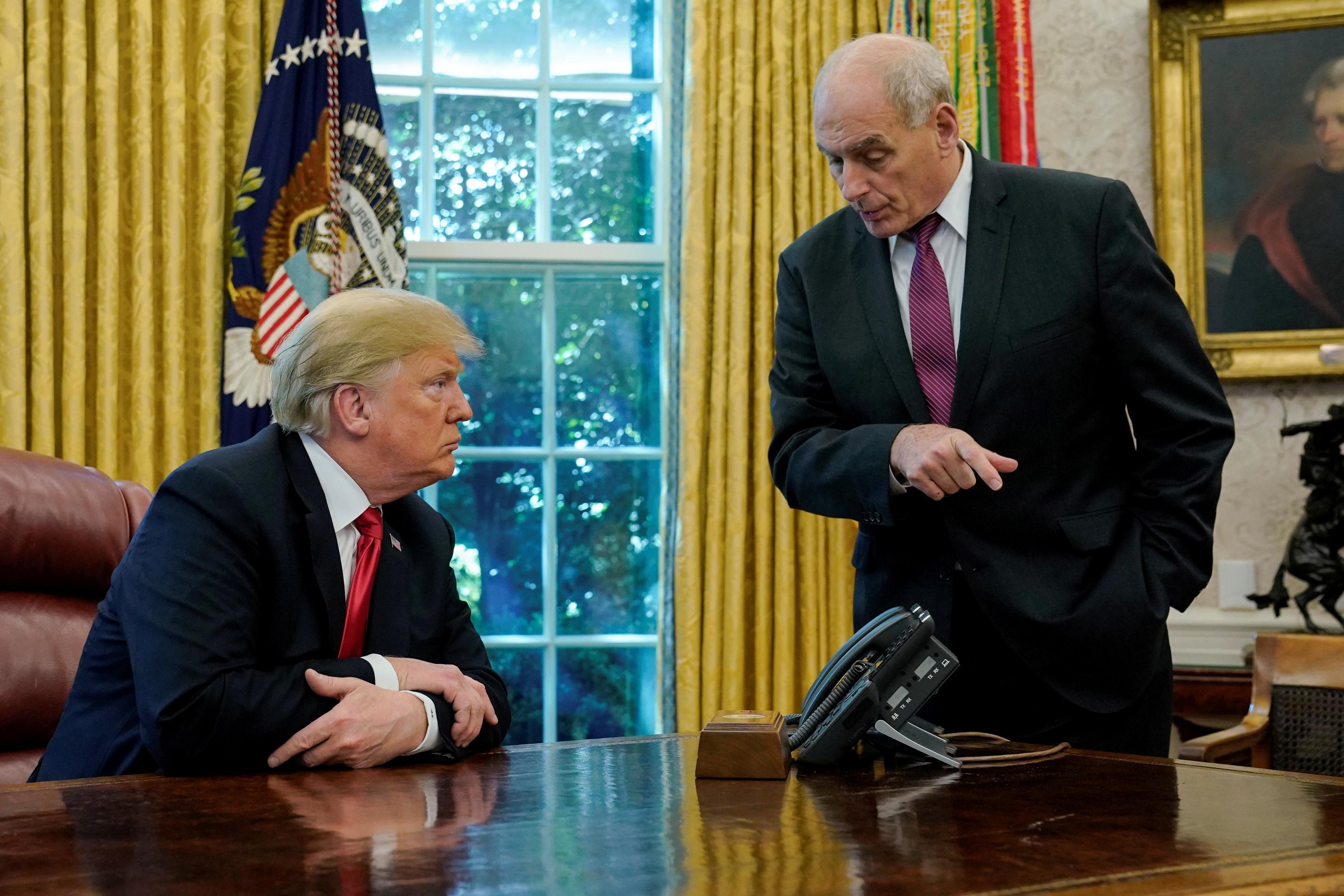 Turnover among White House personnel paused during the run-up to last week’s elections after senior Republicans asked Trump to refrain from firing staff, hoping to minimize perceptions of disorder.

Attorney General Jeff Sessions was forced out by Trump last week just hours after the results came in from the Nov. 6 elections, which handed majority control of the House of Representatives to Democrats.

Trump’s first 22 months in office have seen frequent shakeups. A study this year by the Brookings Institution, a think tank, found Trump’s White House has had the highest turnover of senior-level staff of the past five presidents.

In an unusual move, sources said, Trump was also ready to dismiss Mira Ricardel, deputy national security advisor, at the request of his wife, Melania Trump, after a clash between the two over the first lady’s recent trip to Africa.

Trump was expected to remove Nielsen, a source close to the White House said. Nielsen took the job after Trump made Kelly his chief of staff. But now the president is considering getting rid of both them, the source said.

Zinke has been under investigation for several ethics controversies including travel and a business deal in his home state of Montana, casting doubt on how long he would remain at the helm of the agency.

A final decision on his future could be postponed beyond this week. He is scheduled to travel to California on Wednesday and Thursday to visit communities hit by deadly wildfires, the Interior Department said on Tuesday.

Trump last week said Zinke was doing an “excellent job” but left open the possibility of replacing him. “We’re looking at that, and I do want to study whatever is being said,” Trump told reporters last week.

Adding to the sense of upheaval at the White House, Special Counsel Robert Mueller was planning to file more indictments in his 18-month investigation of Russian meddling in the 2016 presidential election and possible collusion between Moscow and the Trump campaign, sources said.