Northern Ireland has been 'stitched up' by EU says Bridgen

Andrew Bridgen told BBC’s Politics Live that he believes the UK is being “stitched up” following the resignation of First Minister Arlene Foster who saw a huge rise in unpopularity following the implementation of the Northern Ireland Protocol and throughout the Brexit negotiations. While Ms Foster stepped aside after listening to her opponents within the party, Mr Bridgen blasted the European Union for not solving the issues in Northern Ireland which ultimately he claimed led to the DUP leader’s resignation. The Tory backbencher added the EU was “clearly very bitter” about the UK’s departure and was seeking to punish them due to their successful vaccine rollout.

Speaking on Politics Live, Mr Bridgen told host Jo Coburn: “Ultimately I think we’re being stitched up by the European Union and it’s had a very bad effect on the DUP – quite rightly.

“There’s got to be a solution to this and I’m delighted that Lord Frost has stopped on because clearly, we’ve got unfinished business with the European Union.

“They might find that they need us rather than more than they might want to in the future.

“Once we’ve vaccinated and we’ve got massive supplies of vaccine which we can distribute around the world.” 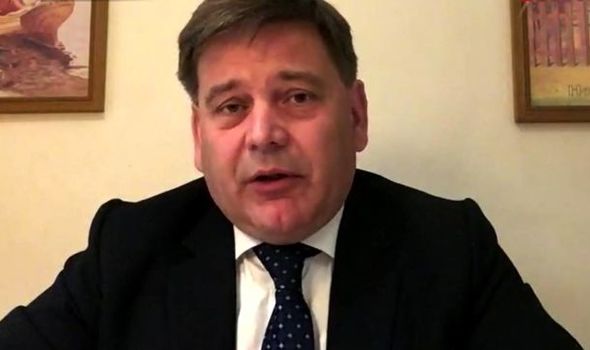 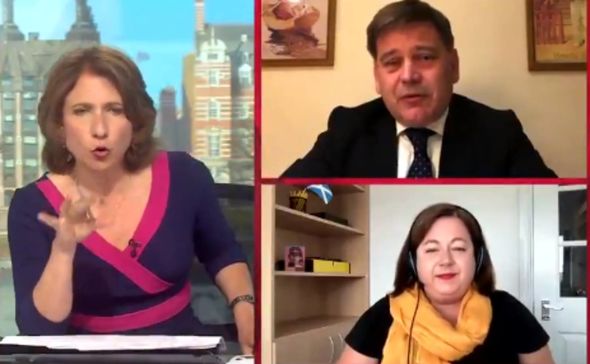 Brexit Minister Lord Frost has been wrangling with the EU to solve several post-Brexit deals and issues which have arisen since January.

The largest of those include the EU’s shellfish ban on the UK due to clean water issues and treatments.

The Northern Ireland Protocol is another as the UK attempts to figure out issues at the borders which have held up hauliers.

Goods entering Northern Ireland are subject to EU checks as it remains part of the single market and has special EU Customs status.

Violent protests have also broken out in Northern Ireland against the Irish Sea border as Loyalists grow concerned they may be excluded from the rest of the UK.

Lord Frost urges EU to 'tone down language' towards UK 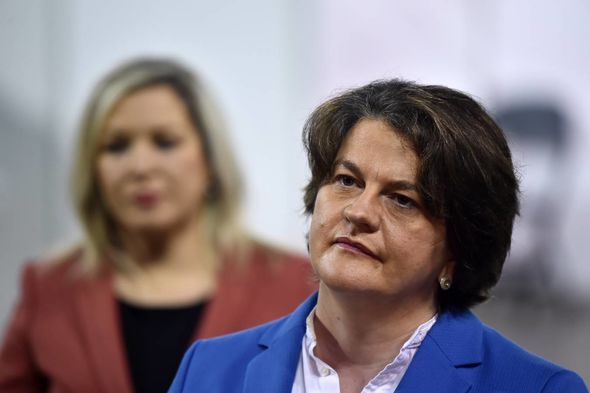 In response, Ms Coburn asked Mr Bridgen: “But you’re blaming the EU for their interpretation, wasn’t it always clear that there was going to be a problem with the border down the Irish Sea and checks between Great Britain and Northern Ireland being at the heart of this – and Arlene Foster has taken the fall for it?”

He replied: “She has and that is very unfortunate but this is a situation that’s going to happen because the current position with the interpretation of the Northern Ireland protocol is is untenable.

“I mean, it says in the agreement they’ll find pragmatic solutions and you’ve got the joint committee that should be ruling on these matters and it’s clear that the function of the trade agreement in the future partnership is not functioning.

“And that’s down to a lack of goodwill on the EU side who are clearly very bitter about the way that we’ve left the European Union. 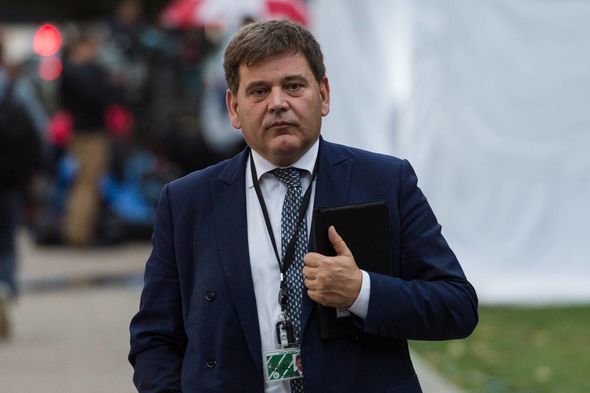 “They’re upset with the fact that we’re rolling out the vaccine programme far faster than they are and they’re getting the political backlash that they’re not used to from their own populace in the EU.”

Arlene Foster announced she would be stepping down as DUP leader and first minister after conceding to an internal revolt in her party.

Elected in 2016, the First Minister faced tough opposition throughout her time in office which was only supercharged once Brexit negotiations and the transition period began.

Cabinet Minister Michael Gove attempted to negotiate with the EU to introduce a longer grace period in Northern Ireland which would suspend some border checks.

The request was denied with Ms Foster criticising the EU for having its “head in the sand” during negotiations.

The DUP joined forces with the Conservatives in 2017 when Theresa May led a minority Tory government in return for increased Northern Ireland investment.