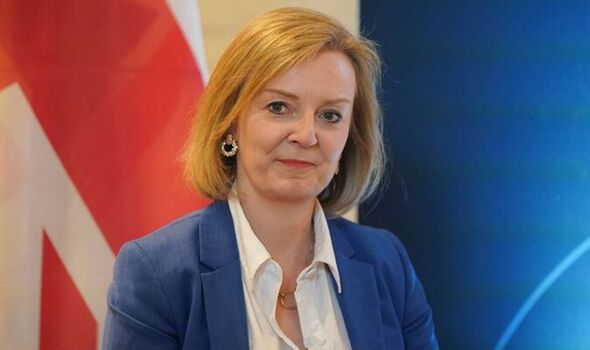 UK officials said the European Commission vice-president refused to discuss changes to the Northern Ireland Protocol of the Brexit deal, despite warnings that tensions caused by customs checks on goods crossing the Irish Sea threaten to undermine the Belfast Good Friday Agreement.

One source close to the Foreign Secretary commented: “If the EU really cared about the Good Friday Agreement, they would not be making these ridiculous claims that they are being flexible.

“Their proposals do not cut the mustard, frankly. Liz’s position is that the situation is now urgent.”

Other Government figures also stepped up with their verdicts in the row.

After the EU negotiator accused the UK of “threats and blackmail”, Mr Rees-Mogg told the Daily Express: “He won’t respond to anything will he, so it doesn’t make much odds.

“So, if he constantly wishes to take no notice of us, then we will have to do things for ourselves. The EU behaves as the EU behaves. I never worry about that really, it’s just what it does.”

A Foreign Office spokesman said: “The Foreign Secretary outlined why EU proposals would take us backwards, by creating more checks and paperwork.

“Vice-president Sefcovic confirmed that there was no room to expand the EU negotiating mandate or introduce new proposals to reduce the overall level of trade friction.

“The Foreign Secretary noted this with regret and said the situation in Northern Ireland is a matter of internal peace and security for the United Kingdom.

“If the EU would not show the requisite flexibility to help solve those issues, then as a responsible Government we would have no choice but to act.”

After the phone conversation, Mr Sefcovic hit back, saying: “It continues to be of serious concern that the UK Government intends to embark on the path of unilateral action.” He condemned a British threat to dump parts of the protocol as “simply not acceptable.

“I am convinced that only joint solutions will work. Unilateral action, effectively disapplying an international agreement such as the protocol, is simply not acceptable.”

He added: “This would undermine trust between the EU and UK as well as compromise our ultimate objective – to protect the Good Friday (Belfast) Agreement in all its dimensions, while ensuring legal certainty and predictability for the people and businesses in Northern Ireland.

“Such unilateral action will also undermine the conditions which are essential for Northern Ireland to continue to have access to the EU single market for goods.”

During a visit to Stoke-on-Trent, the Prime Minister said: “Northern Ireland is an incredible place, it’s got a fantastic future. At the moment, very sadly, the institutions of democracy, the political governance of Northern Ireland, has collapsed.

“The institutions set up under the Good Friday Agreement aren’t functioning. The Executive, the Assembly – they can’t form.

“That’s a bad thing at any time, that’s a bad thing now when the people of Northern Ireland need leadership, they need a regional, a provincial Government that will focus on the cost of living, on healthcare, on transport, on things that matter in their everyday lives.

“The reason they don’t have that is because there’s one community in Northern Ireland that won’t accept the way the protocol works at present – we’ve got to fix that.”

Downing Street sources said talks between Whitehall and Brussels officials were to continue last night and then over the weekend to try to find a breakthrough.

Mr Johnson’s spokesman said the EU position was “disappointing” but he insisted ministers had not taken any decisions about the Government’s next steps: “We will continue to see what, if any, progress can be made.

“We have seen on a number of occasions the EU has made statements about the protocol.

“Following subsequent negotiation, there have been concessions made. We think those are on a relatively limited scale.

“We want there to be much more significant changes to the way the protocol is currently functioning, so we think it is right to keep all options open.

“Things are very serious and we won’t hesitate to take action if things like the Good Friday Agreement are at risk.”

Commons Leader Mark Spencer said yesterday: “If the protocol is damaging the Good Friday Agreement, then the UK Government will have to take action.”

UK Cabinet Office Minister Michael Ellis told the European Parliament in Brussels: “The current situation with the protocol is not working. We will take action to protect the Belfast Good Friday Agreement if solutions cannot be found.”