Trump says will nominate new ambassador to U.N. by end of the year 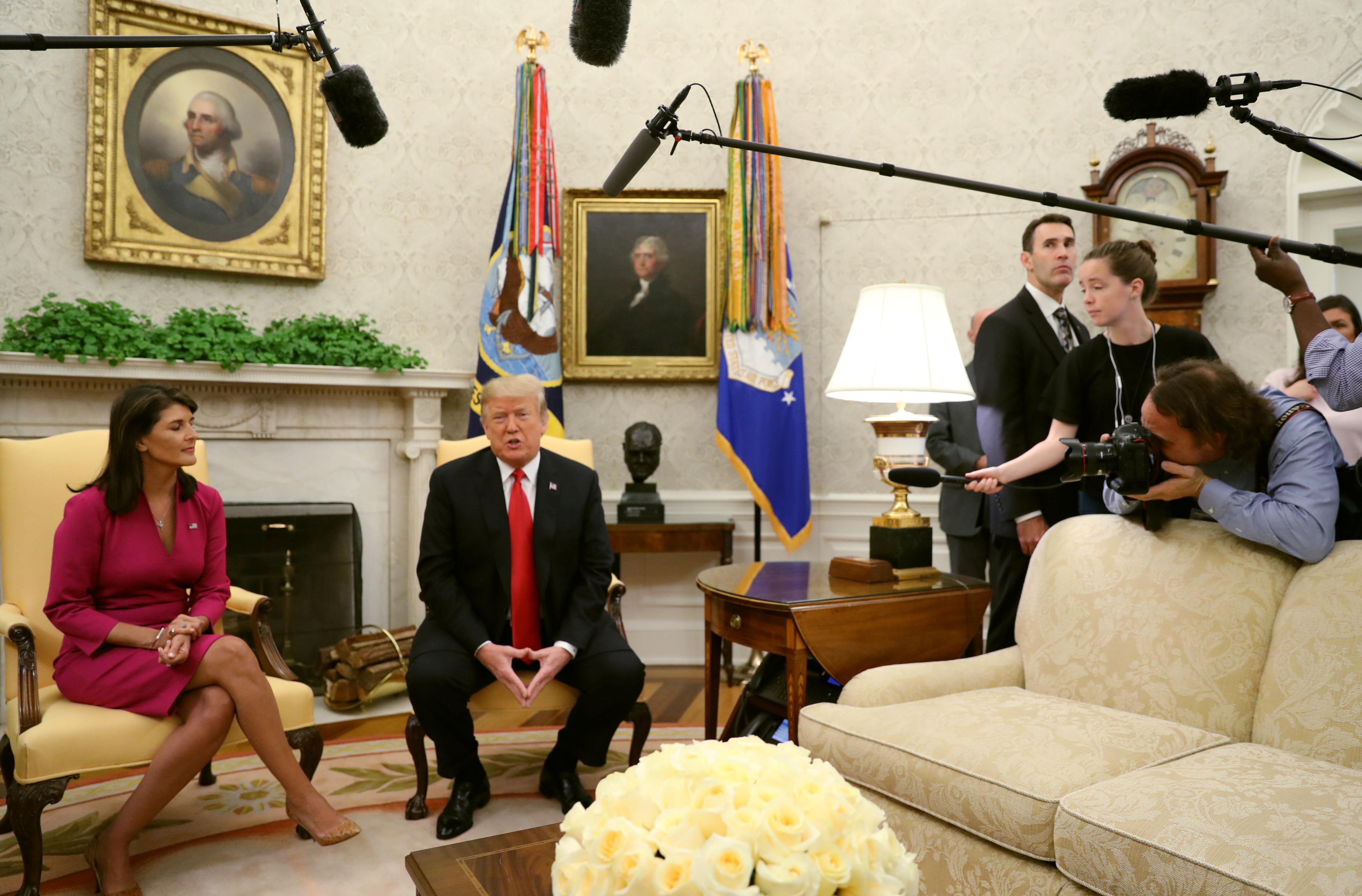 WASHINGTON (Reuters) – U.S. President Donald Trump said on Friday he would make a decision on nominating a new U.S. ambassador to the United Nations by the end of the year.

He told reporters at the White House that he was considering U.S. State Department spokeswoman Heather Nauert and other people for the post to succeed Nikki Haley, who said last month she would resign at the end of the year.