WASHINGTON (Reuters) – President Donald Trump said his homeland security officials will make a plea to congressional leaders for a border wall on Wednesday and indicated he would not drop his demand for $5 billion in wall funding that triggered a partial government shutdown now in its 12th day.

In comments during a Cabinet meeting, Trump also said he was open to working on a path to legal status for hundreds of thousands of young illegal immigrants known as Dreamers, pointing toward a potential broader deal with Democrats that could resolve the shutdown.

Trump’s demand for the wall funding thwarted congressional efforts to pass legislation last month to keep about a quarter of the federal government funded, affecting some 800,000 federal workers. Democrats oppose the wall and Trump’s funding demand.

The Cabinet meeting came ahead of a border security briefing at the White House for Democratic and Republican congressional leaders by U.S. Department of Homeland Security officials.

The briefing for lawmakers, coming on the last day that Trump’s fellow Republicans control both chambers of Congress, is set for 3 p.m. (2000 GMT) in the White House Situation Room, generally used for high-level security concerns such as military planning.

The $5 billion Trump is seeking would cover only a portion of the money needed for a border wall and, when asked by a reporter if he would accept less than that, he said: “I’d rather not say it. Could we do it for a little bit less? It’s so insignificant compared to what we’re talking about.”

Democrats take charge of the House of Representatives from Trump’s fellow Republicans when the new 2019-2020 Congress convenes on Thursday. Led by presumptive House Speaker Nancy Pelosi, they have scheduled votes on their first day in power on legislation that would end the shutdown without providing the wall funding Trump wants. Republicans retain control of the Senate.

Federal courts have blocked Trump’s effort to end a program begun in 2012 under Democratic former President Barack Obama that protected hundreds of thousands of illegal immigrants brought into the United States as children from deportation and gave them work permits. 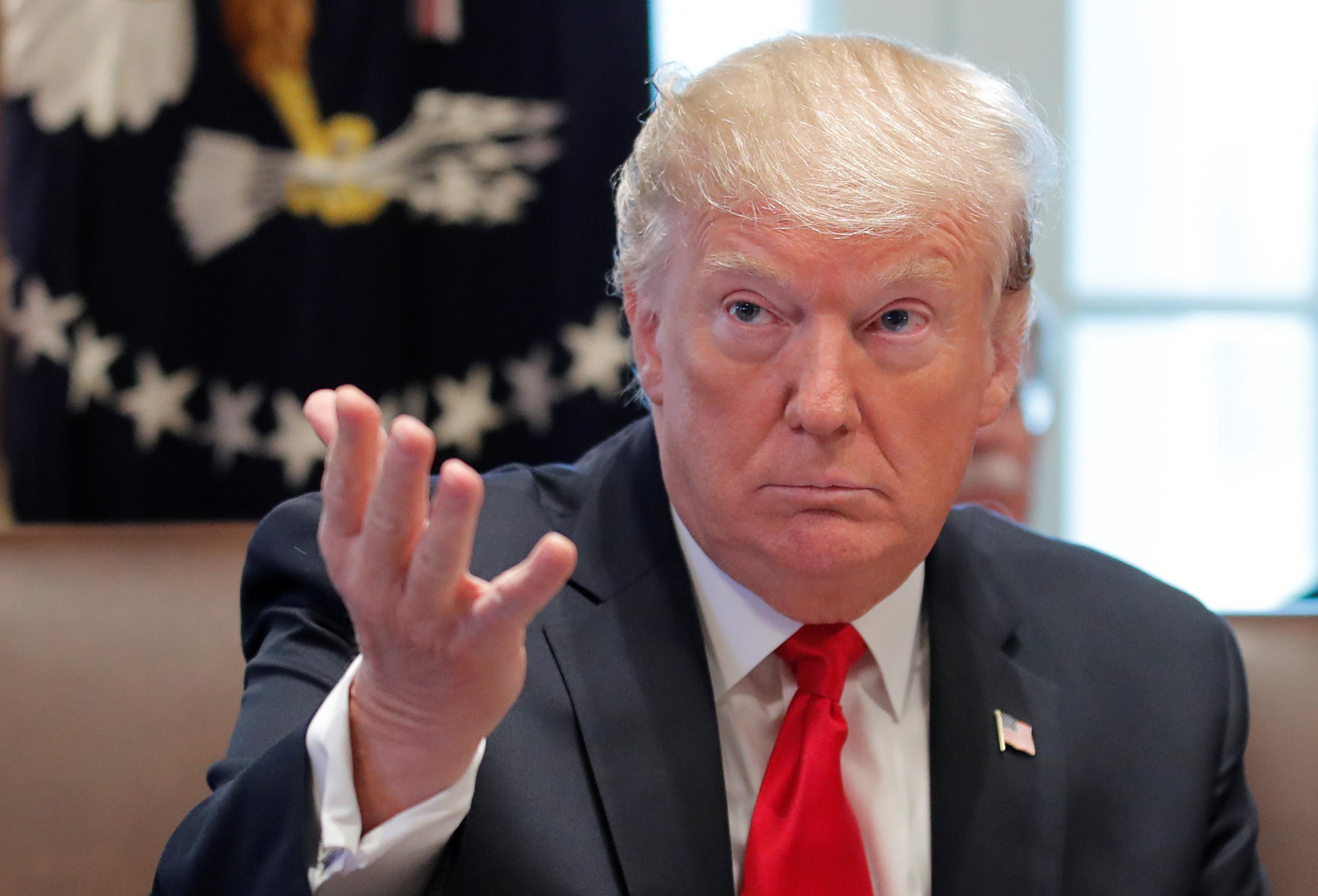 After a White House meeting on Sunday, Republican Senator Lindsey Graham said Trump was receptive to Graham’s idea of a deal that might provide work permits to Dreamers in exchange for money for physical border barriers.

Trump’s administration asked the U.S. Supreme Court in November to allow the president to end Obama’s Deferred Action for Childhood Arrivals, or DACA.

Speaking during the Cabinet meeting, Trump said he was sure the Supreme Court would side with him and that the administration would then be able to make a deal easily on the so-called Dreamers and the wall.

White House spokeswoman Sarah Sanders in a statement late on Tuesday called the Democratic plan “a non-starter because it does not fund our homeland security or keep American families safe from human trafficking, drugs, and crime.”

Trump made the border wall a key part of his presidential campaign and said Mexico would pay for it. Mexico has refused. The project’s total price tag is estimated at $23 billion.

Trump said U.S. Immigration and Customs Enforcement and border patrol officials will make a plea for a wall at the meeting. 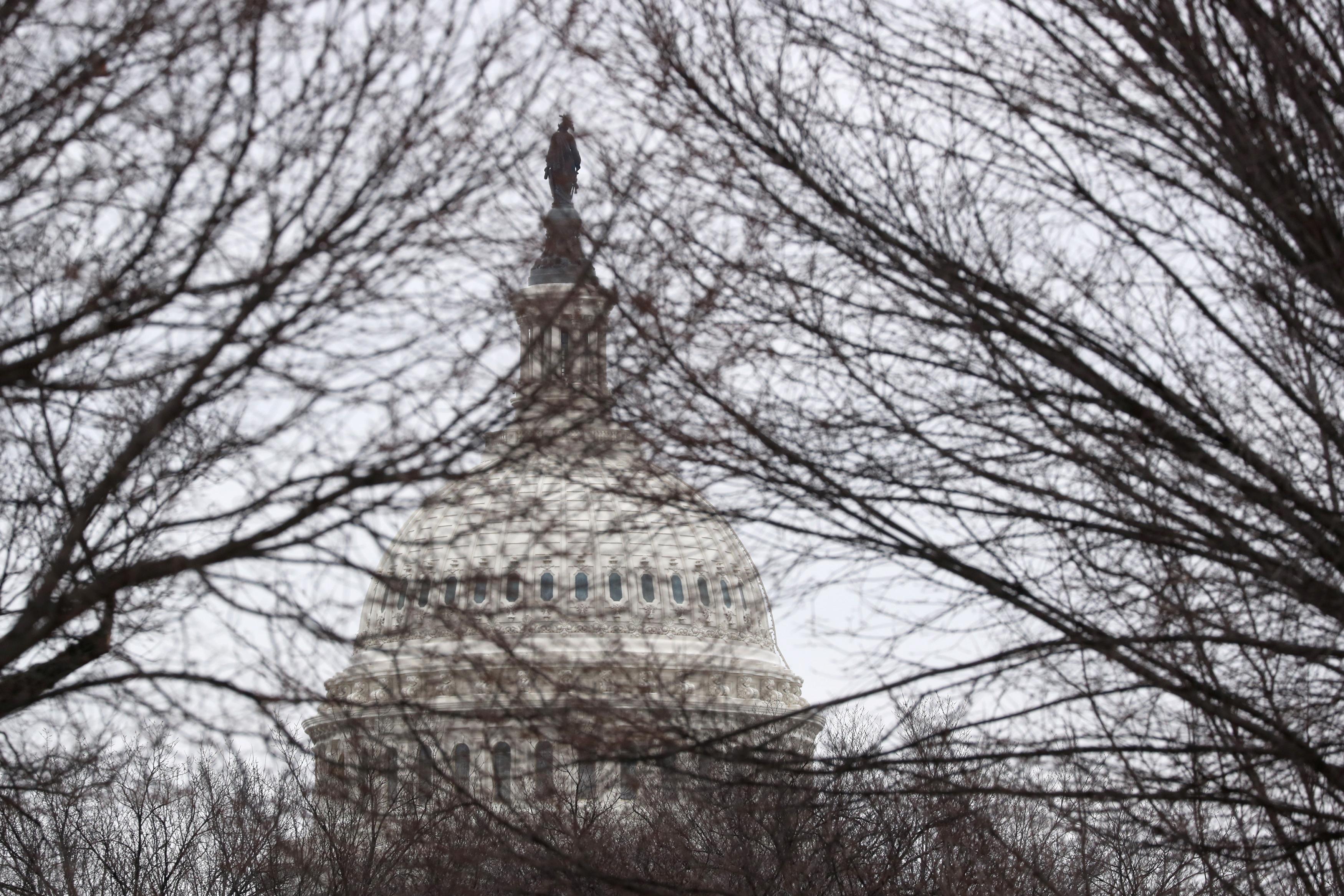 Democrats sought to lower expectations for the gathering. A senior Democratic aide said, “It not a meeting, it is a briefing. We expect a one-sided, non-factual presentation. Expect Democrats to again have to correct the record in the meeting and afterward.”

Prospects for the two-part Democratic spending package that will be voted upon in the House appear grim in the Senate. The measure sets up the first major battle of the new Congress between House Democrats led by Pelosi and Republican Senate Majority Leader Mitch McConnell, who has said Senate Republicans will not approve a spending measure Trump does not support.

The visit by Pelosi and Democratic Senate leader Chuck Schumer would be their first to the White House since their sharp exchange with Trump in the Oval Office on Dec. 11 during which the president told them he would be “proud to shut down the government for border security.”

He has since blamed Democrats for the shutdown, reiterating that stance on Wednesday.