Trump jabs back at 'Mr. Kellyanne Conway,' an unusual critic

WASHINGTON (Reuters) – U.S. President Donald Trump on Friday took a jab at a conservative lawyer whose critical tweets and editorials have attracted an outsized following because he is married to a top aide to the president. 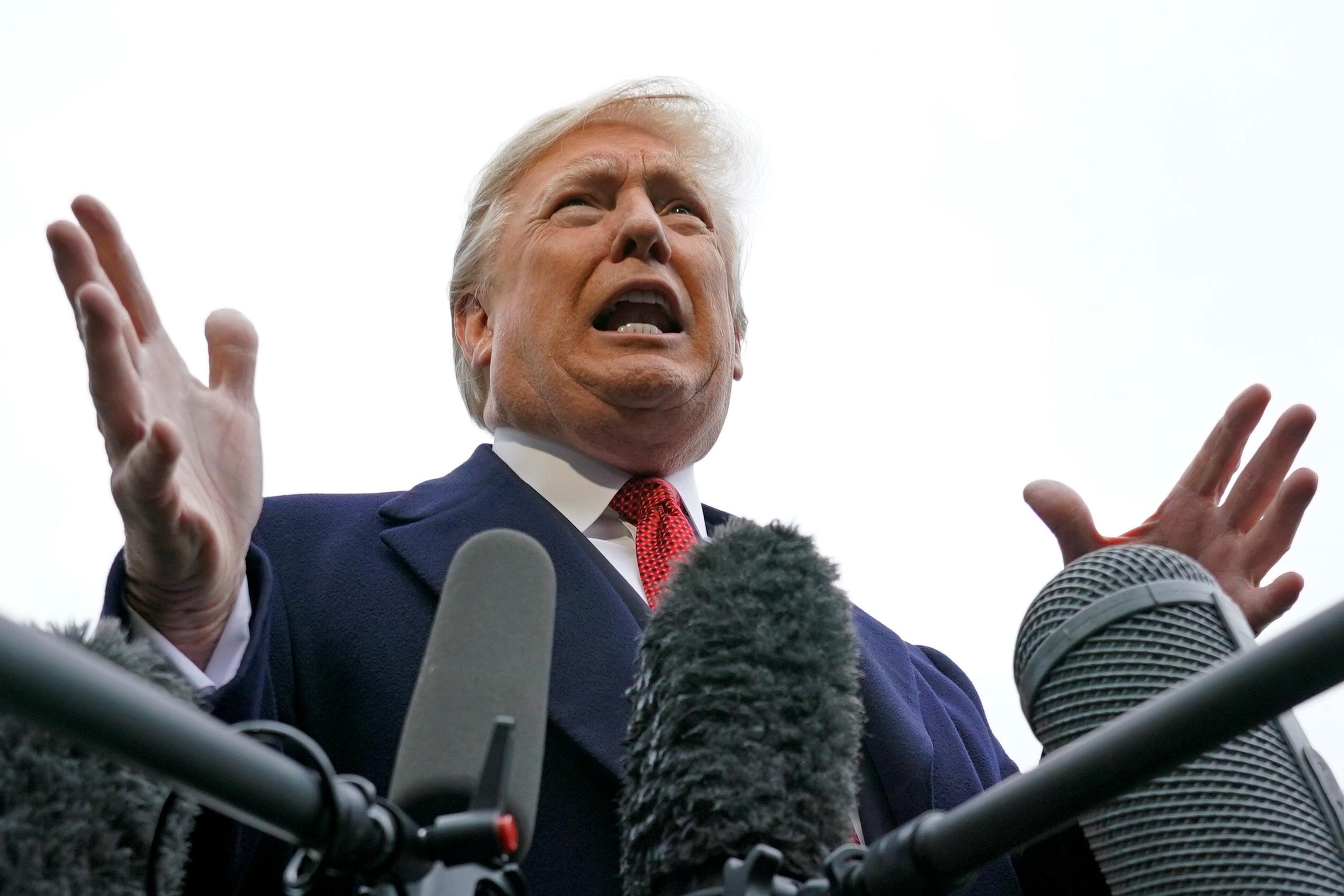 “You mean, Mr. Kellyanne Conway?” Trump said to reporters when asked about a Thursday New York Times editorial by George Conway, who wrote that Trump’s appointment of Matthew Whitaker as acting attorney general was unconstitutional.

“He’s trying to get publicity for himself,” Trump said, dismissing the commentary from the lawyer, whose wife Kellyanne Conway is counselor to Trump, and managed his 2016 presidential election campaign.

“Why don’t you do this: why don’t you ask Kellyanne that question, alright? She might know him better than me. I really don’t know the guy,” Trump said.

Neither Kellyanne Conway nor her husband responded to requests for comment.

Early in his presidency, Trump had considered George Conway for a top Department of Justice job, but Conway withdrew from consideration.

Since then, Conway has frequently posted comments viewed as critical of the president on Twitter.

In the past week, he retweeted articles about the number of false and misleading claims made by Trump during the congressional election campaign, and comments from former Defense Secretary Chuck Hagel who said Trump was using troops on the U.S. border with Mexico as “pawns.”

Last week, Conway co-authored an opinion piece in the Washington Post that argued a Trump move to end the right to citizenship for children of foreigners born on U.S. soil would be unconstitutional.

“To say that ‘illegal immigrants are not subject to the jurisdiction of the United States’ is just drivel,” Conway wrote on Twitter, citing Trump’s contention that birthright citizenship was not guaranteed by the U.S. Constitution.

“Were that true, then the government wouldn’t be able to arrest them. Surely that’s not the President’s position. Clearly he has no comprehension of the words he’s using,” Conway said.

Kellyanne Conway, a stalwart defender of Trump, has been reluctant to talk about her husband’s criticism of her boss. In April, she angrily told a CNN television interviewer who asked about it that the question “was meant to harass and embarrass.”

In an interview with the Washington Post in August, Conway said her husband’s tweets were viewed as “disrespectful” but did not want to talk about them.