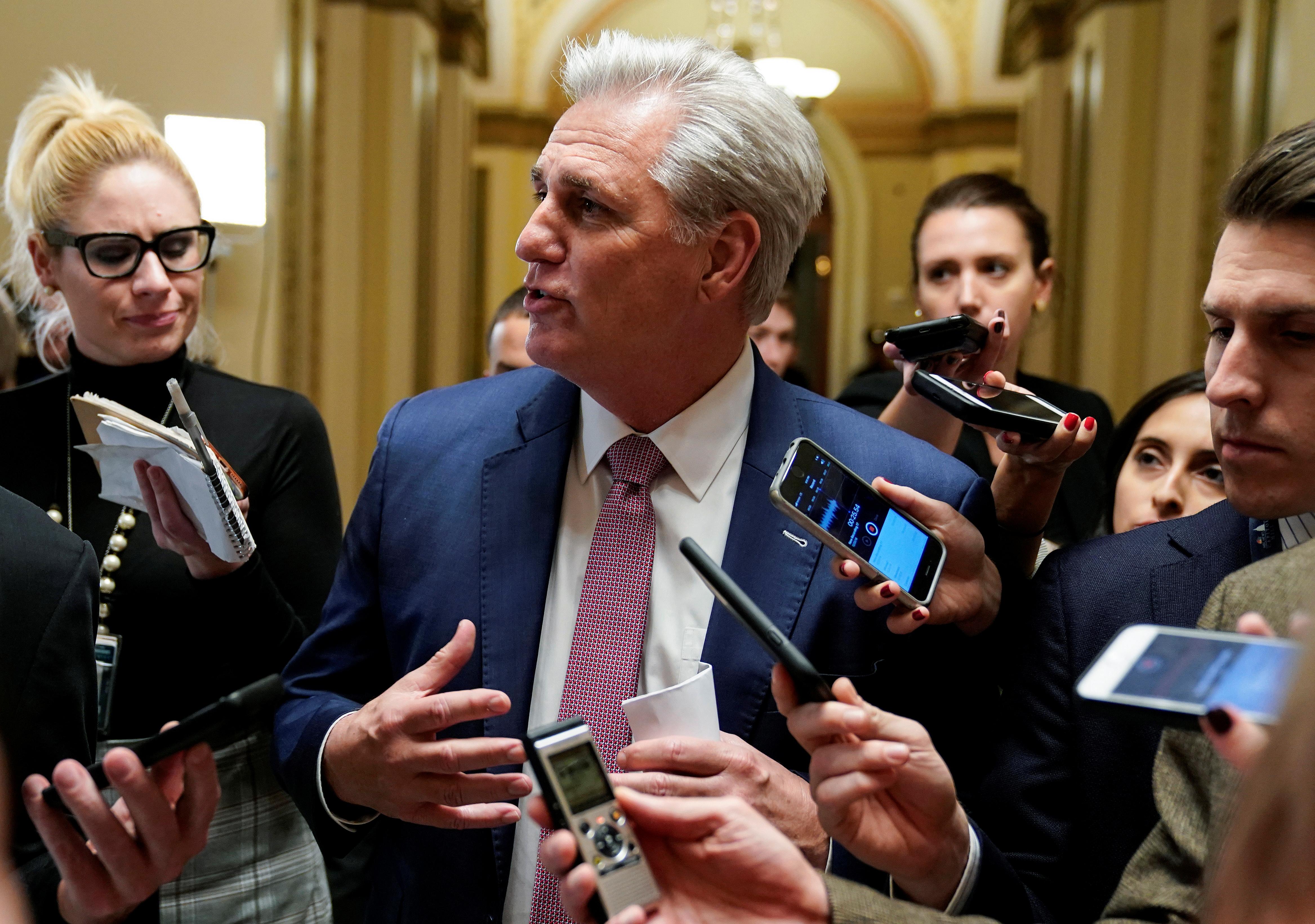 Speaking after a meeting of congressional leaders with Trump at the White House, McCarthy said he believed the president wanted to find a solution to the crisis.

“We know that we have a challenge along the border. We want to solve that issue. We want to make sure we open this government up. And I think at the end of the day, the president, listening to him, he wants to solve this as well,” McCarthy said.

Democrats said they would proceed with plans to hold votes on Thursday, when they formally take control of the U.S. House of Representatives from Trump’s fellow Republicans, on legislation that would end the shutdown without providing money for a wall on the U.S.-Mexico border that Trump sought. The White House has called the two-part package a “non-starter.”

“We’re asking the president to open up government,” Democrat Nancy Pelosi, the presumptive House speaker, told reporters outside the White House after top lawmakers met with Trump and his homeland security officials.