Giorgia Meloni says the EU has an 'inadequacy to respond'

The two leaders met in Berlin on Monday to discuss Europe’s energy crisis. But the Chancellor and his party’s president, Lars Klingbeil, were also quick to show their support to Mr Letta for the upcoming general election in Italy and to urge Italians not to vote for the far-right candidate.

SDP President Klingbell said: “It is important that our twin party wins and not the post-fascist Meloni.”

Ms Meloni’s party, Brothers of Italy, has within the years abandoned a staunch anti-EU policy that would seek for the Bel Paese to leave the bloc.

In a bid to dismiss criticism and allegations of euroscepticism, the far-right leader said last week: “The debate on national sovereignty is a debate that we must pose gracefully without having to say that we are leaving the European Union.

“The issue is relevant, it is not an issue of enmity towards Europe, but better to organise the defence of Europe, the national interest vis-à-vis Europe.

“Because we see it on the gas price ceiling as other countries defend their national interests.” 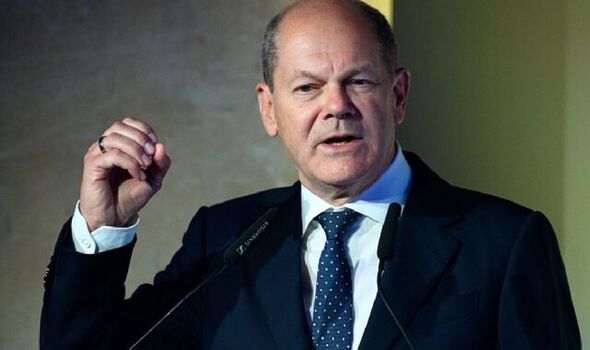 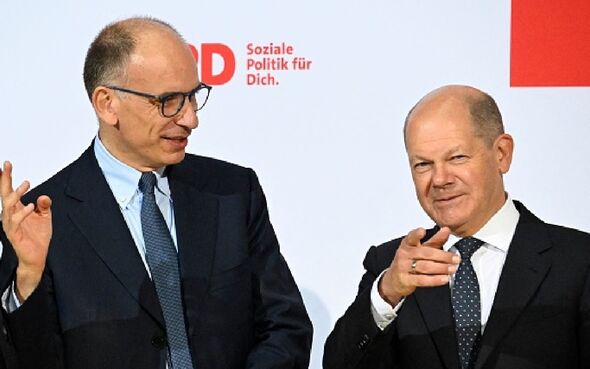 Ms Meloni, likely to be Italy’s next prime minister after elections this month, was branded unfit to lead the country after she backed Hungarian leader Viktor Orban in a row with the EU Commission on Friday.

She is widely expected to lead a conservative alliance, including her own Brothers of Italy party, the League and Forza Italia, to victory in the September 25 ballot and give the country its most right-wing administration since World War Two.

Both the Brothers of Italy and the League have close ties to Mr Orban and rallied to his side on Thursday when the European Parliament voted by 433 to 123 to denounce the “existence of a clear risk of a serious breach” by Hungary of core EU values.

“The intelligent choice would be to bring European nations closer together rather than push them apart,” she told Rai radio. “We cannot give allies to our adversaries.”

READ MORE: Queen puts Biden and other leaders in their place one last time

But Ms Meloni’s own opponents roundly condemned her and League leader Matteo Salvini for backing Mr Orban, who has been locked in battle with the EU for years over alleged human rights abuses and undermining the independence of the judiciary and academia.

“I say that either Meloni and Salvini backtrack and publicly acknowledge they were wrong about Orban, or I say they are unfit to govern Italy,” said former prime minister Giuseppe Conte, leader of the left-leaning 5-Star Movement.

Mr Letta called Mr Orban “a danger to the whole of Europe”. Mr Orban himself dismissed the EU parliamentary vote on Friday as a “boring joke”.

The Commission is expected to recommend later this week suspending billions earmarked for Budapest from the bloc’s €1.1 trillion shared budget for 2021-27. 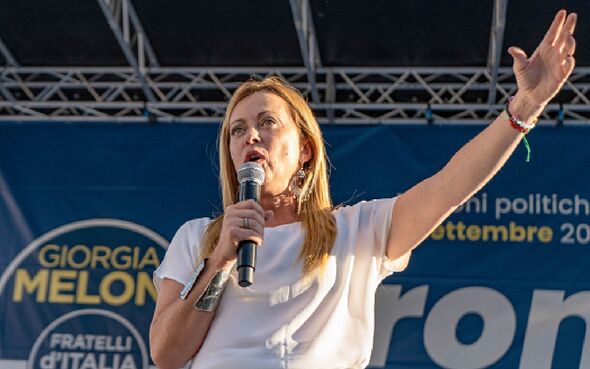 Member countries would then have three months to decide on the Commission’s recommendation in a majority vote, meaning Rome alone could not block such a move even if Ms Meloni took power.

“Our allies are Germany, France and the other European countries that defend the rule of law,” he told reporters.

“One should ask oneself, which partners best help me to protect Italian interests? Who counts most amongst these partners?”

Both Ms Meloni and Mr Salvini have toned down some of their more eurosceptic views in recent years, but they still regularly lambast “Brussels bureaucrats” during campaign rallies and say they will put Italian interests above those of Europe.

In an unusual move, their ally Silvio Berlusconi, who leads Forza Italia, warned that he would quit a future coalition if he thought his partners were jeopardising Italy’s ties with Europe and NATO.

“If these people, our allies, whom I trust and respect, were to go off in different directions, we would not stand for it,” he told Rai television on Thursday.