WASHINGTON (Reuters) – U.S. House Speaker Nancy Pelosi said Democrats would pass new legislation to try to reopen parts of the government next week after talks between the Trump administration and Democratic negotiators on Saturday failed to end a two-week partial government shutdown.

President Donald Trump is demanding $5.6 billion to build a wall along the U.S. border with Mexico but Democrats in control of the House of Representatives this week passed a bill to reopen the government without providing additional funding for the wall.

Trump says he will not sign the bill until he gets the money for the wall.

After a meeting aimed at breaking the deadlock failed on Saturday, Pelosi said House Democrats would seek to reopen government agencies next week through piecemeal appropriation bills, starting with the Treasury Department and the Internal Revenue Service.

“This action is necessary so that the American people can receive their tax refunds on schedule,” she said.

Vice President Mike Pence led the administration’s team in the meeting with Democratic negotiators on Saturday. He said it was “productive” but an aide said there was no in-depth discussion of a possible compromise level of funding for border security.

The two sides agreed to meet again on Sunday.

A Democratic aide familiar with the meeting said Democratic staffers urged the administration to reopen the government, arguing that progress on the contentious issue of border security would be difficult while the government was closed. 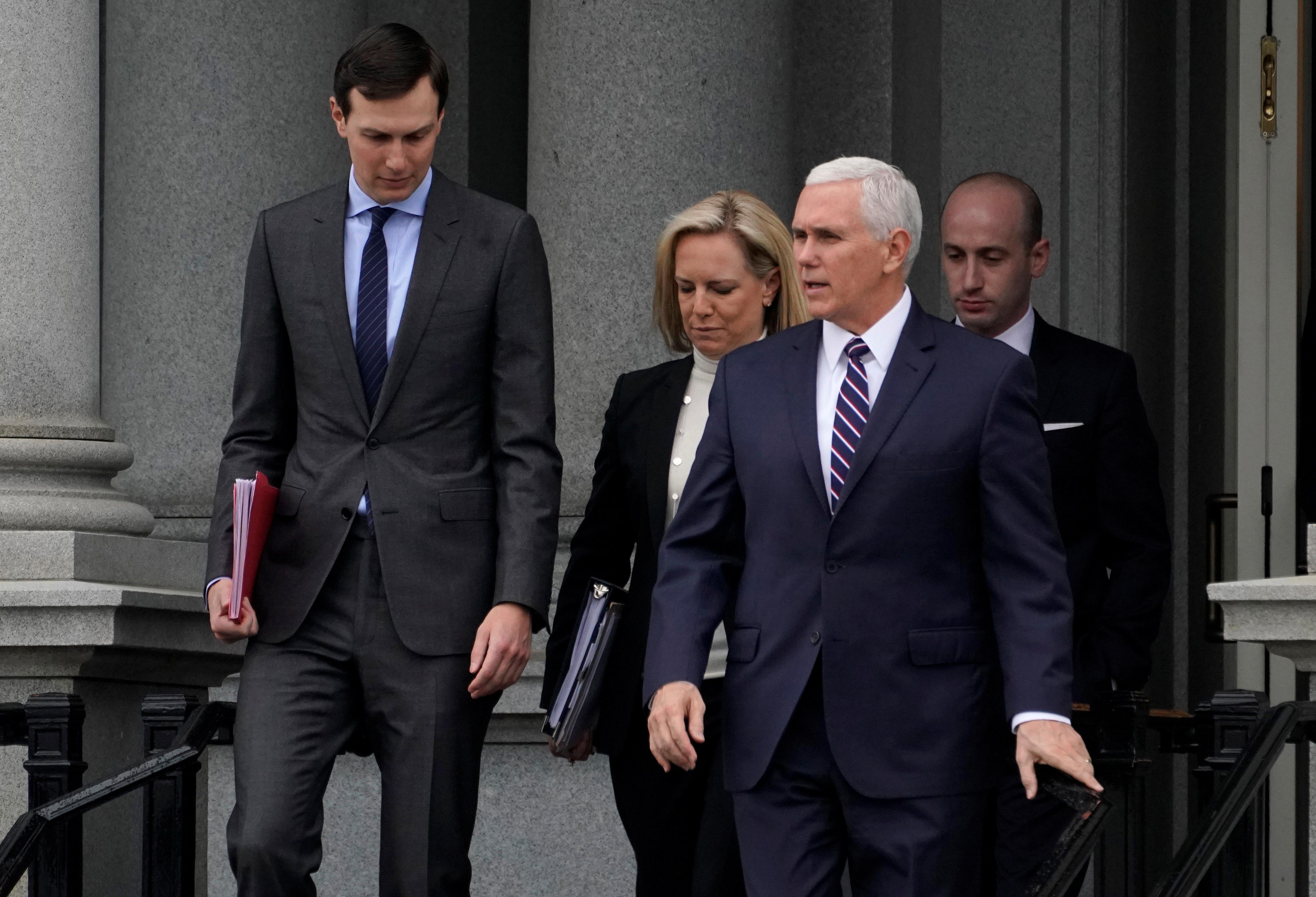 The aide said the administration instead “doubled down on their partisan proposal that led to the Trump shutdown in the first place.”

With the two sides sticking to their positions, a quarter of the federal government has been closed for two weeks, leaving 800,000 public workers unpaid.

They were negotiating with senior staff for the top Democrats in Congress, Representative Nancy Pelosi and Senator Chuck Schumer.

Pelosi, who took over as House speaker this week following Democratic victories at mid-term elections in November, has said Trump’s proposed wall is “immoral” and a “waste of money.”

A Reuters/Ipsos opinion poll showed that 50 percent of the public blame Trump for the shutdown and 7 percent blame Republican lawmakers, against 32 percent who blame Democrats.

Still, Trump reiterated his demand for a border wall in a series of tweets on Saturday.

“The Democrats could solve the Shutdown problem in a very short period of time,” Trump said. “All they have to do is approve REAL Border Security (including a Wall), something which everyone, other than drug dealers, human traffickers and criminals, want very badly!” 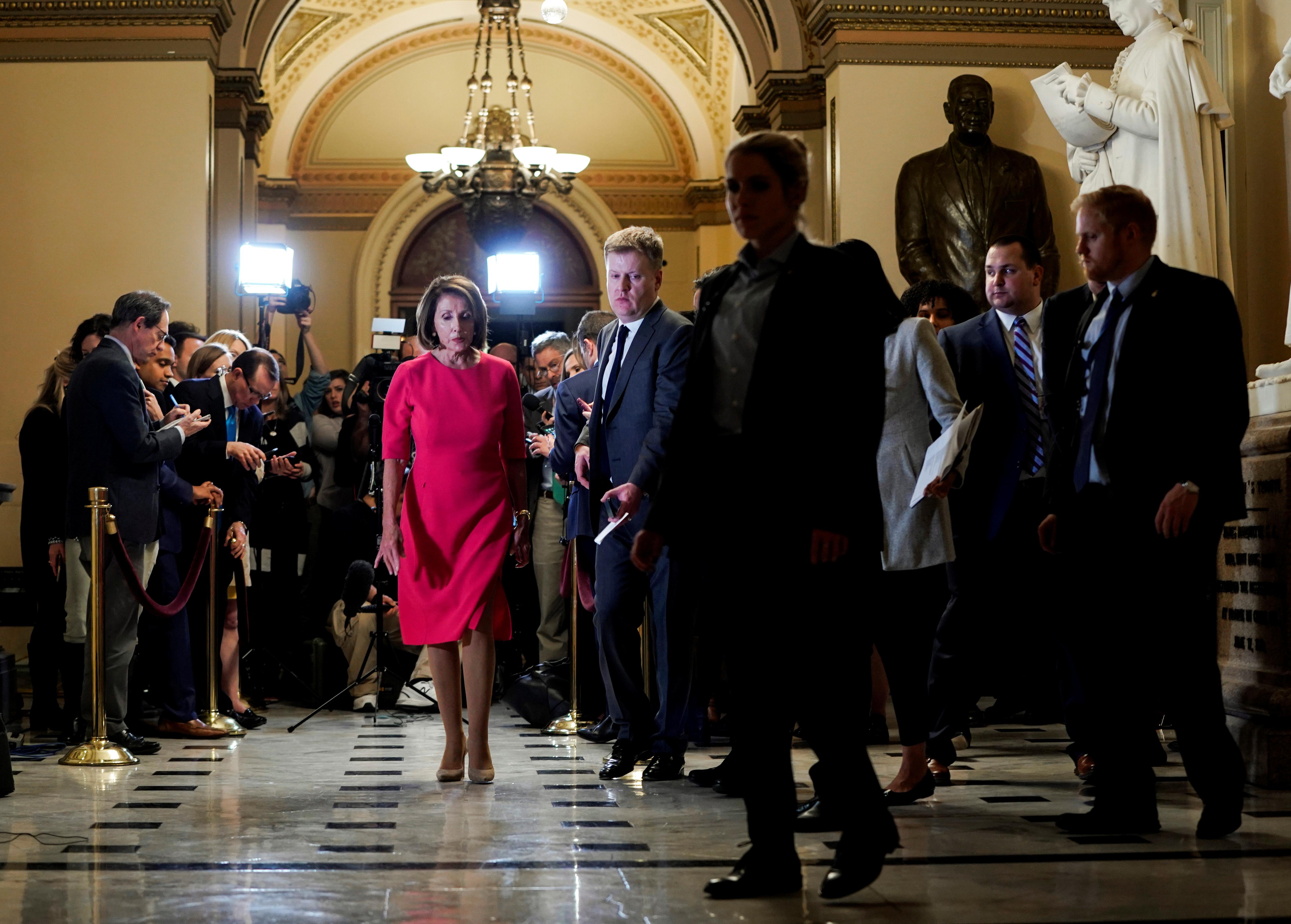 Trump threatened on Friday to take the step of using emergency powers to build the wall without Congress’ approval. Such a move would almost certainly be met with legal challenges.

The funding bill passed by Democrats on Jan. 3 included $1.3 billion for border fencing and $300 million for other border security items including technology and cameras.

Trump has in recent days backed away from his earlier insistence that it be a concrete wall on the border, saying a steel fence would work just as well, but he has stuck to his demand of $5.6 billion.