Major Brexit donor Arron Banks: UK may have been better to Remain

Arron Banks, who is currently subject to a criminal probe over his donations to the Leave.EU campaign, attacked the “sewer” of British politics as he faces questions as to the origin of the money.

The businessman is being investigated by the National Crime Agency (NCA) after the UK’s elections watchdog found “reasonable grounds to suspect” he was “not the true source” of £8m loans to an organisation that ran the Leave.EU group.

Mr Banks’ funding of the Brexit campaign is the biggest donation in British political history.

In a series of TV interviews on Sunday, Mr Banks fiercely defended himself in the face of the NCA action, as he attacked a “witch hunt”.

“There was no Russian money and no interference of any type,” he told the BBC’s Andrew Marr Show.

“I want to be absolutely clear about that.”

Mr Banks also suggested he had changed his mind on Brexit.

He said: “The corruption I have seen in British politics, the sewer that exists and the disgraceful behaviour of the government over what they are doing with Brexit and how they are selling out, means that if I had my time again I think we would have been better to probably remain and not unleash these demons.”

He later confirmed to Sky News the source of loans to the Leave.EU campaign was Rock Services. The Electoral Commission have said they suspect the cash instead came via another company called Rock Holdings, which is incorporated in the Isle of Man.

This would have made it an “impermissible” source of money under UK electoral law.

But, Mr Banks told Sky News: “The £8m came from a UK company, the cash was generated in the UK.”

He added: “I run an insurance business with half a million customers, that’s the size of Manchester.

“The press reports are slanted but then we know what this is about, it’s the Remain campaign trying to tarnish the Brexit campaign and it’s a fairly obvious move.” 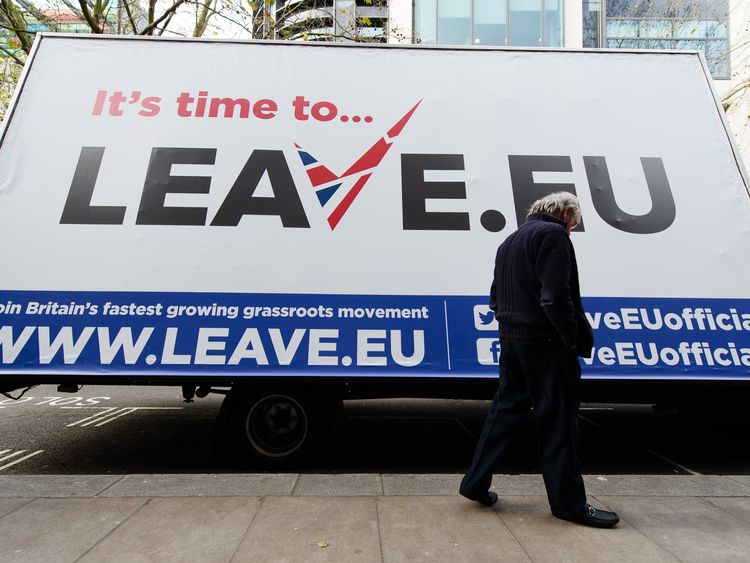 Mr Banks revealed he will be publishing bank statements on Monday that show “no money came in from overseas foreign sources”.

He denied fresh newspaper allegations that he might have misled parliament over links between one of his insurance companies and the Leave.EU campaign.

Mr Banks revealed he had “seconded a small number of people to run a call centre in Bristol” but stressed this was properly declared to the Electoral Commission.

He disputed the Electoral Commission’s status as an independent body, claiming “they’re all Remainers”; while he also described the organisation as a “complete shambles”.

One of the self-styled “Bad Boys of Brexit”, Mr Banks has disclosed how he enjoyed a “boozy lunch” with the Russian ambassador in 2015, which preceded further meetings.

One of those meetings was three days after Mr Banks, his associate Andy Wigmore and former UKIP leader Nigel Farage met newly-elected US President Donald Trump. 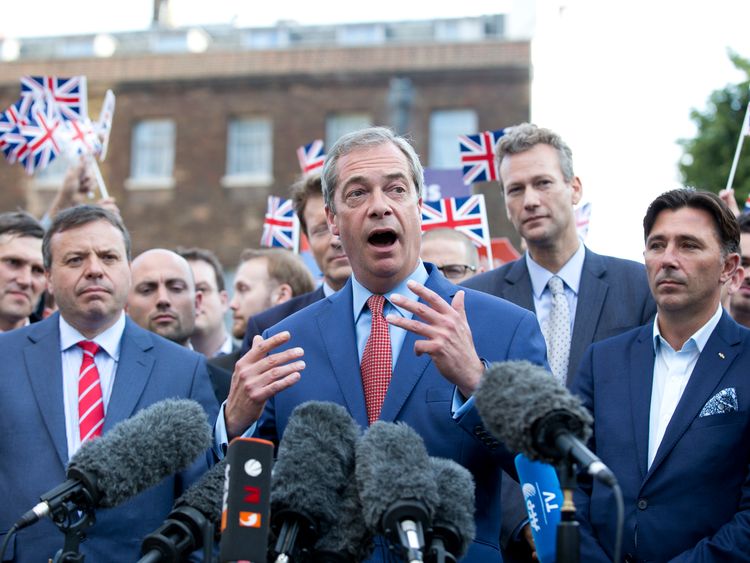 Mr Banks denied any business links with Russia as he stated he is “not going to apologise for having lunch with a diplomat, I’ve had lunch with many diplomats”.

“I have no connection with any Russian businesses, I’ve done no deals in Russia, I’ve had lunch with the Russian ambassador a couple of times,” he said.

Repeating his allegation of a political motive to the investigation into himself and Leave.EU, Mr Banks disagreed the UK’s exit from the EU should be postponed until the NCA probe is completed.

“The whole point of this exercise is to have a reason to try to delay Brexit,” he said.

The Electoral Commission is not responding to Mr Banks’ comments.