Ex-Trump aide Manafort to plead not guilty in New York

(Reuters) – Former Trump campaign chairman Paul Manafort, who was convicted of numerous federal crimes last year, is expected to plead not guilty on Thursday to residential mortgage fraud and other New York state charges, setting the stage for a showdown over whether those charges amount to double jeopardy. 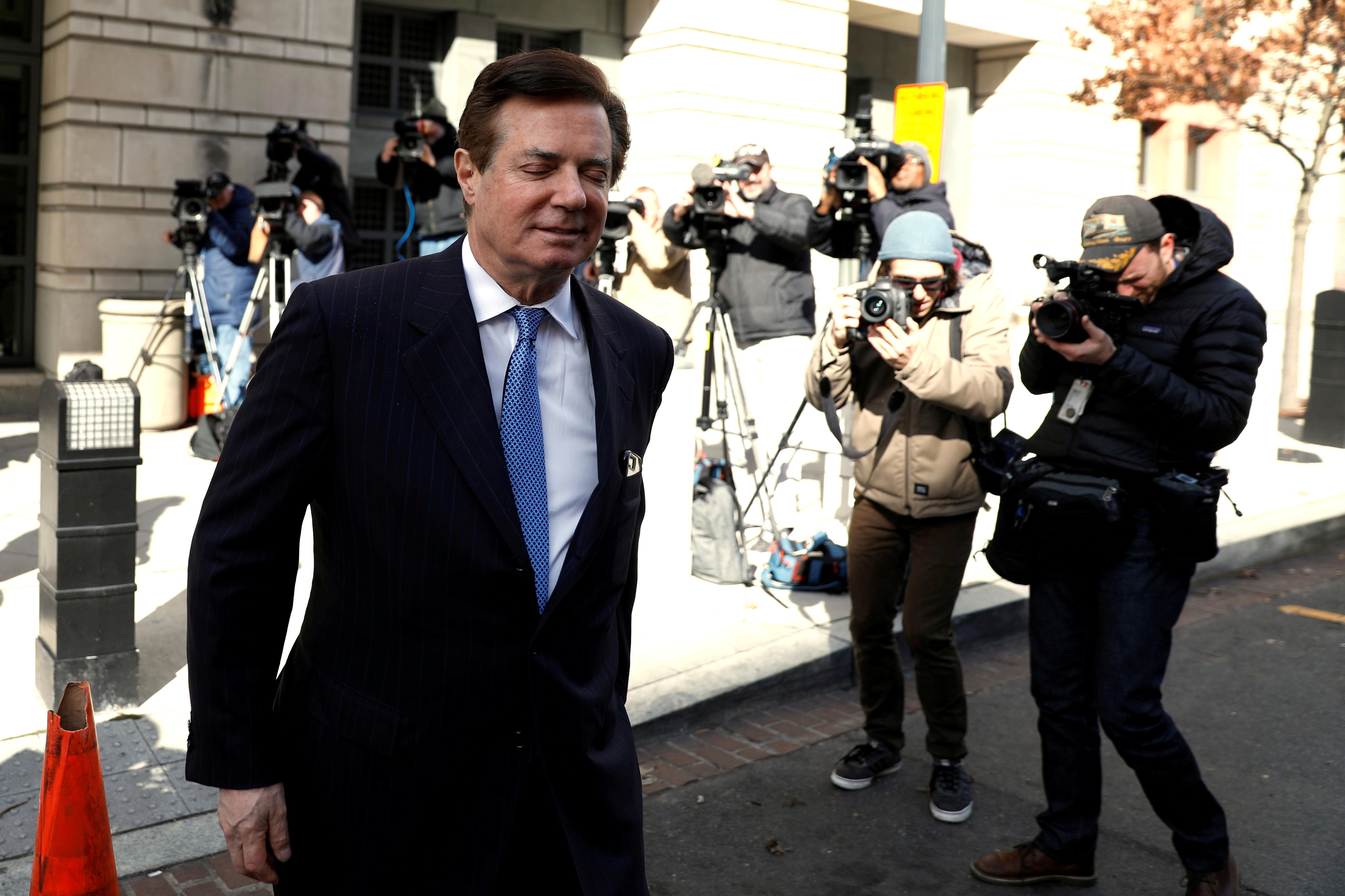 Manafort, 70, is scheduled to appear before Justice Maxwell Wiley of the state Supreme Court on Thursday at 2:15 p.m. EDT (1815 GMT) to face an indictment with 16 felony charges disclosed by Manhattan District Attorney Cyrus Vance in March.

The charges include mortgage fraud, conspiracy and falsifying records related to Manafort’s efforts to obtain millions of dollars in loans on New York properties between 2015 and 2017. He served as chairman of U.S. President Donald Trump’s presidential campaign for three months until August 2016.

Todd Blanche, Manafort’s lawyer, told Reuters his client would plead not guilty. Blanche said he planned to bring a motion to dismiss the case on double jeopardy grounds, given that the charges center on mortgage applications to two banks that were also at issue in Manafort’s federal trial last year.

Under New York law, a person can only be prosecuted twice for the same act if it meets certain exceptions such as at least one element of the crimes is distinct and the statutes address “very different kinds of harm or evil.” Vance’s office will likely argue an exception to New York’s double jeopardy protections is warranted in Manafort’s case.

Manafort is serving a 7-1/2-year sentence for tax fraud, bank fraud and other charges stemming from Special Counsel Robert Mueller’s federal investigation into Russia’s interference in the 2016 presidential election.

Federal prosecutors accused him of hiding $16 million from U.S. tax authorities that he earned as a consultant for pro-Russian politicians in Ukraine and then lying to banks to obtain loans to maintain a luxury lifestyle.

The New York state charges have been widely seen as an attempt to ensure Manafort serves significant prison time even if Trump grants him a pardon, a prospect the president has not ruled out. U.S. presidents have the power to pardon people for federal but not state crimes.

Manafort faces up to 25 years in prison in New York on the top state charges.

Manafort’s legal woes in New York have attracted the attention of the U.S. Justice Department, which earlier this month decided to keep him in federal custody while the state proceedings take place out of concern for his health and safety.

The intervention, which legal experts said was unusual and raised concerns of special treatment, ensured that Manafort would not be placed in New York’s Rikers Island jail complex pending trial.

Manafort was instead transferred to a federal facility in Manhattan on June 13 ahead of his arraignment. He had been housed at a low-security federal prison in Pennsylvania before the move.