The chancellor admitted he would have to “look at a different strategy” if talks with Brussels fail to produce a breakthrough.

He suggested that could mean the government changing its promise that the end of austerity is “in sight”.

Speaking ahead of the biggest spending announcement speech of the year, Mr Hammond told Sky News’ Sophy Ridge on Sunday it was “extremely unlikely” there would be a “no deal” divorce.

“Of course we have to prepare and plan for all eventualities as any prudent government would,” he said.

“If we were to find ourselves in that situation then we would need to take a different approach to the future of Britain’s economy.

He later told the BBC’s Andrew Marr Show that the end of austerity was conditional on a good deal with Brussels.

“Once we get a good deal with the EU and a smooth exit from the EU we will be able to show the British people that the fruits of their hard work are now at last in sight,” he said.

Asked if Prime Minister Theresa May’s Chequers plan for the future relationship would make the country better off after Brexit, Mr Hammond promised it would “minimise any negative effect on the economy”.

“Whether there is overall a negative effect or a positive effect I can’t say – that’ll be for the modelling in due course to show,” he said. 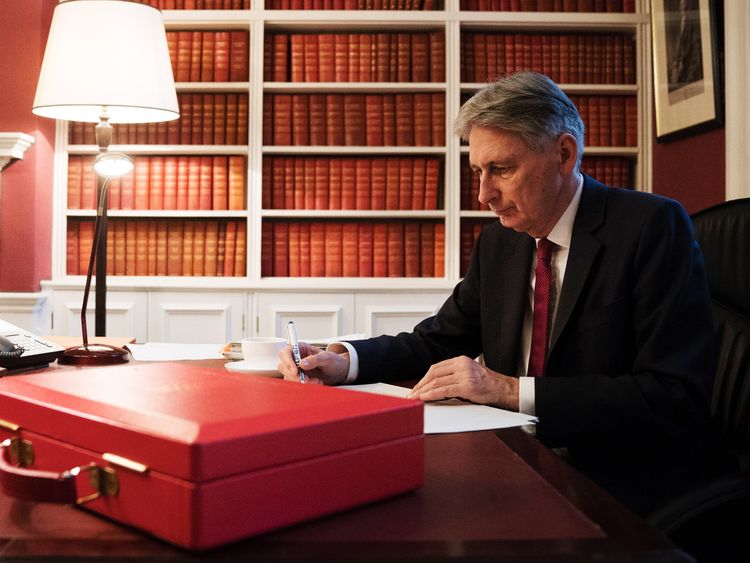 Labour’s shadow chancellor John McDonnell called on Mrs May to get a good deal with the EU or else call a general election.

He told Sky News’ Sophy Ridge on Sunday: “We’ve said time and time again, bring back a deal that protects jobs and the economy and, yes, of course we’ll support it.

“What this is, by the prime minister in particular, is an acceptance that actually austerity has failed and people are not going to put up with it any more.

“That’s why we need investment in our economy to grow the economy so that we can afford the public services we need on the basis of a fair taxation system.”

Policies announced ahead of Monday’s budget include the “biggest-ever single cash investment” in Britain’s roads to fix pot holes and other damage.

A £1.5bn boost is also expected to help save the high street, by cutting business rates for small shops and allowing more hotels, pubs and restaurants to hold weddings.

But he warned the “evolution” of British high streets is here to stay – “for better or worse”.