WASHINGTON (Reuters) – President Donald Trump’s bet that tax cuts and a gush of government spending would smooth the path to a second term may falter as cracks begin to appear in a decade-old recovery. 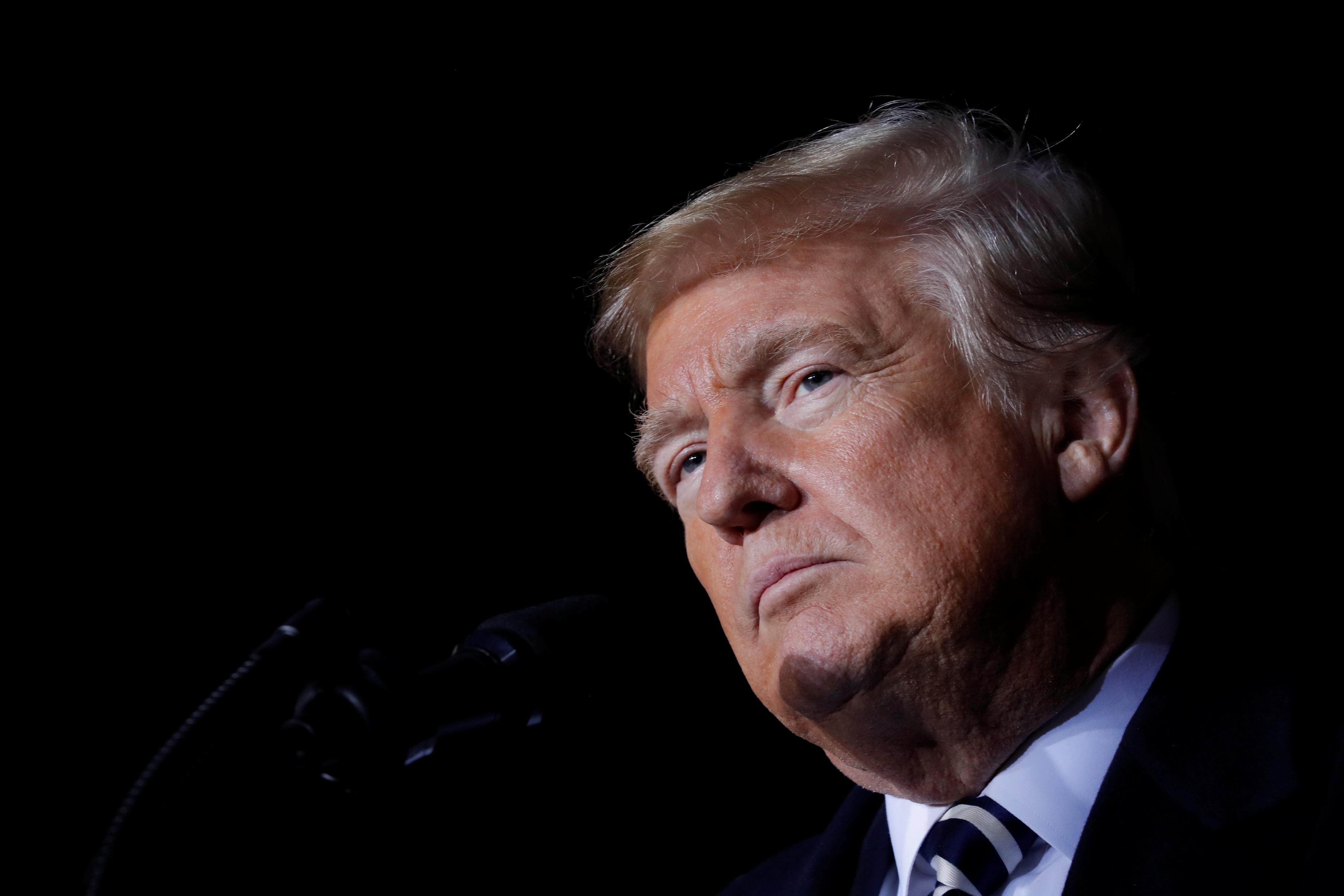 After a nine-year bull run, stocks have wobbled. Capital investment has recently weakened despite a corporate tax cut meant to boost it. Home sales have softened for several months running, and analysts expect the economy to slow as Trump’s first-term stimulus fades leaving a higher debt burden behind.

Republicans campaigning for next week’s midterm elections have struggled to leverage what is arguably the strongest economy in a decade, weighed down by the president’s low ratings among more well-off suburban voters in otherwise Republican-leaning districts. Looking ahead, Trump or any Republican successor may have it even harder running a 2020 presidential campaign against the headwinds of slowing growth and less confident markets.

“All good things must eventually come to an end,” Wells Fargo Investment Institute analyst Scott Wren wrote as he tallied up the reasons, from doubts about corporate earnings to heightened concern about trade and a worldwide slowdown, that caused stock markets to dive in October. “Concerns typically become bigger worries as the cycle ages.”

This one is plenty old. The economy has added jobs for 96 consecutive months after data released Friday showed that employers created 250,000 new positions in October, better than expected.

The latest employment report also showed wages rising at a 3.1 percent annualized rate, the fastest in nearly 10 years, a strong talking point for Trump and Republican candidates to add to the mix in the closing days of the campaign.

Growth has been steady if sometimes tepid since the Great Recession ended in June 2009 and incomes and employment have crept back to pre-crisis levels.

But Trump has used an acceleration in growth since he took office in January 2017 to distinguish his policies, including tax cuts, more public spending, and a hardening U.S. stance on trade, from the years of recovery under President Obama.

Joblessness is at a 50-year low, and the economy is on pace to grow by 3 percent or more this year, matching a goal Trump set during the campaign after years of annual growth averaging around just 2 percent. (Graphic: tmsnrt.rs/2zjVCUm)

AS GOOD AS IT GETS

Yet many doubt the economy will sustain that pace. Instead, there are widespread expectations that this is as good as it gets as the “Trump bump” starts to fade.

The president himself seems concerned, slamming the Federal Reserve in recent months for interest rate increases he said are putting the recovery at risk.

Federal Reserve officials, by contrast, expect the economy to cool on its own, with growth dropping from a healthy 3.1 percent this year to 2.5 percent in 2019 and 2 percent during the 2020 election year. To their thinking interest rates remain low enough to encourage investment and spending, but the boost from Trump’s first-term policies will simply wear off.

Private forecasters at Goldman Sachs and elsewhere already see hints of that in the data.

Though the most recent numbers showed the economy growing at a brisk 3.5 percent annual rate in the third quarter, that report “was generally disappointing” given weakened investment in housing, equipment, and commercial buildings, Goldman analysts said. The data are “consistent with our forecast of a gradual slowdown in U.S. growth,” they said.

For Trump, the source of concern may be less the likelihood of recession – always hard to predict – and more about what he delivers compared to what he had promised during his 2016 campaign.

One year of 3 percent growth won’t match rhetoric that claimed the U.S. could reach even higher and stay there.

His trade policies have been making headlines, but there is little clarity about their effects on the ground. U.S. steelmakers may be raising production and hiring more workers thanks to Trumps’ tariffs, but retaliatory steps mean farm exports are down, and some companies have responded to global tariff changes by moving jobs abroad.

The trade deficit, which the Trump administration has used as proof past trade deals favored United States’ rivals, rose 10 percent during Trump’s first year in office, and is on pace this year to grow by the same amount.

The stock market may best symbolize the economic challenges Trump may face in any reelection bid.

The S&P 500 is up about 30 percent since Trump’s election, a fact the president has often taken credit for. But it also dropped nearly 8 percent in October reflecting doubts whether companies can sustain earnings growth in coming years, and the fact that rising bond rates make those safer investments more attractive.

Trump has blamed the Fed for that. The central bank may give Trump even more reasons to complain as further expected rate hikes likely lifts the cost of home mortgage and other types of long-term borrowing that will be directly by voters.

“This is consistent with late-cycle activity that we are seeing now across a broad array of economic indicators,” they wrote.

Slow-downs in housing, the analysis noted, typically precedes recessions by around two years – just in time for the 2020 polls.