NEW YORK (Reuters) – U.S. Senator Elizabeth Warren vowed to abstain from high-dollar fundraisers if she becomes the Democratic presidential nominee in 2020, extending into the general election campaign her promise not to hold such events during the primary season. 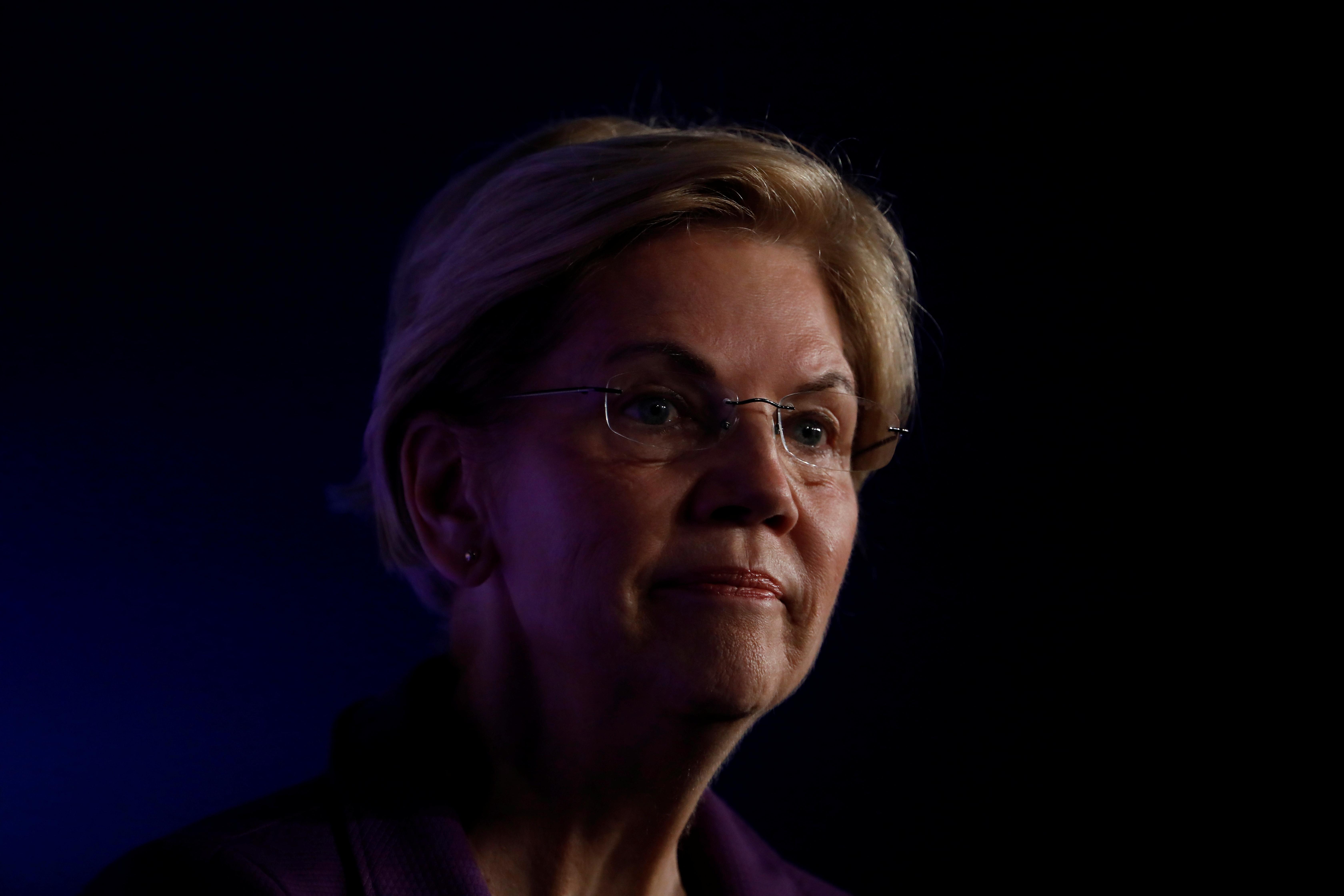 Warren told CBS News in an interview posted online on Tuesday that she would skip big-money fundraisers, regardless of how much Republican President Donald Trump raises for his reelection campaign.

The declaration represented a shift in her previous stance. The Massachusetts senator had said earlier this year that her decision to forgo expensive fundraisers only applied to the Democratic nominating contest.

“The problem is, so long as it’s the wealthy and well connected who finance the presidential elections, we’re going to continue to have a government that works really great for the wealthy and well connected,” she told CBS. “I’m not going to go do the big-dollar fundraisers. I’m just not going to do it. The whole notion behind this campaign is that we can build this together, and that’s exactly what we’re doing.”

Warren has been able to raise millions of dollars so far, despite eschewing pricey fundraisers, where wealthy donors who give thousands of dollars have the chance to meet candidates.

Her campaign reported raising $24.6 million in the third quarter of 2019, slightly behind the $25.3 million raised by U.S. Senator Bernie Sanders, the only other Democrat of the 19 running to swear off traditional fundraisers.

Big-money events matter far more in the general election, when individual donors can donate more than $100,000 to attend events hosted by a joint fundraising committee that benefits both the nominee and the national party.

Trump and the national Republican Party together raised $125 million in the third quarter, taking advantage of higher contribution limits that joint fundraising allows.

In a statement, a spokeswoman for Warren’s campaign made it clear that Warren would still attend fundraisers that benefit national, state and local Democratic parties as well as other candidates in the general election. Warren plans to headline a Democratic National Committee big-ticket fundraiser next week, the second time she has done so in recent months.

Warren said on Twitter on Wednesday that she would “do everything I can to build our party infrastructure and strengthen Democratic candidates up and down the ballot” if she wins the nomination.