Conservative Lawyers Say Trump Has Undermined the Rule of Law

WASHINGTON — The annual convention of the Federalist Society, the conservative legal group, has long been a glittering and bustling affair. In the Trump era, though, the group has become more powerful than ever, supplying intellectual energy and judicial candidates to an assertive administration eager to reshape the legal landscape.

But as the group prepares to gather on Thursday for the start of this year’s convention, more than a dozen prominent conservative lawyers have joined together to sound a note of caution. They are urging their fellow conservatives to speak up about what they say are the Trump administration’s betrayals of bedrock legal norms.

“Conservative lawyers are not doing enough to protect constitutional principles that are being undermined by the statements and actions of this president,” said John B. Bellinger III, a top State Department and White House lawyer under President George W. Bush.

The group, called Checks and Balances, was organized by George T. Conway III, a conservative lawyer and the husband of President Trump’s counselor, Kellyanne Conway. In recent opinion articles, Mr. Conway has criticized Mr. Trump’s statements on birthright citizenship and argued that his appointment of Matthew G. Whitaker to serve as acting attorney general violated the Constitution.

The new group also includes Tom Ridge, a former governor of Pennsylvania and secretary of homeland security in the Bush administration; Peter D. Keisler, a former acting attorney general in the Bush administration; two prominent conservative law professors, Jonathan H. Adler and Orin S. Kerr; and Lori S. Meyer, a lawyer who is married to Eugene B. Meyer, the president of the Federalist Society.

“We believe in the rule of law, the power of truth, the independence of the criminal justice system, the imperative of individual rights and the necessity of civil discourse,” the group said in a statement. “We believe these principles apply regardless of the party or persons in power.”

Mr. Conway, who has long been a member of and contributor to the Federalist Society, said he had nothing but admiration for its work. But he added that some conservative lawyers, pleased with Mr. Trump’s record on judicial nominations and deregulation, have been wary of criticizing him in other areas, as when he attacks the Justice Department and the news media. 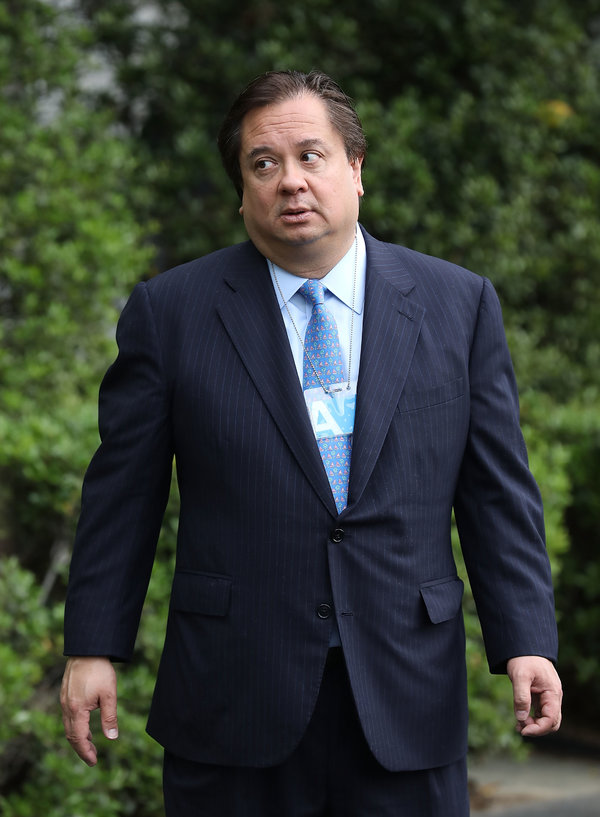 “There’s a perception out there that conservative lawyers have essentially sold their souls for judges and regulatory reform,” Mr. Conway said. “We just want to be a voice speaking out, and to encourage others to speak out.”

The new group’s members say their goal is not to criticize the Federalist Society but to encourage debate about some of the Trump administration’s policies and actions. “This is not a separate organization,” Professor Adler said. “This is not a rump group. This is not a disavowal.”

But the timing of the announcement of the group’s formation, just before the Federalist Society convention, was not a coincidence, Professor Adler added. “This convention has become the most important meeting place for conservative and libertarian lawyers with an interest in politics,” he said. “You go fishing where the fish are.”

Mr. Keisler said it was urgent to have an open debate about the administration’s actions.

“It’s important that people from across the political spectrum speak out about the country’s commitment to the rule of law and the core values underlying it — that the criminal justice system should be nonpartisan and independent, that a free press and public criticism should be encouraged and not attacked,” he said. “These are values that might once have been thought so basic and universally accepted that they didn’t need defending, but that’s no longer clearly the case.”

Conservative critics of the Trump administration have been reluctant to speak out, Professor Kerr said, adding that the new group hopes to change that. “There are a lot of people who are concerned who are keeping quiet,” he said.

That silence may be rooted in careerism and fear of retaliation, Professor Adler said.

“This administration, in nominations, is not interested in people who have been critical of it,” Professor Adler said. “There is a belief that there is an element of vindictiveness in the administration that casts a shadow.”

Marisa C. Maleck, a former law clerk to Justice Clarence Thomas, said she hoped the group’s efforts would embolden conservative critics to speak out about Mr. Trump’s actions. “He’s been president for a while now,” she said, “and there hasn’t been anyone willing to put himself out there.”

In interviews, the group’s members said they did not speak with a single voice and had varying concerns about the administration’s policies. 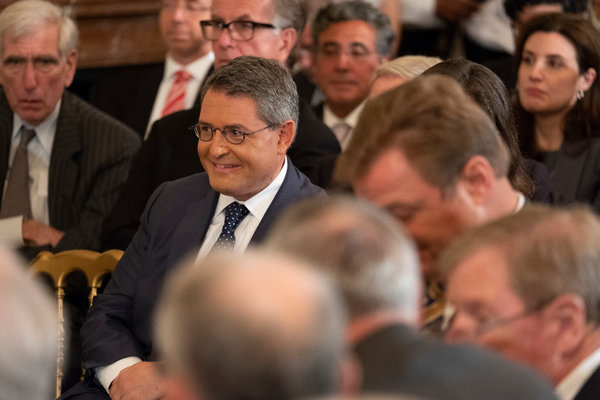 They generally approved of Mr. Trump’s judicial choices, and they were particularly enthusiastic about his two appointees to the Supreme Court, Justices Neil M. Gorsuch and Brett M. Kavanaugh.

Leonard A. Leo, the Federalist Society’s executive vice president, has advised Mr. Trump on judicial nominations and worked on the confirmations of Justices Gorsuch and Kavanaugh. The society itself, its website says, does not take political positions or endorse nominees.

It did not take much prompting to elicit harsh critiques from members of the new group of Mr. Trump’s actions in other areas. Mr. Keisler, for instance, focused on criminal justice.

“The president has attacked the Justice Department for indictments of Republican congressmen on the stated ground that prosecutions would hurt Republican chances in the midterm elections, and he’s urged that the Justice Department investigate his political opponents,” Mr. Keisler said. “That’s a fundamentally wrong and very dangerous view of the criminal justice system, and people from both parties and across the political spectrum should condemn it.”

Ms. Meyer said she was worried about the administration’s casual attitude toward the truth.

“My particular concerns,” she said, “are all the disinformation and spin that comes out almost every day. It makes it impossible for any real dialogue to be had.”

Mr. Bellinger said he was worried about Mr. Trump’s attempts to undermine the country’s institutions. “Attacking the press and putting it in danger, attacking the Justice Department and discrediting it,” he said, “are not part of being a conservative lawyer.”

Mr. Ridge said he was concerned about attacks on the independence of judiciary. “Regardless of whether you’re a Republican or Democrat, liberal or conservative,” he said, “you embrace the rule of law.”

Professor Kerr summed up the new group’s basic point. “The rule of law has to come first,” he said. “Politics comes second.”