WASHINGTON (Reuters) – The U.S. Congress faces a tight deadline to avoid a government shutdown as lawmakers begin returning to Washington next week, complicated by bitter conflicts between Republicans and Democrats over the next package of coronavirus aid. 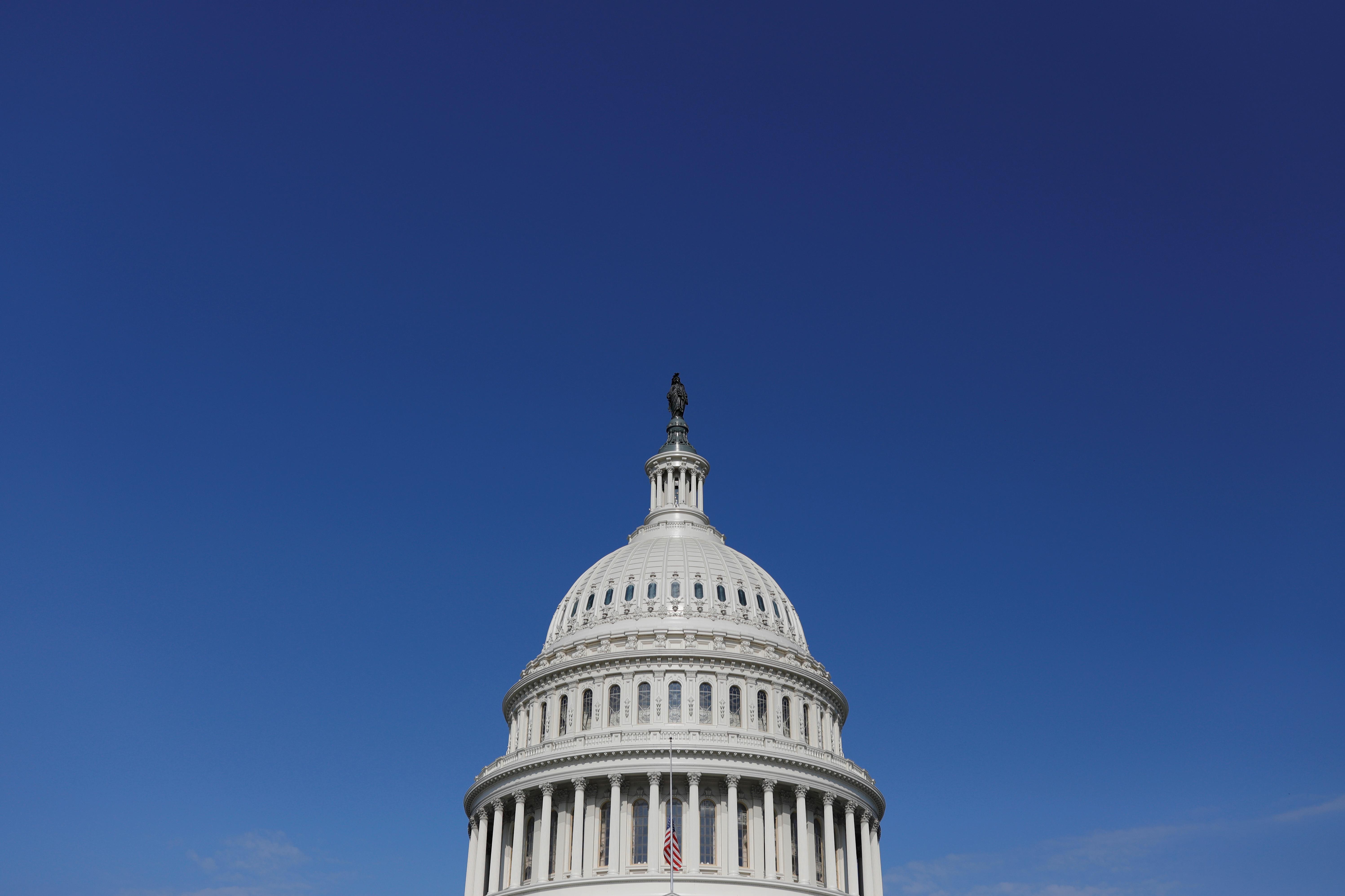 The Republican-led Senate is due back on Tuesday, while the Democratic-led House of Representatives plans to hold votes on bills starting the following week.

With congressional elections on Nov. 3, both chambers have very few days left to finish work as lawmakers plan to campaign in their home states for much of October.

The federal fiscal year ends on Sept. 30, so they will have to scurry to reach a deal on legislation funding government programs and averting a partial shutdown that could be especially damaging to lawmakers facing re-election in November.

On Thursday, White House Press Secretary Kayleigh McEnany expressed optimism that agreement will be reached in a timely way.

Congress is widely expected to pass a temporary measure mainly funding the government at current levels, leaving budget decisions for after Election Day.

But the issue is complicated by rancor over how best to address the coronavirus, especially amid the yawning federal budget deficit.

More than $3 trillion in coronavirus relief was enacted earlier this year. But the Republican-led Senate left town last month without taking up another $3 trillion aid package the House passed in May or an alternative.

The two parties are sharply divided, but there are also disputes among Trump’s fellow Republicans. Many of the Senate’s 53 Republicans are on record opposing additional federal coronavirus relief, and most of the others want to pass a far smaller bill than the House’s.

One senior Senate Republican aide said disagreement among Republicans was so great that it was not clear whether a smaller, partisan bill could come up for a vote. Senate Democratic Leader Chuck Schumer has said he opposes a so-called “skinny” coronavirus bill and his party could block one from passing.

Alternatively, lawmakers could tuck coronavirus relief into the must-do government funding bill. Provisions could include extra unemployment benefits to replace the $600-per-week payments that expired in July, measures to prevent evictions or aid for schools or local governments.

But a spokesman for House Speaker Nancy Pelosi told Reuters that Democrats want a “clean” government-funding bill. That usually means a measure without controversial add-ons.

Republican President Donald Trump is running for re-election, and one- third of the 100-member Senate and all 435 House seats are up for grabs when voters head to the polls on Nov. 3.

A government shutdown just before the elections, as the coronavirus pandemic continues, could be particularly damaging to Republican prospects since they control the White House and Senate.