WILMINGTON, Del. (Reuters) – Democratic presidential nominee Joe Biden is headed on Monday to the crucial electoral state of Pennsylvania, where he plans to mark the U.S. Labor Day holiday by speaking with union workers as the presidential campaign enters its homestretch. 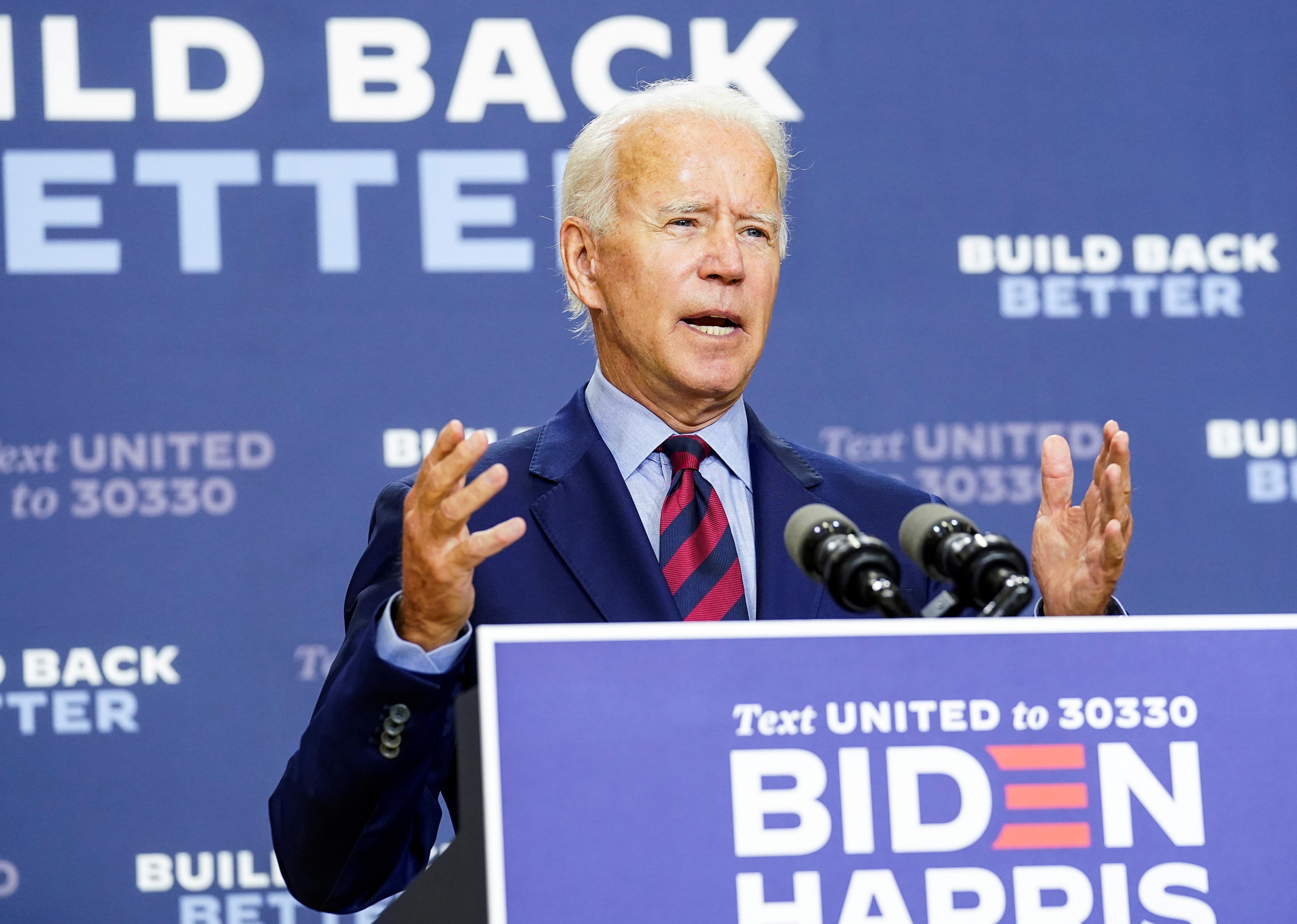 The trip kicks off another flurry of travel to battleground states this week by both Biden and President Donald Trump as some opinion polls show the race tightening with fewer than 60 days until the Nov. 3 election.

With the coronavirus pandemic and civil unrest over racism and police brutality gripping the country’s attention in recent months, Biden is seeking to maintain his edge by painting the Republican incumbent as an ineffectual leader who thrives on chaos and has left the working class behind.

Trump has struggled to change the contours of the campaign despite highly charged rhetoric on racial polarization and “law and order” intended to motivate his base and draw new supporters in suburban parts of key swing states, such as Pennsylvania, Wisconsin and Michigan.

He has also faced a new controversy after The Atlantic magazine, citing four unnamed people, reported last week that he had referred to Marines buried in an American cemetery near Paris as “losers” and declined to visit their graves during a 2018 trip to France. Trump vehemently denied the report.

The president has no campaign events scheduled for Monday but plans to visit North Carolina, Florida, Michigan and Pennsylvania later in the week. The two candidates’ running mates, Vice President Mike Pence and Senator Kamala Harris, will mark the holiday with events in Wisconsin.

The Biden campaign sought to capitalize on the uproar over Trump’s reported disparaging of fallen military members by relaunching an advertisement on Sunday in battleground states with large numbers of military personnel that highlighted his own record of support for the armed forces.

Biden’s campaign has said as many as 16 states could be up for grabs in November, with doubts about Trump’s coronavirus response and the battered economy making places like Arizona, Texas and Georgia more competitive for Democrats.

Still, polls point to the economy being a relative area of strength for Trump with voters, even as the labor market reels from the effects of the pandemic, which put millions out of work.

“We understand that we are in for a fight to the very end,” Biden’s political strategist, Mike Donilon, told reporters on Friday. “We have no illusion about how tough this race is.”

Tim Murtaugh, Trump 2020 communications director, said last week that Biden had begun traveling more frequently out of his home state of Delaware because “he knows he is bleeding in the polls.”

Biden will meet on Monday with the leader of the largest federation of U.S. labor unions, AFL-CIO President Richard Trumka, at the group’s state headquarters in Harrisburg and take questions from union workers.

The Harrisburg event highlights the Biden campaign’s strategy for Pennsylvania, where early voting starts in mid-September.

The former vice president needs his party’s base, including African Americans in places like majority-Black Harrisburg, to vote. His campaign also wants to convince enough working-class white voters in the state, many of them unionized, that Biden is a better option than Trump.

Polls in Pennsylvania have consistently put Biden in the lead, but averages show that margin narrowing to roughly 4 to 5 percentage points, down from about 8 points in late June. He is scheduled to return to Pennsylvania again on Friday.

Trump unexpectedly won the state in 2016 by less than a percentage point as part of an electoral sweep through the country’s former industrial heartland, including Wisconsin and Michigan, the latter of which Biden will visit midweek.