John Bercow announced he will be resigning from his position as Speaker of the House of Commons on Monday. The Buckingham MP has held the position of Speaker since 2009 – but after 10 years, he has decided to leave. Mr Bercow delivered an emotional speech on Monday as he explained his reasons for resigning.

He added serving had been the “greatest privilege and honour of my professional life.”

But the speaker basked as Remainer MPs paid tribute to him before the Commons was suspended later that night.

The tributes lasted up to 90 minutes from the lieks of Jeremy Corbyn, Ian Blackford and David Lammy, who called the speaker “a giant”.

A “tearful” Mr Bercow watched Remainer MPs fall over themselves to pay tribute to his “impartiality”. 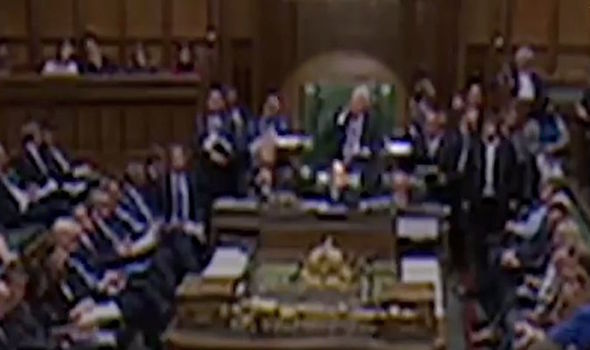 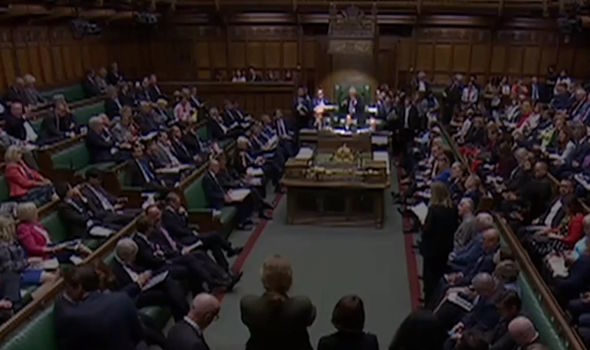 But it has been claimed, moments before announcing his resignation, the Speaker dabbed his hand in his water glass.

In footage from the Commons, he appeared to dip his fingers in the water before flicking a splash of its contents into his eyes.

Columnist Quentin Letts wrote in the Times: “Not all the moisture came from within.

“At 3.35pm, a few seconds before he made his personal statement to the House, he took his drinking glass, dipped two fingers in it and sprinkled water on his eyes.

JUST IN: Sally Bercow authorised £100,000 on candles and paint for school 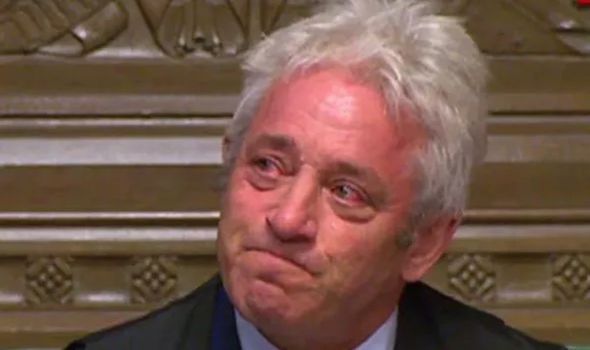 Mr Bercow’s wife Sally was sitting in the public gallery to hear her husband announce the news.

Mr Bercow said: “Colleagues. I would like to make a personal statement to the house. 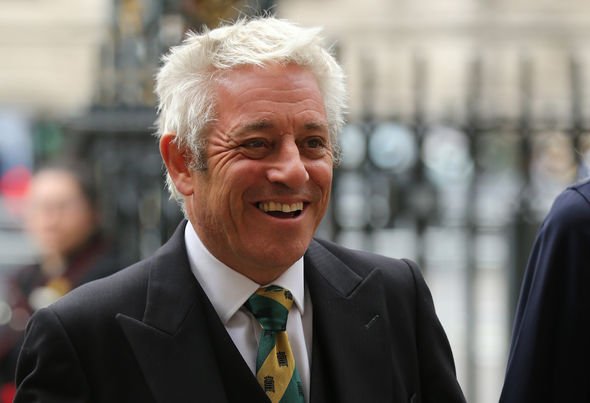 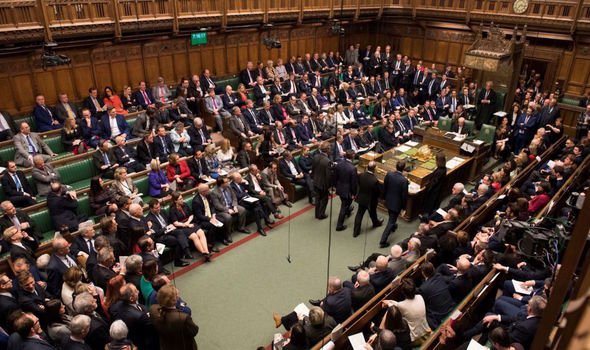 “At the 2017 election, I promised my wife and children that it would be my last.

“This is a pledge that I intend to keep.

“If the house votes tonight for an early general election, my tenure as speaker and MP will end when this parliament ends. 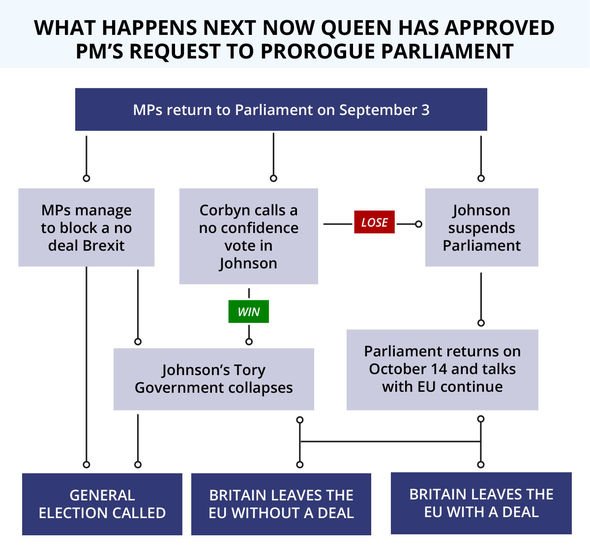 “If the house does not so vote, I have concluded that the least disruptive and most democratic course of action would be for me stand down at the close of business on Thursday 31 October.”

On what appeared to be the verge of tears, Mr Bercow continued: “I could not do so without the support of a small but superb team in Speaker’s House, the wider house staff, my Buckingham constituents, and above all my wife, Sally, and our three children, Oliver, Freddy and Jemima.

“From the bottom of my heart, I thank them all profusely.” 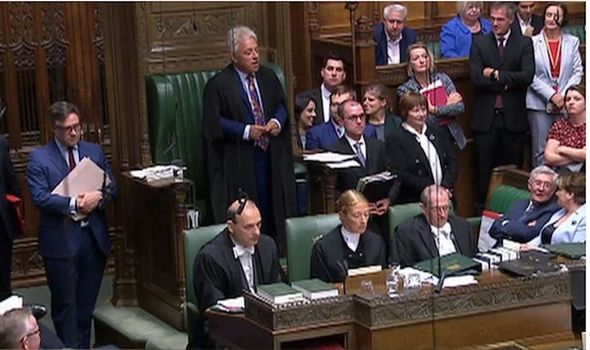 Mr Bercow’s retirement package will see him paid £38,000 a year.

In 2012, Mr Bercow refused to follow Gordon Brown and David Cameron who gave up the non-contributory pension which was given to former Prime Ministers and Speakers.

Sir Lindsay Hoyle and Harriet Harman are the current frontrunners to replace the Speaker.