President Biden will send up to 60 million doses of AstraZeneca’s vaccine to countries pleading for help, but some see a medicine dropper for “a four-alarm fire.” 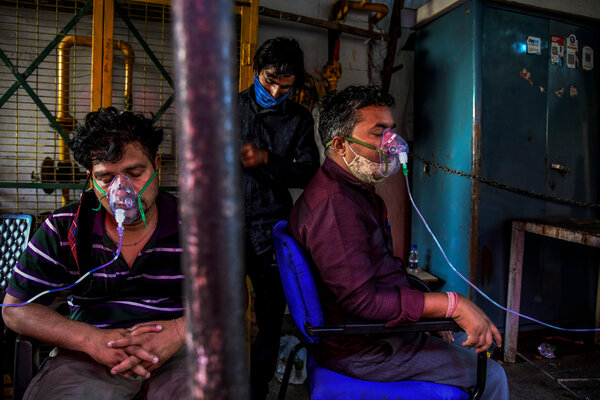 WASHINGTON — President Biden, under intense pressure to do more to address the surging pandemic abroad, including a humanitarian crisis in India, intends to make up to 60 million doses of the AstraZeneca vaccine available to other countries, so long as federal regulators deem the doses safe, officials said Monday.

The announcement came after Mr. Biden spoke with Prime Minister Narendra Modi of India and the two pledged to “work closely together in the fight against Covid-19.” It is a significant, albeit limited, shift for the White House, which has until now been reluctant to make excess doses of coronavirus vaccine available in large amounts.

Global health groups said the commitment was not nearly big enough. And it comes with a catch: The AstraZeneca doses were made at a Baltimore plant, owned by Emergent BioSolutions, where production has been halted amid fears of contamination. As part of a continuing safety review of the plant, the Food and Drug Administration will have to certify that the doses meet the United States’ standards for safety and quality.

Mr. Biden took office vowing to restore the United States as a leader in global public health, and he has taken certain steps to do so: rejoining the World Health Organization, pledging $4 billion to an international vaccine effort and providing financial support to help Biological E, a vaccine manufacturer in India, produce at least one billion doses of coronavirus vaccines by the end of 2022.

But on the matter of sending vaccines abroad that were manufactured for the United States and funded by American taxpayers, the president has been consistent: He will help other countries, he has said, but only after every American has had a chance to get a coronavirus shot. (He made a limited exception for Mexico and Canada last month.)

Now, with some states on the verge of reporting that their vaccine supplies exceed demand, the American vaccination campaign is at an inflection point, and the president appears more willing to consider sending surplus doses overseas. That may be especially true of the vaccine made by AstraZeneca, which is not authorized for use in the United States.