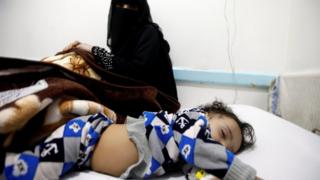 Scientists have found the most likely source of Yemen’s cholera epidemic, which is the worst in recorded history.

Using genomic sequencing, researchers at the Wellcome Sanger Institute and Institut Pasteur concluded the strain of cholera originated in eastern Africa and was carried to Yemen by migrants.

They hope the data will help estimate the risk of future outbreaks and be used to better target interventions.

Since 2016 the epidemic has affected a million people and caused 2,770 deaths.

It has amplified the suffering of civilians caught up in a three-year civil war between forces loyal to the internationally-recognised President Abdrabbuh Mansour Hadi, who is backed by a Saudi-led coalition, and the rebel Houthi movement.

As a result of the fighting and a partial blockade by the coalition, some 16 million Yemenis lack access to safe drinking water, sanitation and basic healthcare, and 10 million do not know where their next meal will come from.

Cholera is an acute diarrhoeal infection caused by ingestion of food or water contaminated with the bacterium Vibrio cholera. In severe cases, the disease can kill within hours if left untreated.

Yemen has experienced two waves of cholera cases since the war began, according to the World Health Organisation.

To understand the nature of the strain of bacteria behind the epidemic, the researchers sequenced the genomes of 42 cholera samples collected in Yemen itself and from a Yemeni refugee centre on the Saudi Arabia-Yemen border, along with 74 other cholera samples from South Asia, the Middle East and Africa.

They were compared to a global collection of more than 1,000 cholera samples from the current and ongoing pandemic, known as the seventh cholera pandemic, which began in the 1960s and is caused by a single lineage of Vibrio cholera.

The researchers found that the cholera strain causing the Yemen epidemic was related to one first seen in 2012 in South Asia that had spread globally, but also that the Yemeni strain did not arrive directly from South Asia or the Middle East.

This particular cholera strain was circulating and causing outbreaks in Eastern Africa between 2013 and 2014, prior to appearing in Yemen in 2016. 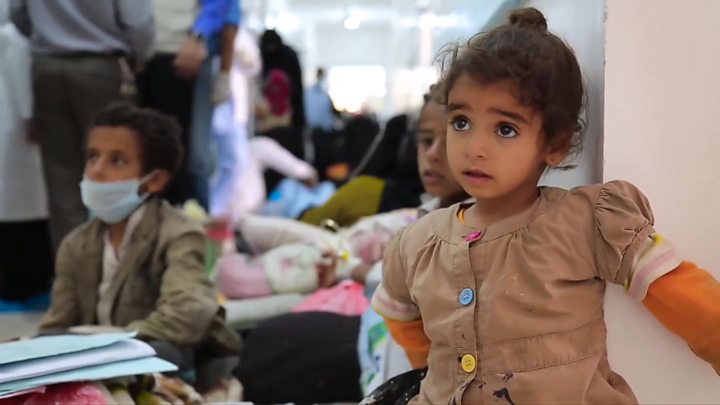 The findings contradicted previous theories that the two waves of cholera in Yemen were caused by two different strains.

“Knowing how cholera moves globally gives us the opportunity to better prepare for future outbreaks. This information can help inform strategies for more targeted interventions with the ultimate aim of reducing the impact of future epidemics,” said Professor Nick Thomson of the Wellcome Sanger Institute.

The researchers also surprisingly discovered that the strain in Yemen was less resistant to antibiotics than most strains of cholera that have cause epidemics, making itself more susceptible to treatment.

Despite the ongoing war in Yemen, it has remained a transit country for thousands of migrants escaping deteriorating economic and political situations in African countries and seeking opportunities in the Arabian Peninsula.

In 2017, more than 87,000 migrants from the Horn of Africa came to Yemen, undertaking the often-perilous journey across the Red Sea or the Gulf of Aden.