Prime minister says the reshuffle will inject new blood into his government and help revive the economy. 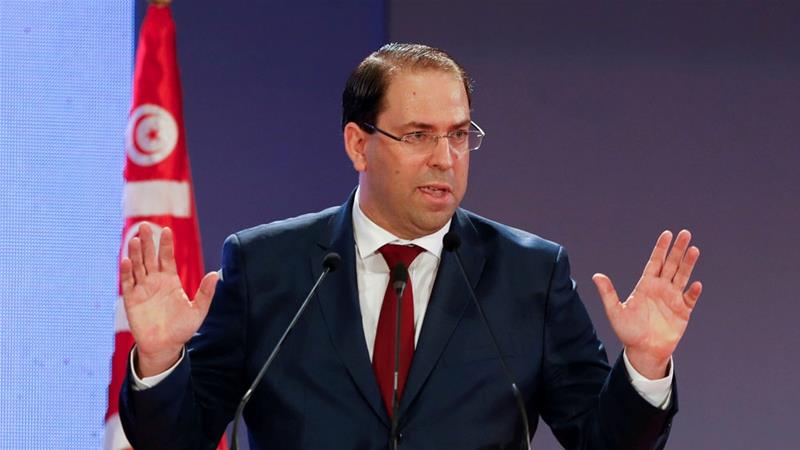 Tunisia’s parliament has approved a partial cabinet reshuffle proposed by the country’s prime minister last week, including the appointment of a Jewish businessman as tourism minister.

The vote on Monday came following a 12-hour marathon session during which Prime Minister Youssef Chahed pleaded for political continuity in the crisis-ridden North African nation.

Rene Trabelsi from the Island of Djerba is set to become the third member of the 2,000 strong Jewish community to take up a cabinet position since the country’s independence from colonial France in 1956.

Key portfolios such as the finance, foreign and interior ministries were kept unchanged.

While the ruling Nidaa Tounes party boycotted the session, those present voted overwhelmingly in support of the move, giving Chahed more than the 109 votes needed to prevent his government from collapsing.

Chahed’s decision to appoint 13 new ministers last week caused a rift with President Beji Caid Essebsi who complained about not having had enough time to consider the changes.

The president’s son and Nidaa Tounes chief, Hafed Caid Essebsi, has openly expressed his disagreements with the prime minister – who is also a member of the ruling party.

He has demanded the prime minister’s resignation over his inability to resolve the country’s economic crisis.

On Monday however, Chahed seemed confident that the reshuffle would allow him to effect the necessary changes to revive the economy.

“Since two years we were working under random shelling from friendly fire,” Chahed said in a speech in parliament, a veiled reference to his party leader and rival Hafed Essebsi.

“We have not found political support in the reforms and in the fight against corruption, this is no longer possible as we want clarity to move forward in reviving the economy and ending the political crisis,” he said.

The powerful general labour union, the UGTT, expressed its frustration with Chahed’s policies, including a proposal to overhaul loss-making public companies.

With unemployment hovering above 15 percent and inflation at eight percent, the Arab world’s newest democracy is struggling to overcome the current political stalemate despite the peaceful transition of power since Ben Ali’s overthrow in 2011.