Rouhani: New US sanctions have no effect on Iran's economy

President Hassan Rouhani says US sanctions announced last week have no effect as they were already reimposed earlier. 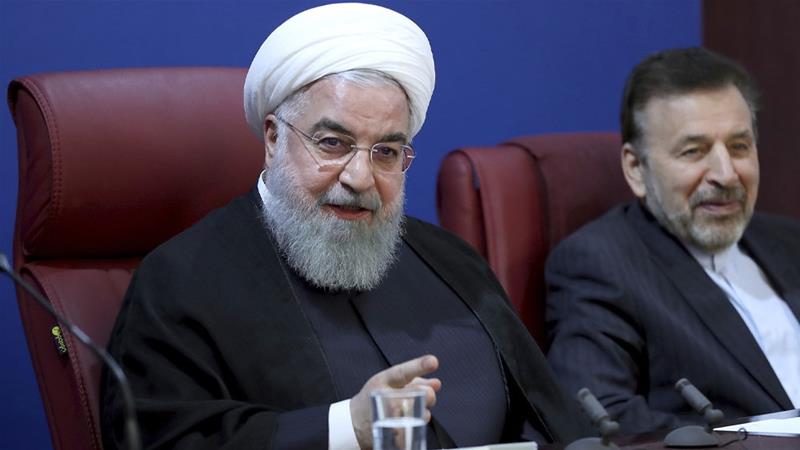 Iranian President Hassan Rouhani said on Saturday that US sanctions announced last week have had no effect on Iran’s economy because Washington had already practically reimposed them earlier.

“The sanctions have had no impact on our economy because America had already used all the weapons at its disposal and there was nothing new to use against us,” Rouhani said in remarks carried live on state television.

Washington last week reimposed a set of sanctions on Iran that aim to isolate the country’s banking sector and slash its oil exports.

The new sanctions have sparked furious reactions from Tehran, where Rouhani said his country would “proudly bypass your illegal, unjust sanctions”.

Washington vowed to be “relentless” in countering Iran, with Secretary of State Mike Pompeo saying the US wanted Iran to make a “180-degree turn” and abandon its “current revolutionary course.”

UN inspectors say Iran is abiding by an agreement reached with US President Donald Trump’s predecessor Barack Obama to draw down its nuclear programme. That deal was backed by European powers, Russia and China and sealed by a UN Security Council resolution.

The other parties in the nuclear deal have vehemently opposed the US move and vowed to keep alive the nuclear accord, technically known as the Joint Comprehensive Plan of Action.

In a separate development, the US granted Iraq a waiver to import natural gas and energy supplies from Iran for a period of 45.

“The United States has given Iraq a temporary relief from the sanctions for 45 days to continue purchasing natural gas and electricity from Iran,” the US Embassy in Iraq said in a video published on its official Facebook page on Thursday.