Israel Mourns After a Religious Festival Turns Into Disaster

At least 45 people died in what witnesses described as a “human avalanche” after some slipped on a wet floor in a narrow passageway where people were pouring out of one area of the celebrations. 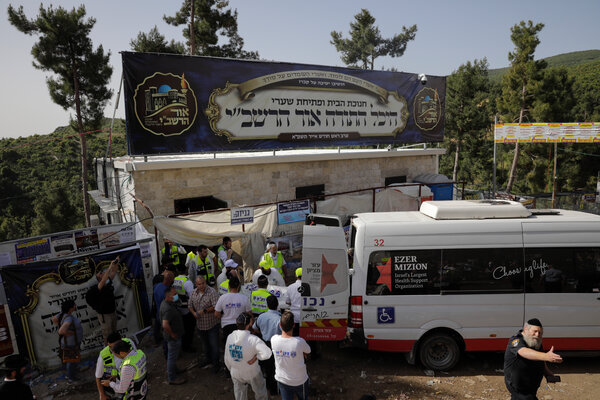 JERUSALEM — Israelis mourned on Friday the loss of life when a joyous pilgrimage that drew tens of thousands of ultra-Orthodox Jews abruptly turned into a tragedy. And although the country was largely united in grief and shock, questions immediately arose about poor planning and possible negligence.

Even for a country accustomed to the trauma of wars and terrorist attacks, the deadly crush that killed 45 people during a mass religious celebration on Mount Meron in the northern Galilee region counted as one of the worst disasters in Israeli history.

There had been warnings for years that the site’s patchy infrastructure could not safely handle large crowds.

“We will conduct a thorough, serious and deep investigation to ensure such a disaster does not happen again,” Prime Minister Benjamin Netanyahu pledged on a visit to the site on Friday. He called for a national day of mourning on Sunday. 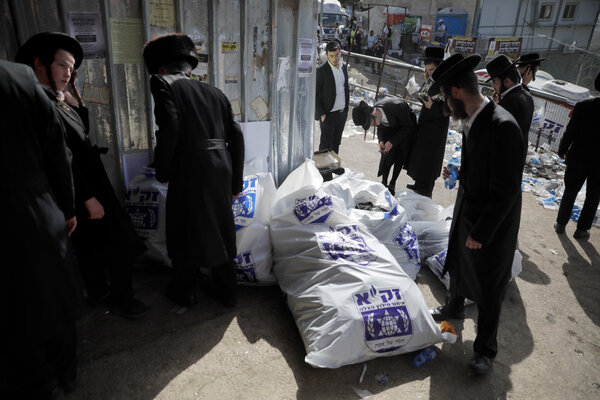 Up to 100,000 people were crammed onto the mountain late Thursday, most having arrived on organized buses to celebrate the holiday. The festivities turned to horror about an hour after midnight, when scores of adults and children were crushed and suffocated in an overcrowded, narrow passageway that turned into a death trap, according to witnesses.