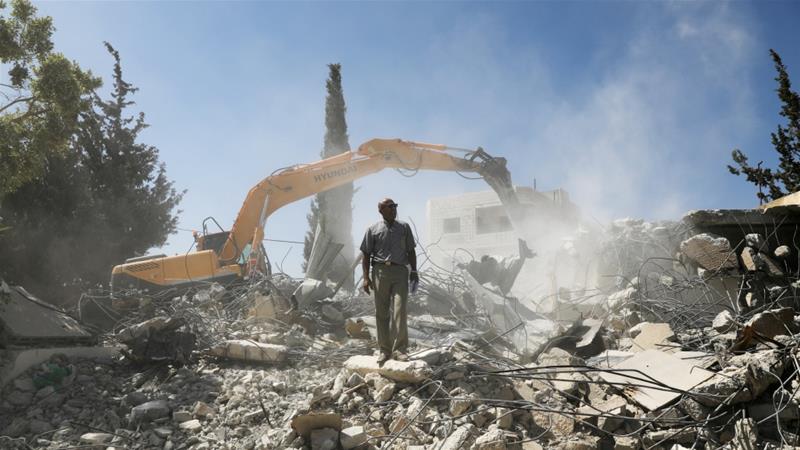 A court in Israel has issued a demolition order for a mosque in a town in occupied East Jerusalem for “lack of a construction permit”, Palestinian media reported citing local residents.

In response to the demolition notice, the Ministry of Endowments and Religious Affairs in Gaza issued a statement, circulated by Palestinian media, to condemn the order and warn Israel against the move.

It also called on the international community, the Arab League and the Organization of the Islamic Conference to protect Muslim holy sites and places of worship in Jerusalem.

Israeli authorities gave residents 21 days to challenge the order in the area where the Qaqaa Bin Amr mosque in Silwan town is otherwise the order would be carried out, according to media reports.

Built in 2012, the two-storey mosque accommodates hundreds of worshippers.

A similar demolition order was issued in 2015 but was never enforced.

In recent years, Israeli settlers have seized control of dozens of Palestinian homes in Silwan, which is close to the Al-Aqsa Mosque compound.

Israeli authorities have stepped up demolition campaigns in Jerusalem in recent weeks, razing dozens of Palestinian homes, particularly in Silwan.

According to Israeli advocacy group Ir Amim, authorities demolished homes in Palestinian areas of East Jerusalem at a significantly higher rate in 2019 than the previous year.

The 44 percent spike ended what had been a decline in demolitions between 2016 and 2018.

Israel said the houses demolished were built illegally and the destruction was court sanctioned. But Palestinians say they face a severe housing crisis fuelled by Israel’s reluctance to issue building permits.

Shortly after capturing East Jerusalem, Israel expanded the municipal boundaries to take in large areas of vacant land on which it later constructed Jewish settlements, which are considered illegal under international law.

At the same time, it sharply limited the expansion of Palestinian neighbourhoods, forcing many in increasingly crowded areas to build illegally.