Iran arms embargo: US has 'never been so isolated'

Iran’s FM spokesman Mousavi says despite US ‘pressure and the hawking’, it could not get enough support for its motion. 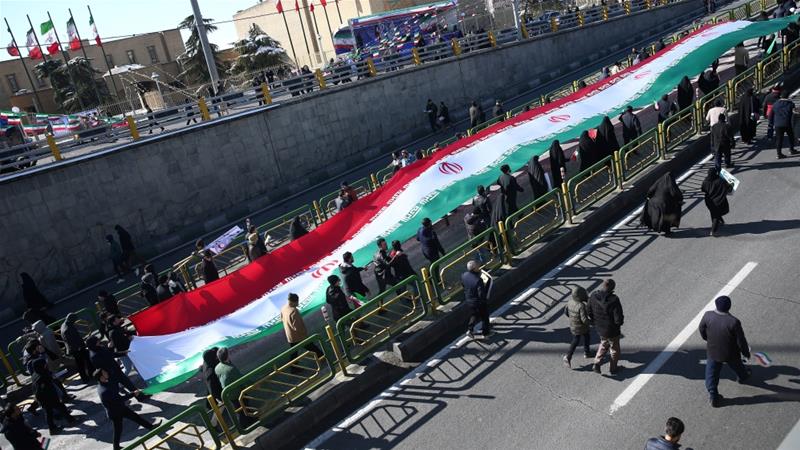 Iran has hailed the UN Security Council vote that rejected a US bid to extend an arms embargo on the Islamic republic, saying Washington has “never been so isolated”.

In the Security Council vote on Friday, the US got support only from the Dominican Republic for its resolution to indefinitely extend the arms embargo on Iran, leaving it far short of the minimum nine “yes” votes required for adoption.

Eleven members on the 15-member body, including France, Germany and the United Kingdom, abstained.

“In the 75 years of United Nations history, America has never been so isolated,” foreign ministry spokesman Abbas Mousavi tweeted.

“Despite all the trips, pressure and the hawking, the United States could only mobilise a small country (to vote) with them,” he added, in reference to failed efforts by US Secretary of State Mike Pompeo to rally support for a US resolution.

The embargo on conventional arms sales to Iran is due to expire on October 18 under the terms of a resolution that blessed the 2015 nuclear deal between Tehran and world powers.

Also reacting to the vote, Iran’s permanent representative to the United Nations Majid Takht-Ravanchi said that the Council’s message meant “no to unilateralism”.

“The US must learn from this debacle. An attempt to snapback sanctions is illegal, and was rejected by international community, as was evident today,” he added.

Al Jazeera’s Assed Baig, reporting from Tehran, said Iran considered the vote a “diplomatic victory over the US”, adding that Tehran would have reacting strongly if the arms embargo was extended.

“President Hassan Rouhani had promised a crushing response if the arms embargo was extended. Foreign minister Javad Zarif said the US’s approach was feckless and unpredictable,” he said.

“The Iranians therefore see this vote as a victory and will use it to show how little support the US has in its approach to Iran.”

Ahead of the vote, Iran issued a warning to the United States after it circulated the resolution that would indefinitely extend a UN arms embargo on Tehran.

Rouhani said there would be “consequences” if the UN Security Council were to back the new US resolution.

President Donald Trump unilaterally withdrew the United States from the nuclear deal in 2018, escalating tensions between the longtime rivals.

Police search for man after Flinders Street station sex assault
We and our partners use cookies on this site to improve our service, perform analytics, personalize advertising, measure advertising performance, and remember website preferences.Ok