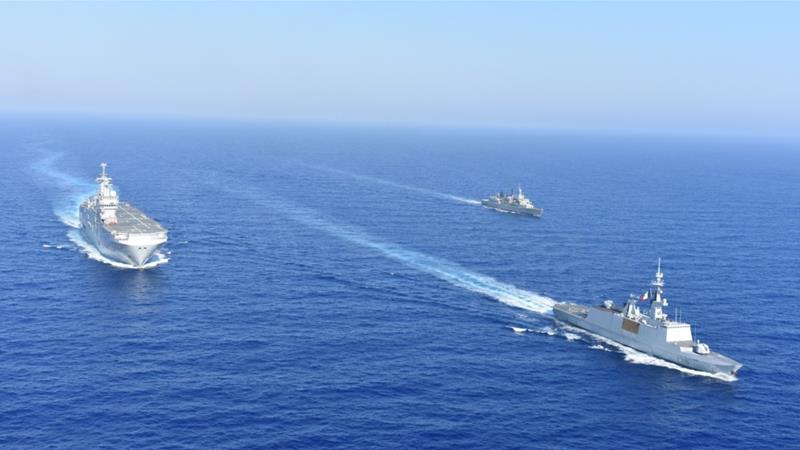 Third countries might be invited to talks aimed at easing a dispute between Greece and Turkey about energy rights that has brought warships to the eastern Mediterranean, a top European Union official has said, in advance of an EU summit from September 24-25 which will discuss the tensions.

While visiting Athens on Tuesday, European Council President Charles Michel said he was hopeful a commitment for talks would be made soon and that a negotiating process involving several countries could help facilitate an agreement.

“We are discussing the idea of a multilateral conference because, beyond bilateral dialogue, there is probably the need to bring the different countries to the table in order to deal with the different issues,” Michel said. He did not elaborate.

Greek Prime Minister Kyriakos called for European “solidarity” on the issue and a renewed migrant crisis, and said his country was ready to enter exploratory talks with Turkey “immediately” on the maritime zones if Ankara ended its “provocations” in the region.

“Exploratory talks actually cover all disputed issues between Turkey and Greece … The previous government [in Greece] … didn’t want to actually restart. And this government also has not been willing to restart the exploratory talks, so we have to make an agreement,” he said.

Greece and Turkey have been involved in a standoff at sea for weeks over maritime boundaries in an area between Turkey’s coast, the divided island nation of Cyprus and several Greek islands that Greece claims as its jurisdiction.

A Turkish research ship that has been operating in the area to Greece’s consternation returned to port for maintenance, giving EU diplomats a window to launch negotiations.

EU members are also mulling sanctions against Turkey for its exploration, a move decried by Ankara as lacking any legal foundation.

Germany, which currently holds the EU’s rotating presidency and launched an effort in July to broker direct Greek-Turkish negotiations, is a likely candidate to participate, if the discussions are broadened.

NATO has also organised contacts between Greek and Turkish military officials in hopes of preventing the use of force in the disputed area of the eastern Mediterranean.

The two countries have sent warships as part of an armed forces buildup that has included both conducting multiple military exercises.