A Fragile Israeli Coalition, With Some Underlying Glue

JERUSALEM — A new Israeli government united in its determination to oust Prime Minister Benjamin Netanyahu, but in agreement on little else, is set to take office Sunday under a right-wing leader whose eight-party coalition includes the left and, for the first time, an independent Arab party.

Even Sunday’s confidence vote in the Knesset, or parliament, that would usher in the first change in Israeli leadership in a dozen years is not a done deal, given the razor-thin majority of Naftali Bennett’s coalition with its 61 seats in the 120-member chamber. But every indication is that the votes to make Mr. Bennett prime minister are locked in, absent some 11th-hour drama.

A signed coalition agreement was formally presented to the Knesset secretariat Friday, the last step before a vote and the swearing-in of the new government.

Survival will then become the issue. Israel’s parliamentary democracy veered in a presidential direction under Mr. Netanyahu. In the end, his increasingly dismissive style had alienated too many people, especially among nominal allies on the right.

Agreement to return to democratic norms may be the underlying glue of the unlikely coalition.

“The parties are disparate, but they share a commitment to reconstitute Israel as a functioning liberal democracy,” said Shlomo Avineri, a prominent political scientist. “In recent years we saw Netanyahu begin to govern in a semi-authoritarian way.”

After agreement was reached Friday on the government program, Mr. Bennett said: “The government will work for all the Israeli public — religious, secular, ultra-Orthodox, Arab — without exception, as one. We will work together, out of partnership and national responsibility, and I believe we will succeed.” 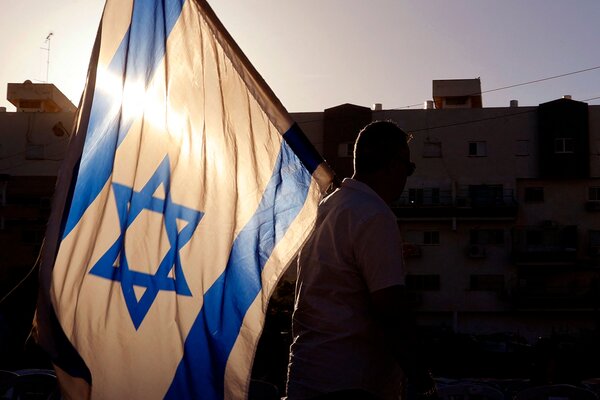 Success will require constant compromise. “They will not deal with the highly contentious issues between left and right,” said Tamar Hermann, a professor of political science at Israel’s Open University.

In practice, that means a likely concentration on domestic rather than foreign affairs. Israel has not had a budget in more than two years of political turmoil and repetitive elections. Mr. Bennett, a self-made tech millionaire, is determined to deliver higher standards of living and prosperity to a population weary of such paralysis.

The delicate questions to be deferred or finessed would include any renewed peace negotiations with the Palestinians and any major settlement expansion in the West Bank.

Although Mr. Bennett was once a leader of the main settler movement in the West Bank and has called for the annexation of parts of the territory Israel captured in 1967, he seems certain to be constrained by centrist and left-wing members of the coalition and by the pragmatism that survival demands.

“Hard core people of the right, we have the evidence, become more centrist in office,” Ms. Hermann said. “Bennett was not prime minister when he made his pro-settlement statements.”

Mr. Bennett, 49, like other prominent members of the prospective cabinet, has waited a long time to emerge from Mr. Netanyahu’s shadow. Yair Lapid, 57, the incoming foreign minister, and Gideon Saar, 54, who would become justice minister, are other prominent politicians of a generation weary of being sidelined by the man many Israelis had come to dub the King of Israel. They will not want to return to the shadows.

Mr. Lapid, a leading architect of the coalition, would become prime minister in two years under the deal that made an alternative to Mr. Netanyahu possible — another incentive for him to help make the government work.

Still, it may not. The parties, ranging from Mr. Bennett’s Yamina party on the right to Labor and Meretz on the left, disagree on everything from L.G.B.T.Q. rights to public transportation on Shabbat.

They will come under withering, constant attack from Mr. Netanyahu’s center-right Likud party. It is conceivable that Mr. Netanyahu will be ousted from Likud at some point, whereupon the right-wing members of the coalition may return to their natural alliances.