Rupee surges 26 paise against US dollar in early trade

Capturing the Magic of Movies

The long-awaited Academy Museum of Motion Pictures recognizes many of those who worked behind the scenes and comes to terms with Hollywood’s past. 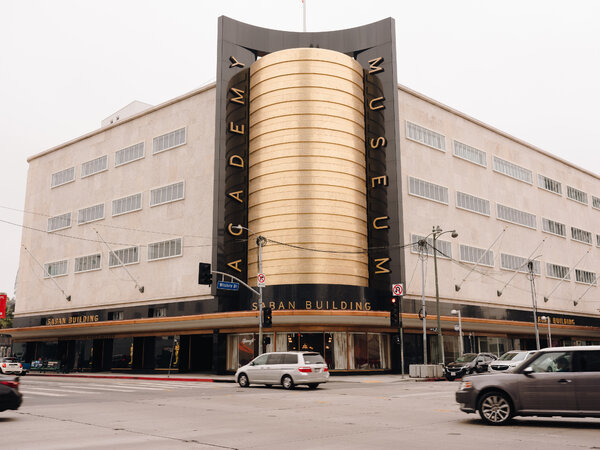 The following are some of the stocks making big moves in Wednesday’s pre-market trading (as of 06.00 A.M. EDT).

FirstCash, Inc. (FCFS) said its revenue and earnings momentum continued to accelerate in the third quarter, driven by 29% growth in pawn receivables over a year ago and the continued strength of retail operations in both the U.S. and Latin America. The company also announced an 18-store acquisition of U.S. pawn stores in the Gulf Coast region which gives it a total of 96 store additions in the U.S. and Latin America in the current year.

Third-quarter adjusted profit per share was $0.84 compared to $0.59, prior year. On average, seven analysts polled by Thomson Reuters expected the company to report profit per share of $0.81, for the quarter. Analysts’ estimates typically exclude special items. Adjusted EBITDA for the third quarter increased 39%, from last year. Net profit was $33.40 million or $0.82 per share compared to $15.06 million or $0.36 per share.

The Board of Directors declared a $0.30 per share quarterly cash dividend to be paid in November 2021.

Wintrust Financial Corp. (WTFC) revealed a profit for its third quarter that rose from last year.

Analysts had expected the company to earn $1.51 per share, according to figures compiled by Thomson Reuters. Analysts’ estimates typically exclude special items.

A report released by the Commerce Department on Tuesday showed an unexpected decrease in new U.S. residential construction in the month of September.

The Commerce Department said housing starts fell by 1.6 percent to an annual rate of 1.555 million in September from a revised rate of 1.580 million in August.

Economists had expected housing starts to inch up to a rate of 1.620 million from the 1.615 million originally reported for the previous month.

The report also showed building permits plunged by 7.7 percent to an annual rate of 1.589 million from a revised rate of 1.721 million in August.

Building permits, an indicator of future housing demand, were expected to drop to a rate of 1.680 million from the 1.728 million originally reported for the previous month.

Rupee surges 26 paise against US dollar in early trade

At the interbank foreign exchange, the domestic unit opened strong at 75.10 against the US dollar and further strengthened to 75.09, showing a sharp gain of 26 paise against the previous close.

The rupee appreciated 26 paise to 75.09 against the US dollar in opening trade on Wednesday, supported by lower crude prices and a weak American currency in the overseas markets.

At the interbank foreign exchange, the domestic unit opened strong at 75.10 against the US dollar and further strengthened to 75.09, showing a sharp gain of 26 paise against the previous close.

The rupee had settled at 75.35 against the US currency in the previous session.

The domestic currency market was closed on Tuesday for the ‘Id-E-Milad’ holiday.

The dollar index, which gauges the greenback’s strength against a basket of six currencies, slipped 0.06 per cent to 93.67.

Foreign institutional investors were net sellers in the capital market on Tuesday, as they offloaded shares worth Rs 505.79 crore, according to exchange data.