No. 8 Memphis Grizzlies shock No. 1 seed Utah Jazz in Game 1 of their first-round series

‘This is on me’: Anthony Davis takes the blame for Lakers’ Game 1 loss to Suns

As soon as he sat down in front of a television camera, Los Angeles Lakers forward Anthony Davis analyzed his performance with the kind of forcefulness he should have shown on the court.

Davis rightfully scrutinized his game after the Lakers experienced a 99-90 loss to the Phoenix Suns on Sunday in Game 1 of their first-round playoff series.

“There’s no way we’re winning a game, let alone the series, with me playing the way I played,” Davis said after he scored just 13 points on 5-for-16 shooting. “This is on me. I take whatever responsibility, for sure. I’ll be ready for Game 2.”

Not only did the Lakers like that Davis offered self-criticism, they also sensed he was already beginning to make adjustments for Tuesday's Game 2 well before the next film session and practice.

“It’s always AD being AD,” Lakers forward LeBron James said. “Any time he come to the press room and tells you we can’t win without him or with him playing the way he played, he always responds. I’m looking forward to that.”

Test your brains with the Herald’s afternoon quiz. Be sure to check back on nzherald.co.nz for the morning quiz tomorrow. 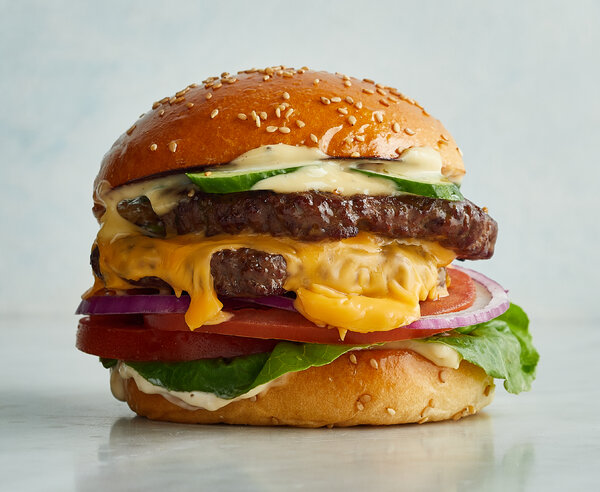 Good morning. We’re just a week out from Memorial Day weekend, our second of the pandemic, and if last year’s celebration was subdued and solitary, this one may see those vaccinated out in the parks in droves, grilling and hugging, playing cornhole, flying kites in the sun. We have loads of recipes for that eventuality. (Also, this helpful 2014 reminder, from The Root, of the essential differences between a cookout and a barbecue.)

Ian King speaks to the mayor of London, Sadiq Khan, about plans to extend the Northern Line Tube service.

Plus, hear from PwC’s leader of industry for consumer markets, Lisa Hooker, about figures which suggest retail sales are on the rise.

Bringing Back A City's Façade from Decay

The Ivory Coast resort town of Grand-Bassam is known for its beaches and French colonial architecture. Recent flooding and the passage of time have taken a toll on the city’s historic buildings, but some people are determined to fix things.

The future of the NBA is in good hands.

Fans got a glimpse of what's to come for the league during Sunday's slate of playoff games, as a handful of young stars came up big in their postseason debuts to lead their teams to wins in their first-round series openers.

Phoenix Suns guard Devin Booker, who toiled under .500 for the first five seasons of his career, closed out the defending-champion Los Angeles Lakers with his backcourt mate Chris Paul compromised by a shoulder injury. Atlanta Hawks guard Trae Young finished off the New York Knicks with a beautiful game-winner despite the world's most famous arena raining down profane boos.

And in the biggest upset from the first weekend of the playoffs, Ja Morant and Dillon Brooks showed no fear in leading the Memphis Grizzlies, the youngest playoff team in a decade, past the top-seeded Utah Jazz.

No. 8 Memphis Grizzlies shock No. 1 seed Utah Jazz in Game 1 of their first-round series

The Memphis Grizzlies weren't intimidated being the youngest team in the NBA playoffs. The Utah Jazz, who had the NBA's best record, found out by testing them Sunday.

Donovan Mitchell tried to trash talk Kyle Anderson from the sidelines, Anderson mouthed back and the two had to be separated. Dillon Brooks and Mike Conley traded words in the first quarter and Brooks got even with a third-quarter scoring explosion.

When the Jazz got close in the fourth quarter, the Grizzlies traded scrappy play for guts and composure. Brooks escaped from the defense for a driving layup with 3.4 seconds left.

The No. 8-seeded Grizzlies brought a fight to Salt Lake City and didn't back down on their way to a 112-109 road win over the Western Conference's No. 1 seed.