Defying precedent, Trump says he will give Republican convention speech from the White House lawn

Stocks faltered as worries about a delay in US fiscal stimulus discouraged some investors from taking on risk. MSCI’s broadest index of Asia-Pacific shares outside Japan fell 0.24%, although shares in Japan rose 0.07%.

Chinese shares erased early gains and fell 0.1% as a slower-than-expected rise in industrial production and a surprise fall in retail sales weighed on investor sentiment.

Further equity gains are likely to be limited as investors await progress in negotiations over US economic stimulus.

The mood was cautious in Asia after Chinese retail sales unexpectedly fell in July, suggesting domestic demand is still struggling after the coronavirus outbreak. 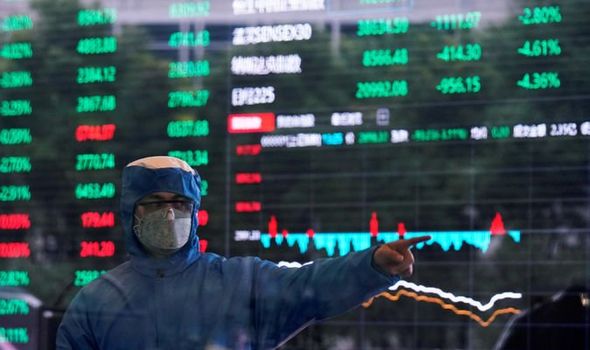 The former chief executive officer of Hertz Global Holdings, Mark Frissora, agreed to pay about $2.2 million to settle the U.S. Securities and Exchange Commission’s
claims that he played a key role in causing the now-bankrupt car-rental company to file inaccurate financial statements in 2013.

Frissora neither admitted nor denied the SEC’s allegations but will refund Hertz about $1.98 million in bonus and other incentive-based compensation. He will also pay a $200,000 penalty to the U.S.The settlement is subject to court approval.

In addition, the complaint alleged that Frissora approved Hertz’s reaffirming its earnings guidance in November 2013, despite Hertz’s internal calculations that projected lower earnings per share figures.

The complaint also alleged Hertz revised its financial results in 2014 and restated them in July 2015, reducing its previously reported pretax income by $235 million.

In December 2018, Hertz agreed to pay $16 million to settle related fraud and other charges brought by the SEC and in December 2019, the SEC issued a settled Order against Hertz former Controller Jatindar Kapur.

Australia’s economy is set to log a slow recovery given the ongoing spread of the coronavirus and the response to contain it, the Reserve Bank of Australia said in its quarterly Statement on Monetary Policy, released Friday.

According to baseline scenario of RBA, GDP is expected to contract by around 6 percent over the year to December 2020, but then grow by around 5 percent over 2021.

The outlook for 2020 was largely unchanged from the previous projection but downgraded the projection for 2021 from 6 percent.

“We now think that, even though the initial contraction was smaller, the subsequent recovery is likely to be more protracted and progress on reducing unemployment will be slower,” Luci Ellis, RBA Assistant Governor, said.

“The recovery is expected to be slow and uneven, and GDP will probably take several years to return to the trend path expected prior to the virus outbreak,” Ellis said.

The recent outbreak of the coronavirus in Victoria and the associated introduction of restrictions on activity are likely to reduce national GDP growth by at least 2 percentage points in the September quarter.

A contraction in demand represents an enormous shock to the labor market, Ellis noted.

Underlying inflation is expected to remain below 2 percent over the next couple of years.