The extension comes amid a continued spike in infections, making Peru’s lockdown one of the longest in the world. 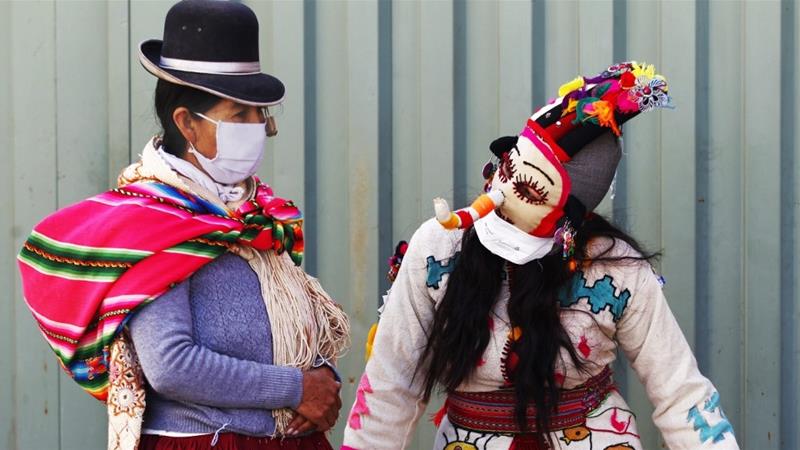 Peru has extended its state of emergency and a nationwide lockdown until the end of June, marking one of the world’s longest periods of mandatory isolation aimed at containing the coronavirus outbreak.

The extension on Friday is the fifth time the Andean nation of 32 million people has extended its shutdown, first imposed in mid-March.

The decision by President Martin Vizcarra comes amid a continued spike in new infections.

By the June 30 expiration, Peru would have lived under lockdown for more than three and a half months, outlasting restrictions in Italy, Spain and China, some of the hardest-hit countries in the pandemic.

Vizcarra announced the extension in a televised address from the capital, Lima.

“We declare a state of national emergency from Monday, May 25, to Tuesday, June 30, and order mandatory social isolation,” Vizcarra was quoted as saying by the official Andina news agency.

He said the latest extension would come with more “flexibility”, including the gradual reopening of certain sectors such as household appliance sales, hair salons and dental services.

Restrictions on some sports will also be relaxed, including professional football, though games will take place in stadiums without an audience.

“We must move to a new coexistence, which allows us as a society to be more caring, more responsible, disciplined, respectful of the minimum standards of behaviour so as not to harm the people we love the most,” Vizcarra said.

Experts blame the spike in cases on the public’s failure to respect quarantine recommendations.

Action Against Hunger, a global charity, said on Friday that restrictions on movement are difficult to sustain because of food insecurity.

“In Lima, the street market did not take long to reappear after more than 40 days of isolation, and there is no longer respect for social isolation requirements,” said America Arias, Country Director for Action Against Hunger in Peru.

The group said some 165,000 people who lost their jobs have requested humanitarian transfers to leave the capital and return to their hometowns.

“We are seeing groups of people camped out on the edge of the country’s roads, waiting for transport. There have already been reports of children dying during the journey, as well as of fatalities and roadside killings,” Arias said.

The group estimates the pandemic could push more than 29 million people into poverty in Latin America.

Meanwhile, the World Health Organization (WHO) said South America is a “new epicentre” of the viral infection that has infected more than 5.2 million people and killed some 337,000 people globally.

Brazil is the most affected country. With more than 330,000 cases, it overtook Russia on Friday to become the nation with the second-highest number of infections, behind only the United States.

“In a sense, South America has become a new epicentre for the disease. We have seen many South American countries with increasing numbers of cases,” Mike Ryan, the WHO’s emergencies director, told a virtual news conference.

“Clearly there is a concern across many of those countries, but clearly the most affected is Brazil at this point,” he said.